House of Gucci review: An operatic pantomime that is flawed but fun 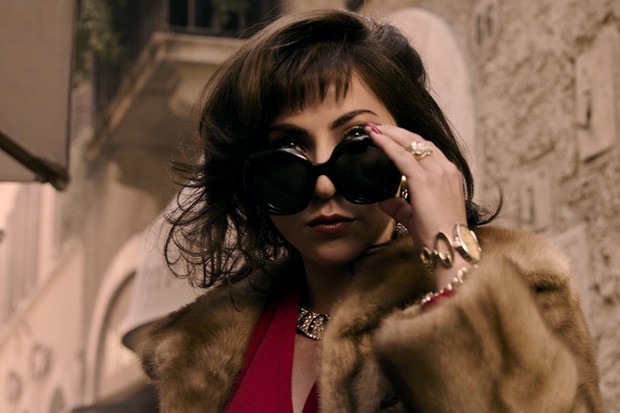 There’s plenty to relish in the latest epic from Ridley Scott – even as it suffers from pacing issues and tonal inconsistencies.

Ridley Scott is showing no signs of slowing down in old age, and barely two months after his last film – the historical epic The Last Duel – arrived in UK cinemas, the veteran filmmaker is already back with another new movie. House of Gucci, which is released this Friday, is an epic of a rather different sort – telling the true story of Patrizia Reggiani, a young woman who escapes her humble beginnings by marrying into the titular family of fashion designers. Across a mammoth 2-hour-40-minute runtime, the film chronicles her whirlwind romance with high-flying Maurizio and the wide-ranging repercussions that follow as things inevitably turn sour – both in her own relationship and in the Gucci family at large.

It’s undoubtedly a fascinating tale and is told with all the resplendent grandeur you might expect here – although it sometimes seems as if it’s pitched rather uncomfortably between glossy prestige picture and high camp melodrama, when it would have done better to commit more fully to just one of those approaches. The result is something that is at times riotously fun but also tonally all over the shop – an operatic pantomime full of dodgy accents, sumptuous costumes, and line readings that seem destined to live on as reaction gifs for many years to come.

At the centre of it, are Lady Gaga and Adam Driver, who play Patrizia and Maurizio respectively. Much has already been made of Gaga’s Oscar chances in only her second major screen role (after 2018’s A Star Is Born) and she’s certainly a magnetic presence in the lead, full of charisma and charm and – when the script demands it – menace, even if the nine months she reportedly spent perfecting her Italian accent seems to have been rather wasted. Next to her, Driver is a more understated presence, grounding the film with by far the most naturalistic turn on show, although he too tries his best to adopt an accent.

The performances around that central pair are almost universally hammy – with Al Pacino, Salma Hayek and Jeremy Irons among those to turn in enjoyable scenery-chewing performances. By far the biggest swings, however, are taken by Jared Leto – in heavy prosthetics as Maurizio’s cousin Paolo – who delivers a comically flamboyant turn that will delight some but which I found to be rather obnoxious. It’s the kind of performance that might have worked had he been a comedy side-character with just a few contributions, but the more he becomes involved the more tiresome this broad stereotype becomes, and I found that initial amusement rather quickly turned to annoyance. There’s absolutely nothing wrong with cartoonish, theatrical performances – and indeed they seem well suited to the subject matter – but the problem in House of Gucci is that they don’t always coalesce with each other, heightening the sense of unevenness already felt in the movie.

From a dramatic point of view, the film is strongest in its first hour – as we are first introduced to the various players and watch Patrizia slowly ingratiate herself into the clan, while also learning of some of the many rifts in the Gucci empire. There are some great scenes in these early stages – including a magnificent encounter between senior Gucci brothers Rodolfo and Aldo (Irons and Pacino respectively) – and the stage seems to be being set for something which could be rather special.

Unfortunately it never quite lives up to that early promise, and in its latter stages, the film is hampered by a script that seems more determined with delivering iconic lines and moments than in properly examining Patrizia’s descent into revenge. The film is also overlong and suffers from some major pacing issues in its second half, often stalling when it should be at its most propulsive and subsequently lacking the requisite tension, gravitas and emotional heft for it to have the intended impact.

But there is still enough to enjoy about the film for it to be recommended; there are allusions to The Godfather, a soundtrack that mixes pop hits of the ’80s with Italian classical music, and the simple joy of watching performers and director alike giving it everything they’ve got – even if not everything lands. It’s not perfect by any means, but you’d have to be pretty hard-hearted not to find at least something to relish here.

House of Gucci opens in UK cinemas on 26th November 2021. Looking for something to watch on telly this evening? We’ve got you covered. Check out our TV Guide or visit our dedicated Movies hub for the latest film news and recommendations.