How Did Shawn Die in All American? Who Killed Him?

‘All American‘ is a teen drama series that is loosely based on the life of former NFL footballer Spencer Paysinger. The series follows Spencer (Daniel Ezra), a high school football prodigy who moves to an elite school to achieve his dream of becoming a professional footballer. Spencer originally hails from a rough South Crenshaw neighborhood, and Shawn (Jay Reeves) is one of his close friends from the place. However, Shawn’s story takes a completely opposite direction to that of Spencer’s and ends in his shocking demise. If you are curious to find out what led to Shawn’s tragic death and who killed him, here’s everything you need to know!

How Did Shawn Die in All American?

Shawn Scott is a recurring character in the first season of ‘All American’ and is introduced in the pilot episode. He grew up in South Crenshaw alongside Spencer and Coop. After Spencer transfers to Beverly Hills High, Shawn and Coop become closer. His brother, Brandon, was a part of Tyrone’s gang, and after his death, Shawn becomes a member of the gang. He later becomes the father of a baby girl, Maya. Shawn is forced to sell drugs in order to take care of his daughter.

After a series of events, Shawn finds himself on Tyrone’s bad side. Shawn desires to leave his gangster lifestyle behind to provide for Maya. Despite Coop and Spencer’s warnings, he tells Tyrone about his wish to leave the gang. Shawn pays his debt to Tyronne and leaves. He excitedly calls Coop to tell her the news but is shot dead in front of his house.

At first, it seems like rival gang members killed Shawn as a part of revenge killings resulting from the ongoing disputes between the South Crenshaw gangs. Shawn’s death immensely affects Coop and Spencer. Spencer blames himself for not doing enough for his friend, and Coop decides to immerse herself in the gang’s activities to avenge Shawn’s death. It is later revealed that Shawn was actually killed by Tyrone. Shawn and Brandon’s mother, Ruth, later murders Tyrone as revenge for her sons’ death. 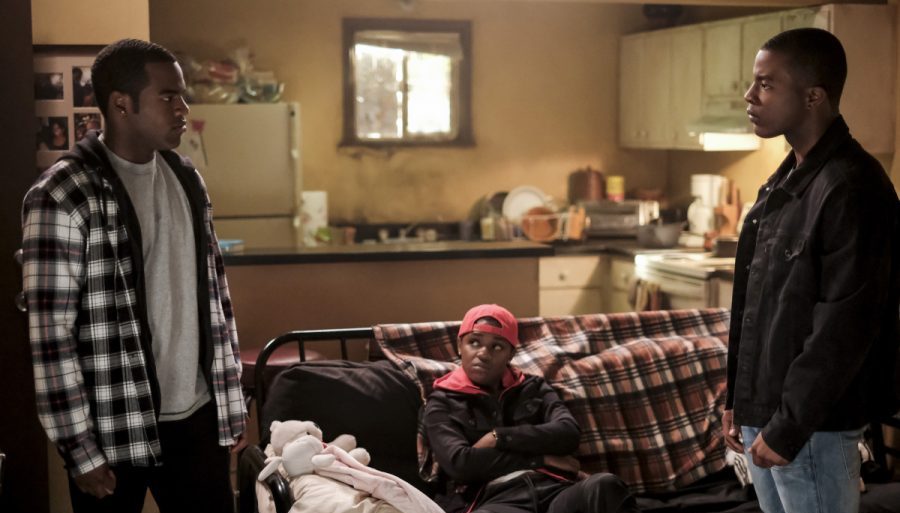 Shawn’s death amplifies the dangers of living in a rough neighborhood and helps us understand the world the characters inhabit. Through Shawn, we get a look at how young adults are drawn towards a life of crime and violence. Despite his best efforts to free himself of his past crimes and start a new life, Shawn ultimately falls prey to gang warfare. His death happens early in season 1 (episode 8), which furthers the emotional conflicts of main characters like Spencer and Coop while setting up a compelling mystery that drives the plot for a number of episodes.

Read More: Does Coop Die in All American? Is Bre-Z Leaving the Show?