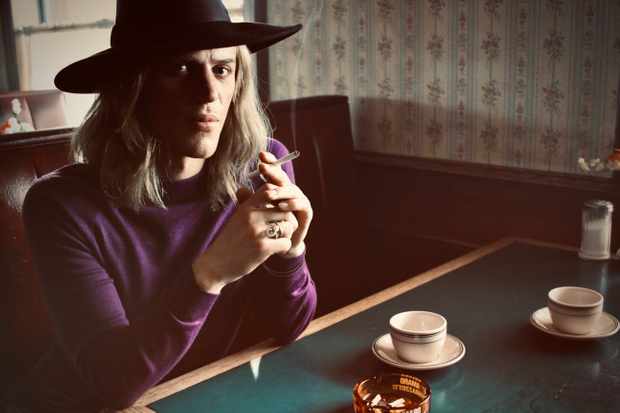 The last few years have seen a number of high profile music biopics – with Freddie Mercury and Elton John among the legends to have their story told on the big screen, and next in line is David Bowie.

Stardust will see Lovesick star Johnny Flynn play the iconic musician, focusing on his first road trip to America and the creation of his legendary alter-ego Ziggy Stardust.

It’s worth noting that the film differs from other recent music biopics such as the aforementioned Bohemian Rhapsody and Rocketman, in that it has been produced without the co-operation of Bowie’s estate.

As such none of the star’s music appears in the film, although Flynn does sing covers of other songs that Bowie himself had covered.

Read on for everything you need to know about how to watch the film, as well as who’s in the cast and what events it covers.

When is Stardust released in the UK?

The film will be released to UK viewers on Friday 15th January 2021.

How to watch Stardust in the UK

With cinemas across the country currently closed due to another coronavirus lockdown, the film will instead be released on digital platforms only.

It will be available to buy on a range of Video On Demand platforms at an as-yet-unspecified price, likely including iTunes, Amazon Prime and Google Play.

What is Stardust about?

Set in 1971, the film chronicles the events of David Bowie’s first US tour, which inspired the creation of his Ziggy Stardust persona.

The official synopsis reads, “Meet David before Bowie. One of the greatest icons in music history; But who was the young man behind the many faces?

In 1971, a 24 year old David Bowie embarks on his first road trip to America with Mercury Records publicist Ron Oberman, only to be met with a world not yet ready for him.

“STARDUST offers a glimpse behind the curtain of the moments that inspired the creation of Bowie’s first and most memorable alter ego Ziggy Stardust, capturing the turning point that cemented his career as one of the world’s greatest cultural icons.”

The lead role of Bowie is played by musician and actor Johnny Flynn, whose previous big-screen credits include Clouds of Sils Maria, Beast and Emma.

He is joined in the cast by comedian Marc Maron (GLOW) as his US publicist Ron Oberman and Hunger Games star Jena Malone as his wife at the time Angie Bowie, while Derek Moran (Ransom), Anthony Flanagan (Shameless), Julian Richings (Polar) and Aaron Poole (Disappearance at Clifton Hill) all have supporting roles.

What David Bowie songs are in Stardust?

No David Bowie songs will appear in the film, after the late star’s estate refused to grant permission to the filmmakers.

Writing about the film in 2019, Bowie’s son, the film director Duncan Jones, explained on Twitter, “I’m not saying this movie is not happening. I honestly wouldn’t know.

“I’m saying as it stands, this movie won’t have any of Dad’s music in it, & I can’t imagine that changing. If you want to see a biopic without his music or the family’s blessing, that’s up to the audience.”

Im not saying this movie is not happening. I honestly wouldn’t know.
Im saying that as it stands, this movie won’t have any of dads music in it, & I can’t imagine that changing. If you want to see a biopic without his music or the families blessing, thats up to the audience.

In lieu of any Bowie songs, Flynn recorded covers of various songs that Bowie himself had also covered for the film’s soundtrack. These include I Wish You Would by the The Yardbirds and My Death by Jacques Brel.

You can get a first look at the film by watching the trailer below, which starts with Flynn’s Bowie being asked the question, “Who or what is David Bowie?” during a US interview.