How to watch the Insidious movies in order 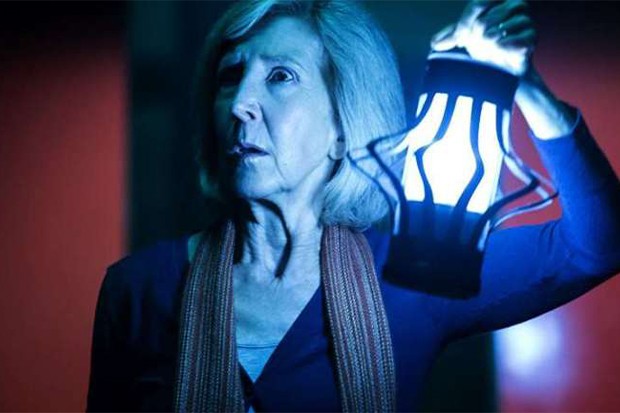 Horror as a genre has been much more a part of the mainstream in cinema in recent times with many different franchises coming along to try and scare us out of seats – and some doing a really good job at it.

One of the biggest going is the Insidious series, a franchise that began with a family dealing with evil spirits who want to kill them all via their comatose child who becomes a vessel for all the sinister spectres that want to cause them harm.

If that does not sound like too terrifying a watch for you and you fancy giving them a go before the next one comes along, and the potential crossover with the Sinister franchise, then here is all you need to know about the order to watch them.

There are two ways to watch these films and we’ll list the release order here first. There are prequels thrown in the mix so we will also let you know how to watch if you want to follow the story chronologically.

Nice and simple this, just watch through in the order below and you will have watched them all in the order that everyone did as they were being released.

With two prequel films in the series, here is the order to watch the films in if you want to follow the story in the order it happened. You’ll start with the prequels, and then finish up with the first two movies to be released.

It was all change for Insidious Chapter 3 as we got a new cast in a movie set long before the first two films took place. Leigh Whannell took over the directing duties from James Wan in his first feature film directorial debut – he has since directed 2018’s underrated Upgrade and last years reboot of The Invisible Man.

An evil figure that wears an oxygen mask and has the disturbing name of “Man Who Can’t Breathe” is the source of the scares in this one and he is up against Elise Rainier, someone who has long been dealing with bad spirits and despite her desire to put it all behind her, she soon learns that only she can help save Quinn Brenner – someone in grave danger from the great beyond.

Where to watch: Buy Insidious Chapter 3 on Blu-Ray at Amazon

A sequel to chapter 3 but still a prequel to the first two movies, Insidious: The Last Key once again tells the story of Elise Rainier who learns that the haunted home she grew up in has recently been purchased and that she will need to return there to help deal with the dangers that lie within.

This is the most recent entry in the Insidious franchise and Adam Robitel (Paranormal Activity: The Ghost Dimension) was behind the camera for it and while the overall reviews were mixed, many thought that it was a good conclusion to what we have seen from the series so far.

Where to watch: Buy Insidious The Last Key on DVD at Amazon

Starring Patrick Wilson, a man who is no stranger to horror movies as he also stars in the main films in The Conjuring series, this is the story of a comatose boy who is used as a vessel for malevolent spirits that want to kill his family – and we thought just a regular old coma was bad.

Insidious was a success upon release with the film being largely praised by critics and the scares coming thick and fast throughout. And despite the final act not quite living up to the rest of the film, it remains a fantastic horror flick and it’s little surprise that the franchise has kept going.

Where to watch: Buy Insidious on DVD at Amazon

Patrick Wilson and Rose Byrne returned for the second Insidious movie that found them still very much connected to the spirit world – despite neither of them wanting anything to do with it. James Wan was back on directing duties for this one and the film once again managed to bring the scares.

And it was another huge success at the box office too where it made a staggering $161,919,318 which sounds like even more money when you factor in that the budget for the film was only 5 million – a big success indeed.

Where to watch: Buy Insidious 1 and 2 on Blu-Ray at Amazon

Are the Insidious and The Conjuring movies connected?

Despite the fact that they could make the greatest horror franchise of all time if they were, sadly, the two franchises have nothing to do with each other. The biggest giveaway comes in the form of Patrick Wilson who appears in both and plays a very different character in each. There are plans to link Insidious up with the Sinister franchise though.