Is it necessary at this time .. Netizens scolding Sivakarthikeyan by Don trailer The trailer of the movie Don produced and starring actor Sivakarthikeyan was released yesterday. A grand ceremony was held for it. It was attended by all the film crew and actors.

The Don trailer has also been released and has been well received. Sivakarthikeyan is shown in the trailer as a college student.

In another scene, Sivakarthikeyan is reading a book titled ‘How to Torture Teachers’. .

Recently, a video of some school children in Tamil Nadu trying to insult Asians with inappropriate words went viral on the internet.

Many netizens have been criticizing Sivakarthikeyan for taking such a picture in a way that encourages students already in the country. 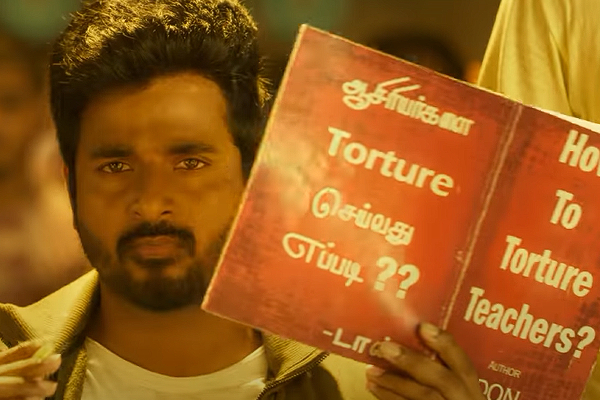