Is Lisey’s Story Based on a Stephen King’s Novel? Directed by Pablo Larrain and created by Stephen King from his own bestselling novel, ‘Lisey’s Story’ is a horror-thriller miniseries of considerable strength. The story follows the titular character, a widow of a famous author, who posthumously embarks upon a journey to rediscover herself after her husband’s untimely death. At the same time, she is followed by one of her husband’s psychopathic fans, who seeks to extract his unpublished manuscripts by scaring her. Staying true to the author’s predispositions, the horror of the story is humane, as it stems from turbulences in psychology. Atmospheric, brooding, slow-burning, and driven by the star powers of Julianne Moore and Clive Owen, the series creates enough tension to keep one hooked from the very first episode. However, if you are asking whether the story has a real-life basis, allow us to be your ally.

Is Lisey’s Story Based on a True Story?

No, ‘Lisey’s Story’ is not based on a true story. Although the story is fictional, it is a deeply personal one for the author. The series is directed by Pablo Larrain of ‘Jackie’ fame and based on Stephen King’s novel of the same name. In a rare occurrence, the author also wrote the screenplay himself to have complete autonomy over the creative process, whereas he has expressed his discontent before with some of the earlier adaptations of his works that excluded the author from his creation altogether. Examples include the highly acclaimed Stanley Kubrick classic ‘The Shining,’ which garnered overwhelming fan praise but failed to impress the author, who initially imagined the protagonist as an essentially good man morphed by cosmic diabolical forces. In the re-imagination of Kubrick, the protagonist becomes a psychopath, (driven by a delirious performance by the prolific Jack Nicholson), and the director bases the story on his own interpretation, erasing the boundaries between good and evil. 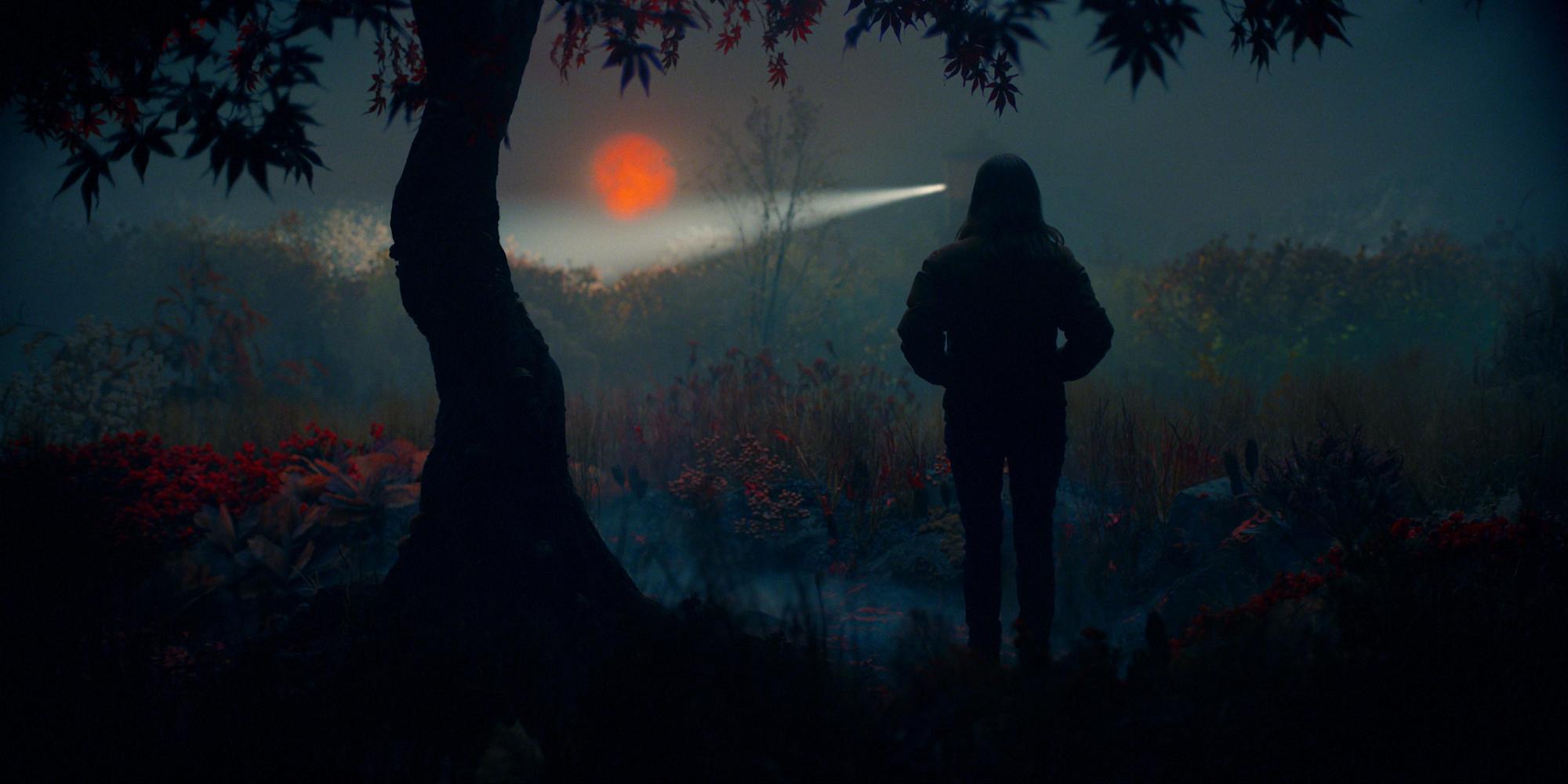 In Scott Landon’s imaginary world of Boo’ya Moon, however, there is no place for evil. Scott Landon is figured in the story as an internationally recognized author guided by his peculiar artistic vision. In this description alone, we find parallels between the creator and the character. The picture gains a little more clarity when we get to know that the inspiration behind the story is a near-death experience faced by the author, which in turn, profoundly impacted his ideas on mortality. Most of King’s novels stem from a simple “what-if” premise, and the present work followed the thought, “What if, one fine day, I found myself departed from life?”

The thought consumed the mind of the author as he was recovering from a fatal accident. As King himself reconstructed the events, June 19, 1999, was a day as any other. The writer saw his son off at the airport, came back to his home in western Maine, arranged for a movie night with family, and went out on his regular walk into the woods, and took a leak. However, on his way back home, a blue Dodge caravan hit him with all its might, effectively throwing him into a ditch 14 feet away. On the wheel was a 43-year old drifter called Bryan Smith, who immediately became subject to nationwide hatred from King’s fans. It was a miracle that the writer was still alive, but he contracted pneumonia two years later as an after-effect of the accident. The story came to him as he was going through these trying times.

Although the author denied the story being completely autobiographical, he was keen to indicate his wife’s quietude over the book. In King’s own words, “I do think sometimes she feels like I’ve gotten caught in a little bit of a warp there. And she may feel that it’s a little close to the bone.” Spouses of acclaimed people are often discredited, and he worked the factor into the story. Lisey is called “Yoko” by a character in the story, and the sudden pop-cultural association inevitably reminds one of the deaths of Lennon. Like Landon’s assailant, Lennon’s murderer Mark David Chapman was a fan of Lennon. But more than that, Lennon’s killing indicates the profoundly impactful nature of fiction in the reader’s imagination, as Chapman was influenced by J. D. Salinger’s rambling masterpiece ‘Catcher in the Rye.’ Other than these immediate associations, another driving force behind the story is the author’s contempt towards academia with all its unmistakable self-importance. The “pool” of the story is also very much real, as it alludes to the bottom of the conscience where feelings and memories transmute into language. So, although the story is fictional, as it unfolds in the same Maine fog the author is familiar with, it resides too close to home.