Is Lowriders Based on A True Story?

Helmed by Peruvian director Ricardo de Montreuil, ‘Lowriders’ is a vibrant and moving coming-of-age drama. Although the film falls short of inducing the kind of feel it aims for, it more than compensates by its affectionate and soulful depiction of a specific brand of culture not many are familiar with. The story revolves around Danny, a gifted graffiti artist, as he is torn between his own aspirations and his father’s expectations of him.

Danny, and his elder brother, Ghost, attempt to compete against their father in a titular lowrider competition, but the competition would have tragicomic repercussions, forcing Danny to find his calling. Showcasing a lesser-known side of the rich cultural heritage of Los Angeles and a good deal of suave cars, the film manages to cater to fans of diverse genres. While the heart of the story seems to be in its right place, you may be wondering how much of the film is rooted in reality. In that case, fret not, since we have you insured.

Is Lowriders Based on A True Story?

No, ‘Lowriders’ is not based on a true story. It is not a dramatized documentation of a real-life event if that is what you are asking. The scope of the story is fictional, as it is a straightforward coming-of-age drama revolving around the character of Danny. The story and the screenplay of the film are penned by Elgin James (of ‘Little Birds’ fame) and Cheo Hodari Coker (the creator behind Marvel’s ‘Luke Cage’), which the director materialized into the film. 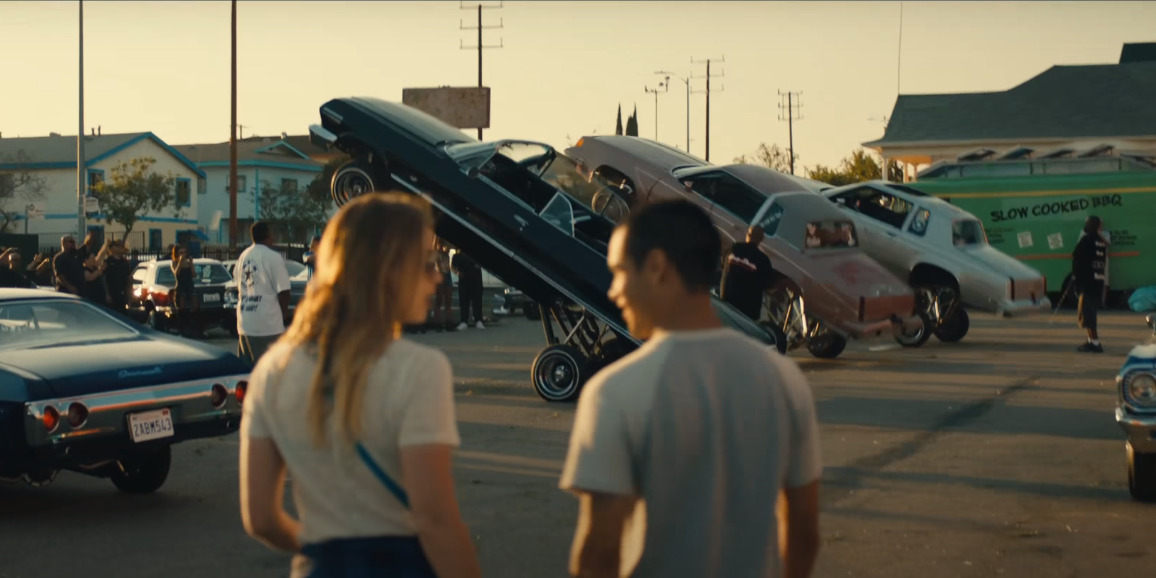 Reportedly, a major inspiration for the director behind the making of the movie was the universal theme of generational conflict. The conflict between Miguel, Danny, and Ghost is the reworking of an age-old tale of the father-son rivalry. In the end, Danny is made to reflect upon his own cultural heritage. The director sought to portray how globalization makes the youth deviate from their lineage and how, only at a later age, they understand the value of the cultural repository passed on to them by ancestors. This conflict forms the major part of the story.

However, the central attraction of the film lies in its depiction of the Mexican American heritage of lowriding in the backdrop of the vibrant and intricate cultural conflation that characterizes Eastside L.A. The unabashed celebration of an animate lowriding scene in suburban Los Angeles is ultimately what makes the film distinguishable in the crowd. The title of the film refers to both the customized cars and their proud owners.

The shiny and gorgeous customized cars bumping on the road in unison is one of the most exciting things you would have seen on screen, and if you have played games like ‘Grand Theft Auto: San Andreas,’ you may be already somewhat familiar with the culture of lowriding. Photographer Kristin Bedford tells a visual narrative of the niche community in her book, ‘Cruise Night.’ However, quite astonishingly, there have not been many cinematic depictions showcasing the artistry and the passion that goes behind those customized cars.

On its opening night in the 2016 edition of the L.A. Film Festival, the film was lauded by critics and audiences because it made them realize the cultural diversity that characterizes the city. However, the idea of this project was not taken from the streets, but spontaneously came to the mind of acclaimed producer Brian Grazer when he was exploring this side of the city during the making of Eminem chronicle ‘8 Mile.’ The idea of the film was in the mind of Grazer for a long time coming since he was familiar with this side of Hispanic cultural heritage from early childhood. One car club that made an indelible impression in his mind was the Coasters, and the club proved to be a major inspiration behind the story.

Besides being a vehicle for showcasing Chicano culture and value system, the film seeks to explore the class distinction between the so-called lowbrow art of Eastside L.A. and the highbrow art of the dimly lit consecrated galleries in the posh Arts District. On his arrival in the city 16 years ago, the Peruvian director was drawn towards the cultural melting pot of East L.A., and he wondered why Hollywood was apathetic towards this specific cultural repository.  He made acquaintances in the city and went out to explore the neighborhoods, sometimes ending up in lowrider galleries and clubs. He also attended some lowrider exhibitions and was already familiar with the culture to an extent.

The creative process of making the film made him probe further into the origin of the art form and the value it holds for families who pour their hearts out in these competitions. In the film, Ghost and Danny decide to take part in the Elysian Park lowrider show to challenge their father. The show is quite a spectacular reality organized on an annual basis. And although the story of the film takes quite a conventional path, its incision into the remarkable culture of East L.A. is truly what makes the film special.