Is Mark Bowe Married? Does He Have Children? 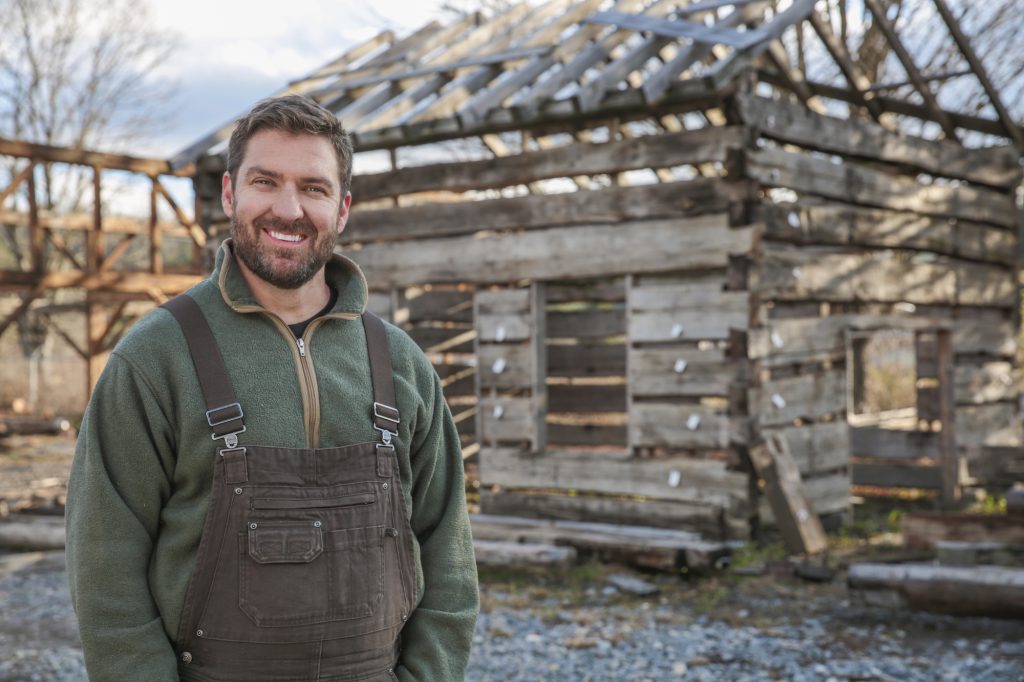 Mark Bowe is a prominent craftsman known for his specialization in pioneer-era barns and log cabins. He and his crew create stunning modern homes from the hand-hewn wooden beams used to make vintage structures, an aspect which is also covered in the hugely popular DIY Network show ‘Barnwood Builders.’ The documentary series features the crew from West Virginia traveling across the country, restoring historic and antique structures.

Mark’s straightforward drama-free approach, and the fact that he uses his significant skills to restore historic buildings, have garnered him and his show widespread appreciation. However, Mark Bowe’s personal life is generally kept under the radar. Here’s what we know about the vintage wood craftsman’s domestic life!

Mark Bowe is married to Cindy Lavender-Bowe, who he has known since high school. Despite not being romantically involved then, the two later fell in love and got married in the early 2000s. They have since established themselves as prolific members of society in the Mountain State, with Cindy even holding public office from December 1, 2018, to November 30, 2020.

After high school, Mark graduated with a Bachelor’s degree in business administration from West Virginia University, during which time he also worked as a coal miner. He went on to get a Master’s degree in safety management and later founded Antique Cabins and Barns in 1995. He subsequently expanded the company to its present enterprise called Barnwood Living, and he and his crew have salvaged more than 500 vintage structures. Mark’s wife Cindy also grew up in West Virginia and attended public school in Kanawha County, where she first met her future husband.

Cindy went on to earn a Bachelor’s degree in Social Studies Teacher Education from West Virginia Tech in Montgomery and then a Master’s degree in Leadership Studies from Marshall University. Always a strong believer in building the Mountain State community, Cindy worked as a teacher for many years with Kanawha County Public School before joining hands with her husband to help with his business in the 2000s. The two have since worked and built the company together, with Cindy also doubling up as the Development Officer of Barnwood Living.

Cindy’s spirit of service has led to her involvement in multiple community and charitable initiatives, including being the founding member of the Greenbrier Valley Flood Recovery and Relief Committee and the Lewisburg Literary Group. She also worked with the historic Carnegie Hall cultural center in Lewisburg as the marketing and PR director and later as the Director of Development. Her experiences led her to become a Democrat member of the West Virginia House of Delegates, as a representative of District 42 in 2018, a position she held till 2020.

Just as Cindy has helped Mark with his booming vintage log salvation business, the latter has also supported his wife through her work and run for public office. They currently live in their home in Lewisburg, Greenbrier County in West Virginia, with their son Atticus who was born in 2013.

Read More: Is Sherman Thompson Married? Who is His Wife?