Is Netflix’s Somos a True Story? ‘Somos’ (stylized as ‘Somos.’) is a crime drama series created and executive produced by James Schamus. It stars Mercedes Hernández, Jesús Sida, Jero Medina, Armando Silva, and Jimena Pagaza in the lead roles. The series tells the story of the events leading up to an uncanny tragedy in a small Mexican town, resulting from a drug cartel’s influence in the area and the law enforcement’s failure to curb their criminal activities.

The Mexican small-town setting and the drug cartel-related plotline will make viewers wonder if the show is based on any true stories. Our curiosity about the same took us to the bottom of the matter. Here’s everything we know about the inspirations behind ‘Somos.’

Is Netflix’s Somos Based on a True Story?

‘Somos’ is partially based on a true story. The series is inspired by an article published in ProPublica (in association with NatGeo) written by Ginger Thompson, a Pulitzer Prize-winning journalist. The article published in 2017 focuses on Thompson’s investigation of a massacre that took place in Allende, a small ranching town in Mexico.

The massacre took place in March 2011 and was perpetrated by the members of the Zeta drug cartel. However, the massacre was triggered off in the United States and had a very complex origin. The focus of the series, though, is the people affected by the massacre. The series primarily covers the events leading up to the massacre, including the Drug Enforcement Administration’s (DEA) investigation of a Zeta cartel operative, Jose Vasquez, Jr.

Vasquez, Jr. revealed info that allowed the DEA to track down the cartel’s most wanted members, Miguel Ángel Treviño and his ​brother Omar. The DEA shared the information with a Federal Police Unit in Mexico. However, the information leaked, and the Treviño brothers got wind of the betrayal. Allende, which had been a key location in the Zeta cartel’s operations, faced the ire of the Kingpins. The brothers and a few members of the cartel armed with guns entered the town in search of anyone related to the person(s) who snitched on them. 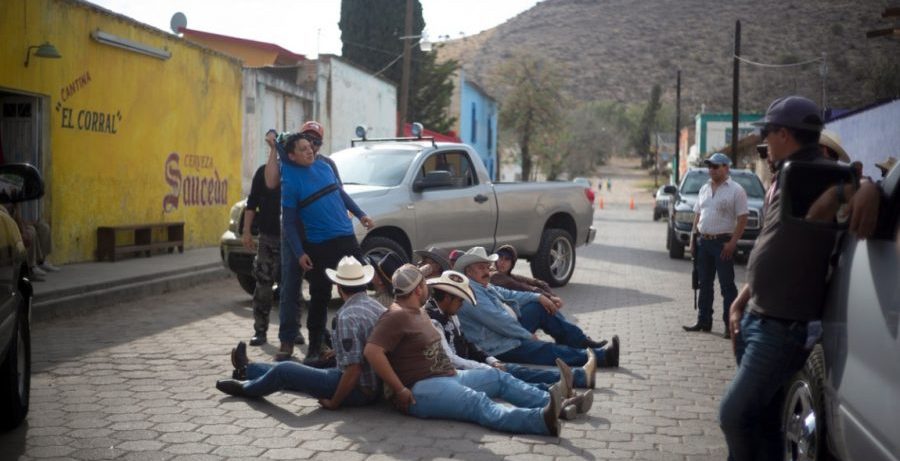 They ravaged, looted, and scorched the town and kidnapped and killed the town’s folk. Some of the people became willing or unwilling participants in the crime, but almost everyone in the town was a victim of this horrendous act. ‘Somos,’ which loosely translates to “We Exist,” is the story of these common people. The DEA investigation and actions of the Zeta cartel are adjacent to the various day-to-day struggles of the people of Allende. However, creator James Schamus insists that the series isn’t a true story.

“Although Somos. is grounded in true stories, it is essentially a fiction. We didn’t want the people in Allende to worry that we might be misremembering or misrepresenting real people. So we took elements from many stories and then created new characters to enact and expand upon them. In this way, everyone in Allende will still see themselves and their neighbors in the series. But through these fictions, we hope to add to their – and to our – shared reality, and in this way help that reality becomes a bigger part of the conversation,” Schamus said in a press release.

Therefore, while the story draws inspiration from the experiences of real people, the characters in the show are fictional, as are their experiences. However, the backdrop the story is set against is very much real. As a result, ‘Somos’ is a careful mixture of fiction and reality meant to shed light on a tragic event that has remained in the shadows for nearly a decade.