Is Ophelia a True Story? ‘Ophelia’ is a romantic drama film that revolves around a young woman at the castle of Elsinore in Denmark. Ophelia is Queen Gertrude’s favorite lady-in-waiting and becomes the romantic interest of her son, Prince Hamlet. As her fate intertwines with that of the young Prince, her life takes an unexpected turn. Many of you must be wondering why the storyline of the movie feels familiar. Could it be because it is based on a true story? Let’s find out!

Is Ophelia Based on a True Story?

No, ‘Ophelia’ is not based on a true story. The 2018 romantic drama revolves around the eponymous character from Shakespeare’s play, ‘Hamlet.’ The film is inspired by Lisa Klein’s novel called ‘Ophelia’ that revisits Shakespeare’s play through the eyes of the title character. William Shakespeare is by far one of the best writers and poets the world has ever seen. With ‘Hamlet’ being among the most popular of Shakespeare’s works, it is also one of the most performed and most filmed stories of all time.

However, the film takes a slightly different path from Shakespeare’s play. While the play puts Hamlet front and center, that is not the case with the film or the book it is based on. In these two adaptations, the women step into the spotlight as the storyline revolves around Ophelia, Gertrude, and a new character Mechtild. A prominent element that makes the movie different from the original play is the end of Ophelia’s story. According to the play, Ophelia spends her life being directed by the decisions of the men in her life. Ultimately, her father’s death becomes the tipping point that drives her insane, and she meets her end by drowning. In the film, she decides to move away from her life at the castle and start afresh when she realizes that nothing good can come from Hamlet’s thirst for revenge. So, she fakes her death and flees from Elsinore. At the end of the movie, she is alive and well, living in exile with a daughter she has with Prince Hamlet.

The film also paints a fresh picture of Gertrude’s life. The Shakespearean play projects the Queen as a mother who abandons her son for a relationship with another man. But in the film, she is shown as a woman who is in an unhappy marriage with King Hamlet and falls in love with his brother, Claudius. Additionally, she is also going through a difficult change in her life as her son starts drifting away from her. 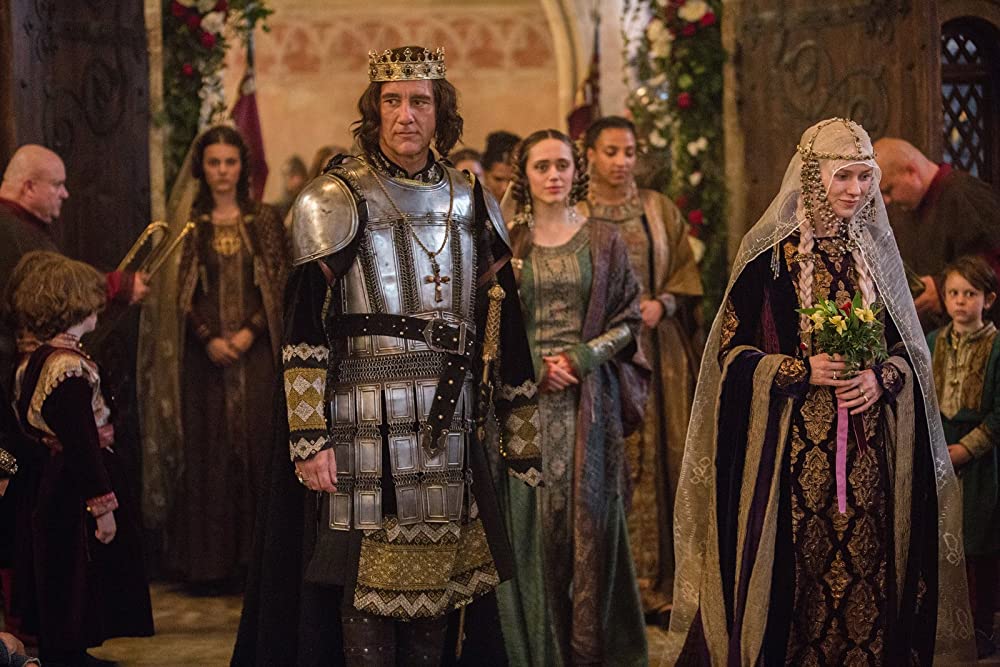 On the other hand, Mechtild is Gertrude’s sister, a healer who lives in the forest. Created by Lisa Klein, this character plays a significant role in Ophelia’s life. Mechtild’s backstory with Claudius offers a shocking resemblance to events that are not entirely unheard of in the present day. In the film, she reveals that she was accused of witchcraft after she miscarried her illegitimate child with Claudius. Although it is implied that she knows about herbs that could induce abortion, she genuinely did not want to lose the baby. This particular storyline hits close to home for many individuals who are still fighting to make independent choices as far as their own bodies are concerned. The controversial “Fetal Heartbeat” Abortion Law signed by the Governor of Georgia in 2019 might ring a bell. One of the main points of conversations around abortion pivots on a woman’s agency on her own body. Therefore, all these additional layers to the characters make ‘Ophelia’ more relatable.

In an interview with Vanity Fair in July 2019, the screenwriter Semi Chellas explained, “I think there’s a huge appeal in that because there’s a big hunger for stories we haven’t heard before or angles that haven’t come up in stories from before. Many of those offstage characters become the determining players in this version.” The director Claire McCarthy also elaborated on the idea that drove the film. She said, “We decided in a world in which women are not valued…they may not have the ability to rewrite their own world, rewrite their own story. They would use the tools that they already have in their hands, or they’ll use the tools of that world, and that world would bring them down.”

Even though Ophelia remains on the periphery in Shakespeare’s ‘Hamlet,’ her character has often been the subject of Victorian paintings and an inspiration to many characters in popular culture. Helena Bonham Carter portrays Ophelia in the 1990 film ‘Hamlet,’ and Kate Winslet also essays the role in the 1996 film of the same name. The 1994 book ‘Reviving Ophelia: Saving The Selves Of Adolescent Girls’ by Mary Pipher uses Ophelia’s story as a way to highlight the societal pressures put on adolescent girls. So, even though ‘Ophelia’ is not based on real-life events, the story feels relevant because the central character has been a part of countless conversations about the role of women in society.

Read More: Where Was Ophelia Filmed?