Is Security a True Story? Where Was Security Filmed?

‘Security’ is an Italian suspense thriller film directed by Peter Chelsom (‘Serendipity’). Set in a small seaside town, the film tells the story of a security expert who steps in to investigate sexual assault allegations against one of his clients and faces grave danger as he begins to uncover a web of lies and secrets. The high-octane movie stars Marco D’Amore (‘Gomorrah‘), Valeria Bilello, Maya Sansa, and Fabrizio Bentivoglio in the lead roles.

The beautiful seaside town setting will virtually transport you to the vacation-worthy destination only to show you the real-life horror of living in the small town. Naturally, you’ll find yourself simultaneously pondering about its filming location and whether the movie is based on a true story. If these questions are churning in your head, allow us to share everything we know in that regard.

Is Security Based on a True Story?

No, ‘Security’ is not based on a true story. It is based on a fiction novel of the same name written by author Stephen Amidon. The book is about a young girl who accuses a wealthy estate owner of sexual assault and a security expert who finds himself entangled in a game of deception while searching for the truth. The movie closely adapts the novel maintaining its themes of trust, intimacy, social justice, personal security, family, communal harmony, etc. However, it transposes the story from the college town of Stoneleigh, Massachusetts, as depicted in the novel, to the lush streets of a small town in Tuscany, Italy. 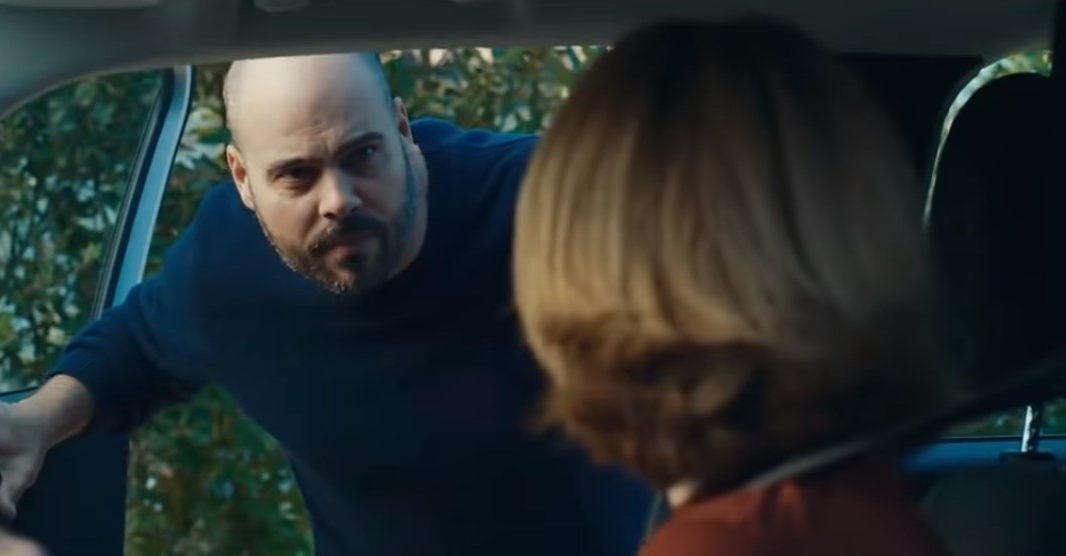 In June 2020, Director Peter Chelsom spoke at length about adapting the novel for the screen in an interview with Variety. According to Chelsom, the book asks greater fundamental and moral questions such as the value of life and the price of security while treading with relatable themes such as those mentioned above. The director was also asked if the character (a rich person from New York in the novel), who is accused of committing sexual assault, reminded him of any real people.

In response, Chelsom said, “What’s timely is how conflicted everybody suddenly becomes because of their contact and associations with the perpetrator of the crime. With wealthy New Yorkers … you are talking about the likes of Harvey Weinstein and Jeffrey Epstein, of course. But what’s interesting is how people either run for the hills, if they can, or they go very, very silent because of their conflict. In that sense, this story has many layers.” Chelsom also added that the movie examines how a crime brings together a community.

From the director’s words, we can concur that the novel’s story and its relevant themes, which are emotionally resonant and also a bit unsettling, are the main inspiration behind the movie. Considering the novel is a work of fiction, it is safe to assume that ‘Security’ is a fictional story that blends various relatable themes to create a mirror image of the world we inhabit.

Principal photography on ‘Security’ commenced on January 20, 2020, and was swiftly wrapped up a little over a month later on February 29, 2020. The movie is set in a town in Italy’s Tuscany region and was filmed on location. Let’s take a closer look at the movie’s filming spots.

Forte dei Marmi is the primary filming destination of the movie. The cast and crew filmed scenes across various parts of the town. As seen in the film, tourism is the town’s main industry, and its scenic sandy beaches are extremely popular, especially among the upper-class Italian people. Forte dei Marmi is located in the Province of Lucca and has a rich cultural heritage and historical significance as it was of strategic importance to the Roman army. The town is also known for its flea markets and food.

Pietrasanta is a town also located in the Lucca province, on the coast of the northern Tuscany region. The production team of ‘Security’ shot a few portions of the film in the town. It is dubbed “Little Athens of Italy” due to its Roman origins and heritage. Pietrasanta is primarily known for its arts, architecture, and historical structures. The Cathedral of St. Martin and Sant’Agostino are some of the popular tourist attractions in the town.