Is the AGT Audience Real or Fake? The American iteration of the global phenomenon that is the ‘Got Talent’ franchise, ‘America’s Got Talent‘ has been one of the most-watched reality shows on television for over 15 years. Since its premiere in June 2006, the talent show competition has entertained fans both inside the studio and at home with countless memorable acts and shocking stunts. The audience members undoubtedly bring energy to the show and cheer up the contestants during performances. As with any other reality show, fans love to dissect the real and fake aspects of the show. If you are looking for similar information about the audience of ‘America’s Got Talent,’ here’s everything you need to know.

Is America’s Got Talent Audience Real or Fake?

Almost all episodes of ‘America’s Got Talent’ are filmed in front of a live studio audience. Shots of the audience cheering, clapping, and encouraging the performers are an indispensable part of the talent show. Anyone who has seen the show can say in an instant that the audience present is, in fact, real. Although the audience is mostly made up of common people like you and us, the show allegedly also uses “plant” audience members. A plant audience member is a paid audience member strategically placed among the rest of the audience to cue them on when to clap, cheer, hoot, whistle, etc. 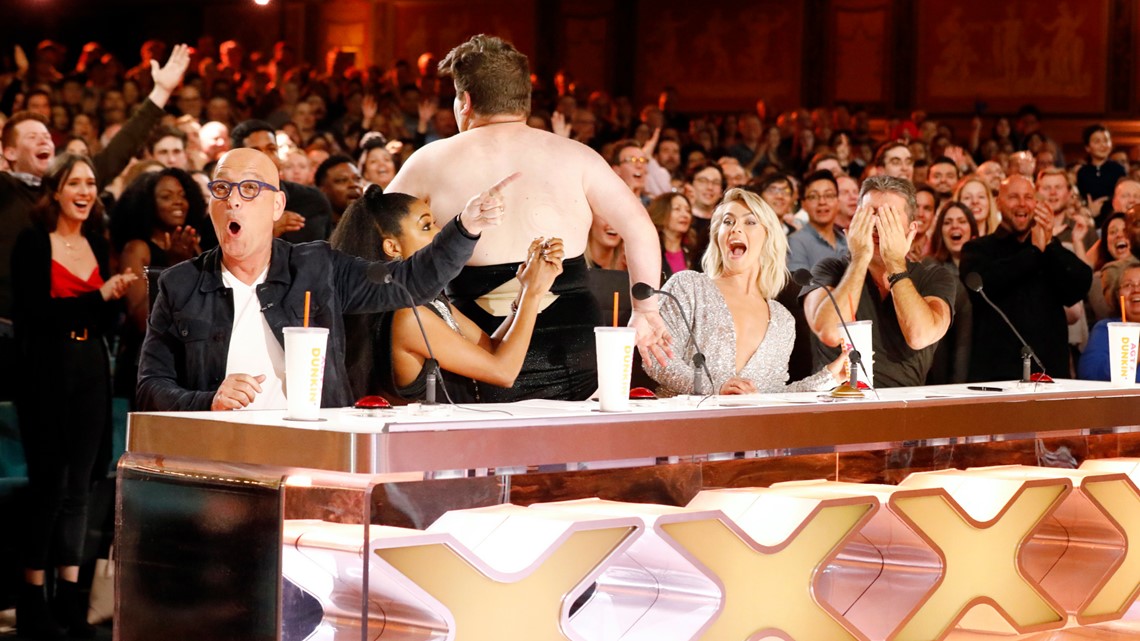 Like most other reality shows, the production team of ‘America’s Got Talent’ outsources the arrangement of audience members to a different company. According to their website, On Camera Audience is responsible for sourcing the audience members on the show. You can easily apply to watch a taping of the show on their website.

The #agt studio audience is having a BLAST with host @terrycrews and judges @SimonCowell, @howiemandel, @juleshough66, & @itsgabrielleu at the #AGT auditions! The talent has been incredible. Come see what’s next! Get your FREE TICKETS NOW. https://t.co/pfvvRp2iL8 pic.twitter.com/EYG8KRilfX

After skipping the live studio audience for the fifteenth season due to Covid-19 related health and safety concerns, the show returned with the live audience for its sixteenth outing. However, the studio isn’t as jam-packed as you see on your screens. While live audience members were present for tapings of season 16 episodes, they were limited in number, and safety protocols, including social distancing, were followed.

The show allegedly used previously filmed archival footage and combined it with the new footage to create the illusion of a fully filled studio. Shots of audience members from previous seasons were seemingly superimposed on the new footage with some careful editing tricks. This technique has been popular among reality shows during the Covid-19 pandemic as the studio audience is indeed the heart of such shows.

Probably staff and family and slept few people. Towards end of filming they had a slew of people pic.twitter.com/F30Pnl2PHR

To summarize, while the studio audience is, in fact, present during the episodes, their footage is highly controlled and edited. As a result, it is hard to argue that there are many genuine reactions from the audience members that actually make it onto the show. Therefore, in our humble opinion, the audience on ‘America’s Got Talent’ is somewhat fake, at least in terms of the impact we are led to believe they have on the show.

Read More: Where Are All the America’s Got Talent Winners Now?