Is The Seventh Day Based on A True Story? 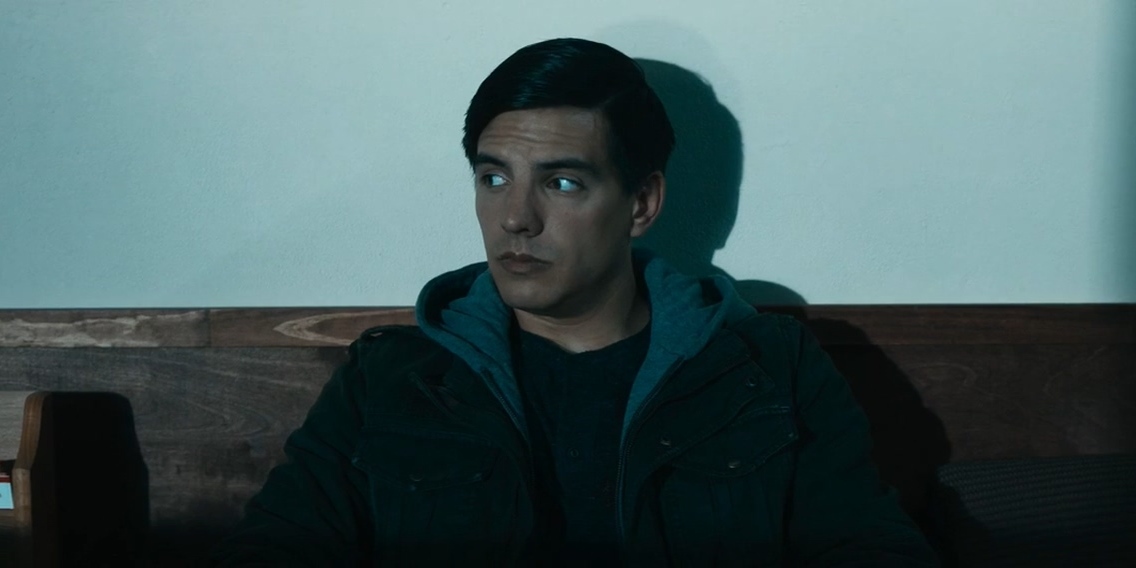 ‘The Seventh Day’ is an exorcism film that looks astonishingly fresh and slick despite containing a good deal of tried-and-tested genre tropes. Directed by Justin P. Lange and performed by Guy Pearce (of ‘Memento‘ fame) and Vadhir Derbez in the central roles, the film is quite a spooky take on the theme of demonic possession.

The scares are woven around a story that is far more chilling when seen as a whole. The story revolves around acclaimed exorcist Father Peter as he takes Father Daniel under his wing. Together, they venture out to face diabolical spirits of immense power. The lines of good and bad are blurred, and the truth is often different from what seems at the outset. The portrayal is quite authentic, but you may be eager to know whether it is a story of art imitating life. In that case, you can count on us.

Is The Seventh Day Based on a True Story?

No, ‘The Seventh Day’ is not based on a true story. Your rational mind may be led to think that ghosts and spirits are a lot of mumbo-jumbo. But if everybody’s been talking about it, there may as well be some truth in these tales. The screenplay of the film is penned by Justin P. Lange himself, who was looking for new ideas following his first feature ‘The Dark.’ He stumbled upon a book called ‘Hostage to the Devil,’ written by the Irish Catholic priest and exorcist Malachi Martin. Reading the book ultimately got Lange’s creative juices flowing.

The book has previously been adapted into a feature film of the same name released in 2016. The feature is based upon the life of Martin and is fairly biographical in its scope. But Justin P. Lange’s film veers more into a fictional realm. Lange’s film revolves around the uneasy relationship between the Catholic Church and the rite of exorcism. In an early scene, the archbishop divulges to the newly ordained Father Daniel about the rise in cases of demonic possessions. During his research back in 2018, the director found a bunch of news articles. All of them were about how the demand for exorcism has seen a sharp increase in the country.

The act of exorcism is perhaps as old as religion itself. Since ancient times, the living have been trying to communicate with the dead. But this rekindled interest in exorcism fascinated the director and formed the basis of the story. According to a news piece published by The Atlantic, almost half of Americans believe in the occurrence of demonic possessions. More than half of the populace fears that the devil is real. The increase in demand for exorcism rites compelled the church to open new schools to train exorcists – one in Chicago, one in Rome, and another one in Manila.

So, when the archbishop remarks under his breath that instances of demonic possession are on the rise across the country, his claim is presupposed by reality. The director had a Catholic upbringing, and the film was thus a somewhat personal exploration for him. The stories in the media resonated deep within the director, bringing his latent emotions to the fore. Now endowed with a wider context, the director had enough material to work on the story. Understandably, he borrowed freely from previous genre forays, including ‘The Exorcist,’ which has become a classic in the genre.

Lange found a pattern that exorcism films often embody – the intricate and elaborate rites of exorcism and the mentor-mentee dynamic. He worked both into the story, which gave it a final structure. The last thing he needed was a bit of charisma to engage the audience, which happened when the prolific Guy Pearce came on board. To make things more authentic, the director kept the use of Visual FX to a minimum. So, all things considered, even if the story itself is fictional, it walks not too far from reality.

Read More: Where Was The Seventh Day Filmed?