Mumbai- Kapil Sharma has made a special place in the hearts of the people with his comedy. In ‘The Kapil Sharma Show’, stars always come to promote their films. This time actor Kamal Haasan arrived on the set of the show as a guest. Together with Kamal Haasan, Kapil’s dream has come true. Kapil revealed this by sharing some pictures from the set of the show. Fans are really liking these pictures. 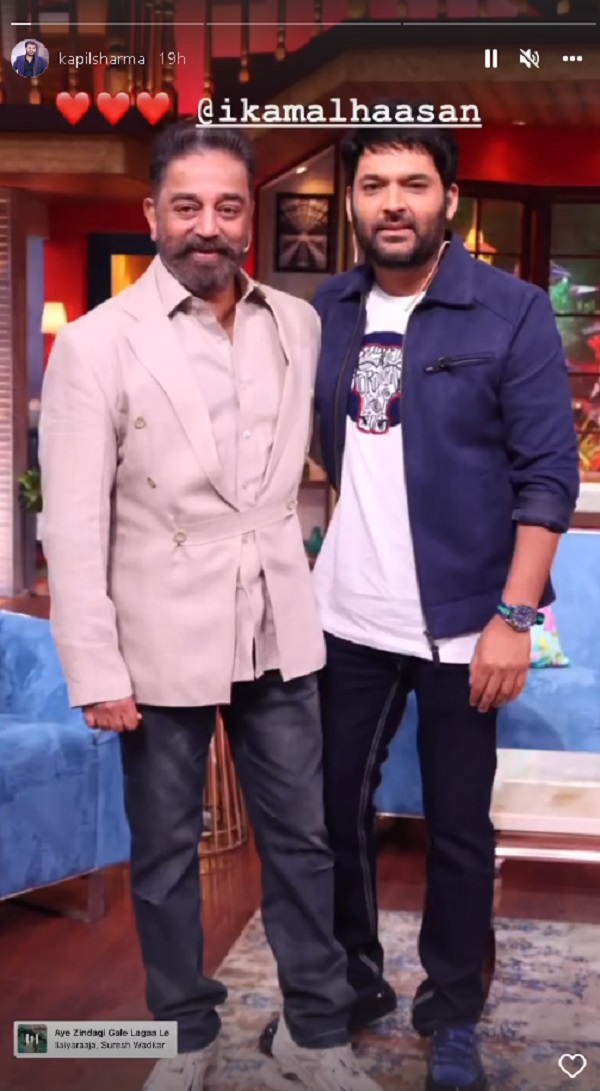 In the pictures, Kapil is seen in a white T-shirt and blue jacket. Kapil is accompanied by Archana Puran Singh, Krishna Abhishek, Kiku Sharda and Kamal Haasan. Kamal Haasan is seen in a gray shirt, gray coat and denim. Archana looks gorgeous in a green sharara suit. Krishna is seen in the role of a woman and Kiku is seen in a short black coat and white pants. Everyone is taking selfies together and looking very happy. Sharing the photos, Kapil wrote, “When your dream comes true. We had a great time with Mr. Kamal Haasan, the legend of our film industry. Great actors and great people too. Thank you very much Sir Kamal Haasan for putting four moons in our show. 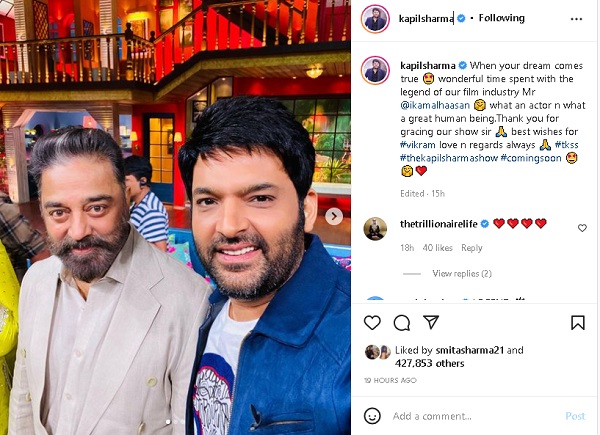 Kapil also shared another photo with Kamal Haasan in his Instagram story, in which the two are posing for the camera. Kapil is tagging the actor and singing ‘A Zindagi Gale Laga Le’. The song is from the 1983 film Sadma, starring Kamal Haasan. The actress was seen with Sridevi. The film was well received by the people. Fans are really liking these pictures.

Let it be known that Kamal Haasan’s upcoming film ‘Vikram’ is coming. The film is set to release in theaters on June 3. Also produced by Kamal Haasan through Kamal Films International. It is directed by Lokesh Kangraj. Apart from Kamal Haasan, the film also stars Vijay Sethupati and Fahad Fasil.