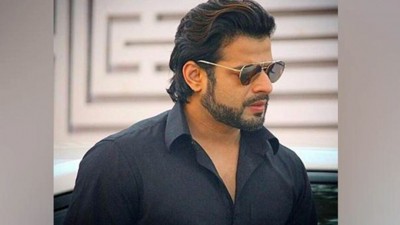 Today is the birthday of Karan Patel, who has spread his fame in many great TV shows. Karan Patel is celebrating his 37th birthday today. Karan Patel has done many hit shows in his career which you must have seen. Yeh Hai Mohabbatein is the most special in this list. Karan is also known as Shahrukh Khan of TV. This is because he is a huge fan of Shahrukh Khan.

Karan made his TV debut with Ekta Kapoor’s famous show ‘Kahaani Ghar Ghar Ki’ but he got his real identity from the TV show ‘Kasturi’. He won hearts by playing the character of Rockstar Robbie Sabharwal in the show. Very few people know that Karan does not cut the cake every year on his birthday. When asked the reason behind this, he always replies that it is his vow. However, he has not yet spoken openly about this vow.

Karan is a multitalented actor. From acting to dance, from romance to hosting, from hosting to dangerous stunts, he has mesmerized people with his talent. His romantic character Raman Bhalla was well-liked by the people. Karan married Ankita Bhargava in 2015 and today they both have a lovely daughter together. Karan is not currently seen in any show.