Kiss to Robo Shankar .. Parthiban who ended the controversy that Mike threw The first song release ceremony of actor and director Parthiban’s Night Shadow film was held a few days ago.

In it, Parthiban, who was speaking on stage, suddenly threw the mic. It fell on top of actor Robo Shankar.

The incident has been the subject of great controversy on social media for several days now. 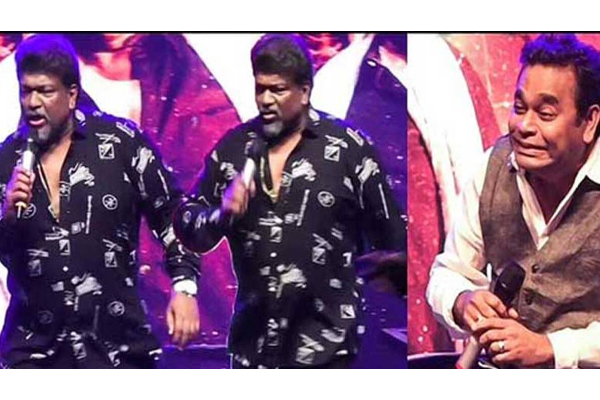 Parthiban also released a video yesterday explaining this. He also said that he had asked the person concerned for this.

In this case, to put an end to all the controversy, Parthiban has released a record in his style of kissing Robo Shankar.