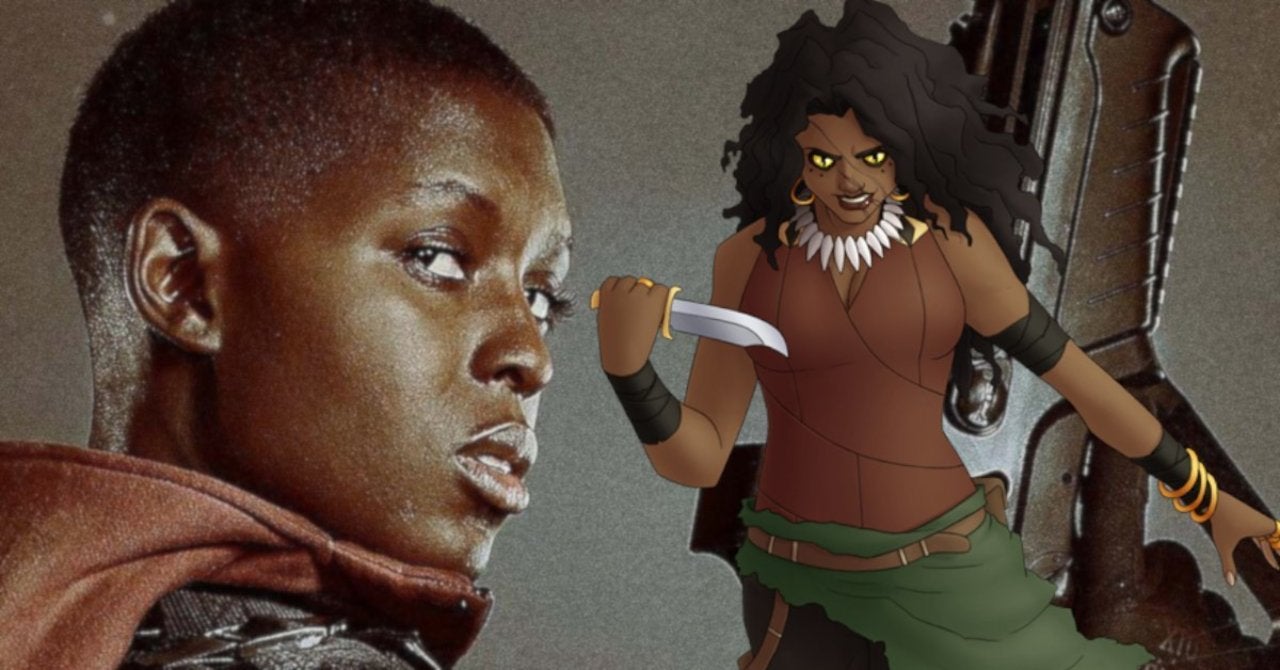 Sony’s Kraven the Hunter movie is reportedly eyeing Jodie Turner-Smith for the role of Calypso, Kraven’s partner and love interest in Marvel Comics. Turner-Smith has had a nice breakout run in Hollywood after starring in the romance crime story Queen & Slim alongside Black Panther actor Daniel Kaluuya; she also had a featured role in Amazon’s Michael B. Jordan action vehicle, Tom Clancy’s Without Remorse. She also starred in the recent biopic re-imagining, Anne Boleyn. In short, Jodie Turner-Smith is just the right caliber of rising star for Sony to tap for its Spider-Man Universe franchise.

The report of Jodie Turner-Smith’s supposed casting as Calypso comes by way of Illuminerdi – the same outlet that also claims Chameleon will be the villain of the film. Kraven the Hunter has already announced that Avengers: Age of Ultron star Aaron Taylor-Johnson to play the titular Kraven, an expert hunter who, in the comics, forms an obsession with hunting and capturing Spider-Man.

In the comics, Calypso Ezili is a voodoo priestess powerful enough to master mind-control and resurrection, who helps to mystically endow Kraven with enhanced abilities and a longer lifespan. Kraven becomes enamored with Calypso, though the voodoo witch often used seduction and magic to push Karven into fits of rage and obsession in hunting down Spider-Man. One of Calypso’s most famous arcs was in Todd MacFarlane’s Spider-Man series of the 1990s, in which Calypso is the main villain and uses her magic to control Curt Connors/The Lizard and send him on a murder spree.

Calypso is both a pivotal part of Karven’s origin, and a potential crossover character with Tom Holland’s Spider-Man, Tom Hardy’s Venom, Jared Leto’s Morbius – or any of the other characters Sony’s Spider-Man Universe that gets a live-action franchise (like Olivia Wilde’s Spider-Woman movie).

Jodie Turner-Smith would also be a smart choice for Sony to make, given that Calypso is arguably one of Marvel Comics’ characters that has fallen on the bad side of the line, in terms of modern cultural sensitivities. The “voodoo priestess” archetype that the comics creators went with back in the ’80s pretty much falls in line with every other portrayal of Caribbean culture and the voodoo practice of that era: best shed and forgotten, and replaced with something new and better. Jodie Turner-Smith is a UK actress born to Jamaican parents – she literally is everything needed to redefine Calypso’s character and her role in Kraven’s story.