Created by American literary genius Stephen King from his own titular novel, and vividly portrayed on screen by Chilean director Pablo Larrain, the mystery drama series ‘Lisey’s Story’ is arguably one of the best adaptations of Stephen King’s works to date. Dealing with themes like memory, trauma, death, and loss, the story plunges the audience into the posthumous cult of famed novelist Scott Landon, as seen through his widowed wife, Lisey Landon. As the absent presence of Scott guides Lisey in a treasure hunt, Lisey is made to revisit the repressed corners of her mind. In the third episode called ‘Under the Yum-Yum Tree,’ the story moves sideways – from past ruptures to present epiphanies – in an intricate exploration of interpersonal memory.

Acted with charm by Clive Owen and Julianne Moore in the central roles, with the peripheral enigma of a psychotic Dane DeHaan, the adaptation creates an uncanny feeling in the mind of an unsuspecting audience. The palette of the series is somber, and the third episode sees the story becoming grimmer as we get glimpses into Scott’s troubled childhood. If the end of the episode leaves you looking for answers, we shall oblige. SPOILERS AHEAD.

Darla calls Lisey from the medical facility where Amanda is admitted. Amanda is lost in her own conjured space of the pool. She sees specters whispering to her and a hooded Scott urging her to be silent. Meanwhile, police identify Jim Dooley from an old video, where Jim throws a “pie of death” at an academician spewing hatred on the cult of Scott. Scott apparently had several such eccentric fans, whom he called “Deep Space Cowboys.”

Lisey discovers a postcard Lisey sent to Amanda from The Antlers Inn following the trail of the bool hunt. As she goes down memory lane, she remembers how the hotel owner upgraded their stay without charging extra money. She also remembers visiting a nearby tourist attraction – a banyan tree – where Scott divulged to her the reason behind his cutting.

Going back to Scott’s childhood, we see an episode where Scott’s father threatens to cut Paul’s ear if Scott does not jump off from the attic. Apparently, Scott’s childhood was marked by sinister trauma. His abusive and psychotic father believed in cultic practices, and in turn, he indoctrinated Paul and Scott. Cutting, as per the belief of Scott’s father, is for letting out “the bad.” In Landon’s terminology, it’s called “blood bool.” The body becomes infested by demons from “the bad” that comes from outside. 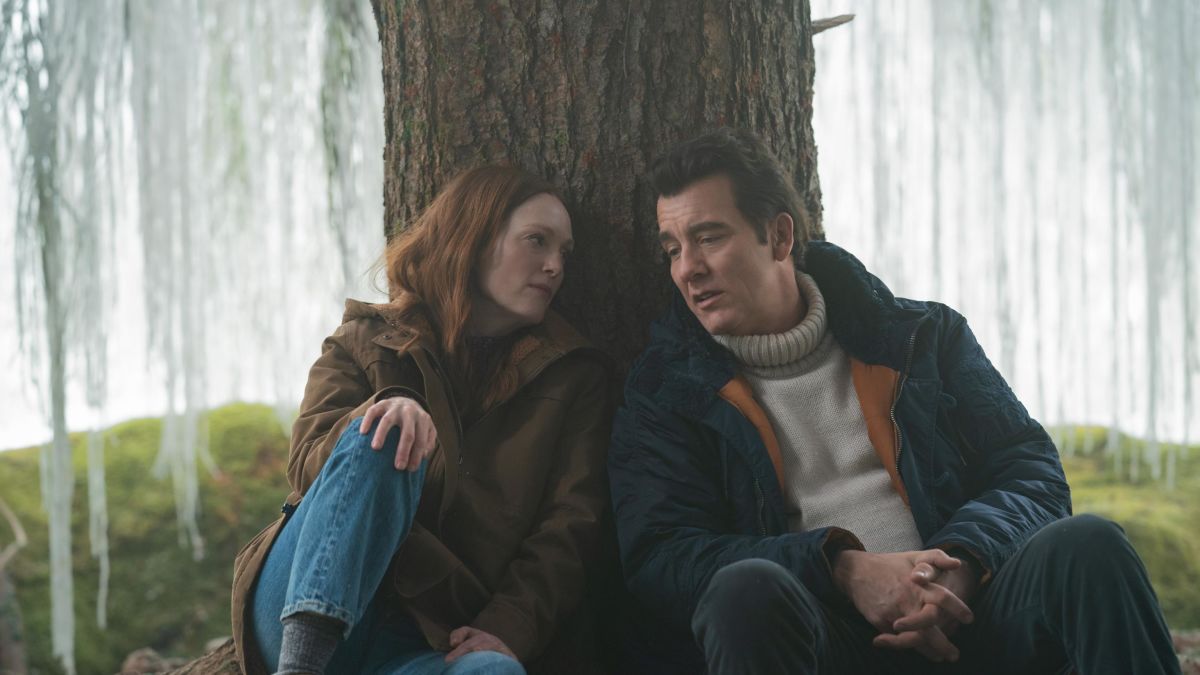 Scott is also made to reflect upon the Booya Moon that Paul and Scott created as a coping mechanism against their father’s tyranny. We see Scott revisiting the good memories from his childhood – his brother Paul arranged these little bool hunts for Scott. While little Scott is characterized by his inherent goodness, his brother Paul wishes for their father to die by electrocution. As Scott’s vision engulfs Lisey, she is taken to a place Scott calls “Sweetheart Hill.” This is the same place characterized by a crimson sun. But Lisey finds it difficult to deal with Scott’s troubled childhood, and therefore, she urges that the whole episode did not happen.

Back in the present, Lisey rushes to Darla, who overreacts upon seeing that Amanda has cut her hand to write a message: “Help me, Lisey.” As the labyrinthine corridors of interpersonal memory are brought to the surface, Jim Dooley breaks into the Landon house and gets his hand on Scott’s unpublished manuscripts. Darla comes around to apologize for the previous episode involving Amanda. We get to know that Booya Moon becomes “Banella” in Scott’s fictional work ‘Empty Devils.’ As Lisey comes back to her house, she is confronted with a shocking spectacle.

The episode comes to a close as Lisey goes back to her house to encounter something bad that has happened. As she walks in through the door, she looks around the house, and her pupils become dilated. With this cliffhanger, we don’t know what she sees that evokes such a reaction in her. Previously, we have seen Jim Dooley setting fire to a heap of straw in what looks like a barn. Maybe Lisey sees that parts of the barn have burned to ashes. 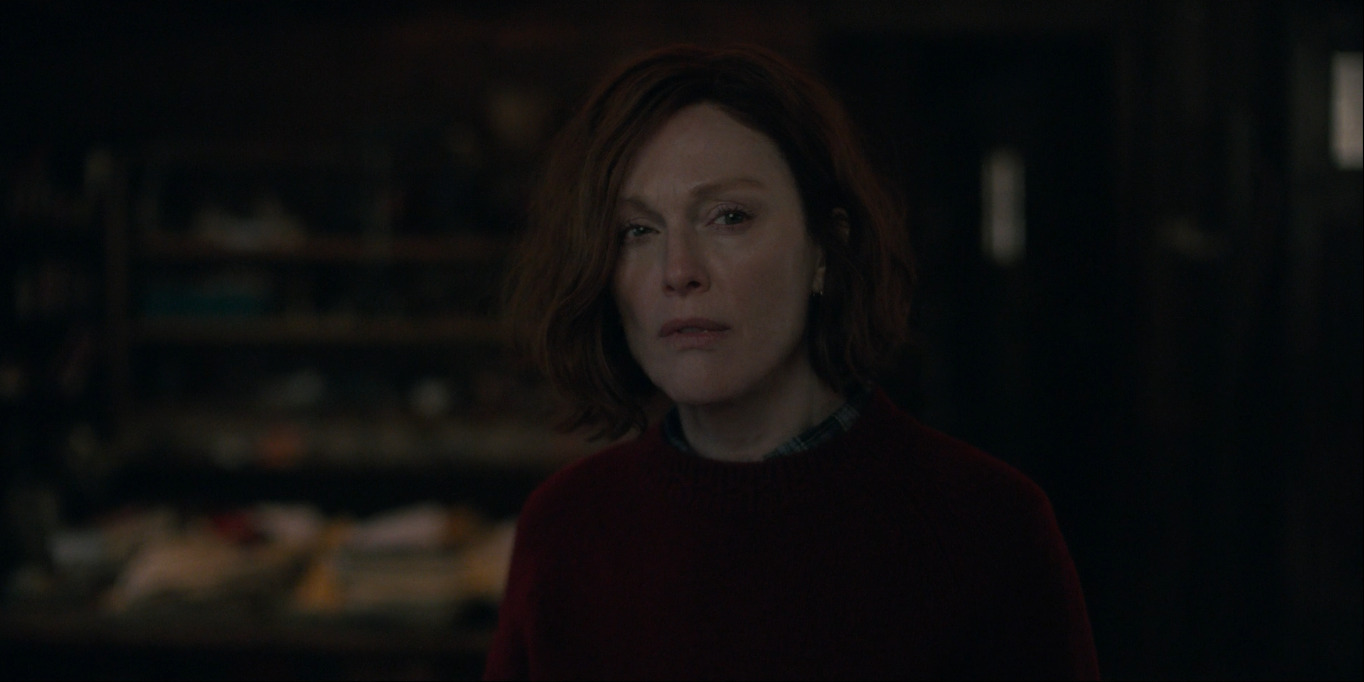 Alternatively, maybe she realizes Scott’s unpublished manuscripts are missing. In any case, she feels the presence of another in the house and is sure that someone has broken into the house in search of Scott’s works. Jim is an incarnation of the Deep Space Cowboys that figure in Scott’s imagination, and he’ll go to any extent to procure Scott’s unpublished manuscripts. Now with the manuscripts in his possession, it will be interesting to see how the story develops in the future episodes.

Trauma can only be healed through revisiting the moment in personal history. Scott is more attuned to the darker side of his soul, as is Amanda. Scott’s visions, which figured in his books, came from his repository of memory, and in many ways, writing for Scott was therapeutic. However, Lisey, who is practical and rooted in reality, cannot actually relate to Scott’s worldview as much as she thinks she can. Therefore, rather than taking care of him and purging him of the past trauma, Lisey negates Scott’s reality. The bool hunt organized by Scott is thus also an attempt to revoke the repressed spaces in Lisey’s memory.