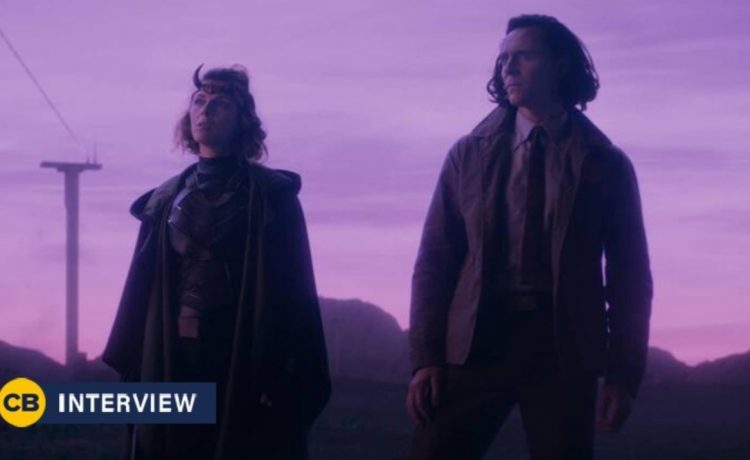 The finale of Loki drops on Disney+ on Wednesday, and fans can’t wait to see how things wrap up for Loki (Tom Hiddleston), Sylvie (Sophia Di Martino), and the rest of the Variants fighting to be free of the TVA. The Marvel series features many excellent elements, including its dynamic costume design by Christine Wada. This week, ComicBook.com had the chance to chat with Wada, and she talked about everything from Di Martino’s specially made costume to what it’s liking designing looks for Marvel. We asked Wada if working with Marvel Studios is different from other projects, and how she finds the balance between creating new looks and taking inspiration from the comics.

“It is definitely different and the same, right? But what’s different is that they really, I mean, I’d say that Marvel really has the visual development team. There’s so much history to Marvel that’s in play that it’s really, it’s like being able to go to a great library, right? It’s like having a library right at your feet to work from, which is amazing and it really frees you up to just take that material and try to make it three-dimensional as best you can and also function within all of that, which is really, it’s a gift creatively,” Wada explained.

“First of all, a lot of it just comes from the page, so you take what’s written on the page and start to do the deep dive of reference and research and what story you want to tell and how you want it to be portrayed. And then it becomes this great sort of combination of a banter that happens with the Marvel people where you just start to present illustrations and they just allow for so much incredible banter that you start to refine the ideas into something that works on all levels. It requires just a lot of homework,” she added.

Stay tuned for our full interview with Wada, where she talks more about the Loki costumes, especially those seen in the “Lamentis” episode, including Loki’s already-famous turtle neck.

The finale of Loki will drop on Disney+ on Wednesday, July 14th. The rest of Marvel’s 2021 line-up includes Black Widow, which is now playing in theatres and available to buy on Disney+ Premier Access, What If… is premiering on Disney+ on August 11th, Shang-Chi and the Legend of the Ten Rings in theatres on September 3rd, Eternals in theatres on November 5th, Hawkeye and Ms. Marvel to Disney+ later in the year, and Marvel’s Spider-Man: No Way Home in theatres on December 17th.

Share on FacebookShare on TwitterShare on PinterestShare on LinkedIn Share on TumblrShare on RedditShare on VKontakte
adminJuly 12, 2021