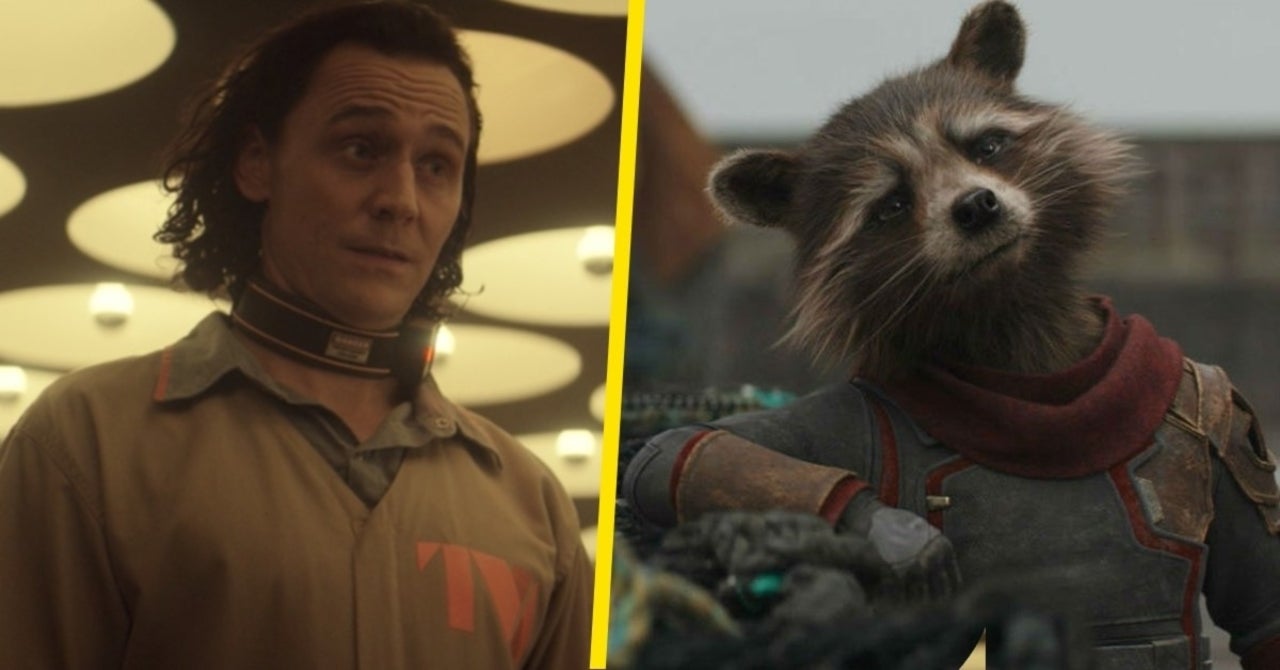 The first season of Loki featured a bunch of Loki Variants and even included the long-awaited Marvel Cinematic Universe debut of Jonathan Majors. However, it almost included some other exciting cameos. There was almost more of Chris Hemsworth as Throg, and he’s not the only one. The Loki episode of Marvel Studios: Assembled featured some concept art with a familiar face: Rocket Racoon. During a recent chat with The Direct, Loki director Kate Herron talked about the show’s cut plans for the Guardians of the Galaxy character.

“That scene, it wasn’t Rocket specifically. I think the illustrators drew him in as a fun idea because sometimes they’ll pitch stuff and then the studio will be like, ‘Yay or nay.’ I think it never got to the point, unfortunately, because of COVID,” Herron explained.

“Originally that scene when Loki’s in, we call it the DMV cue, where he watches the Miss Minutes video. Originally, that was going to be full of characters and people. We didn’t know necessarily who those characters were going to be. We were circling on, ‘Maybe it could be fun if a character could be a reference to this film or maybe something from the comics.’ It’s just that when that was scheduled, COVID hit, and then obviously when we were across that four-month gap, and we were looking at it again, we just couldn’t do it safely. Like at least at that time, because it was so early in our schedule.”

She added, “But for the inside one with the cue, it just felt like it was sort of putting people at risk in a way that for the story, we were like it’s actually kind of funnier and more ridiculous if he goes in this intricate cue system, and actually there’s no one there. That’s kind of how that one came to pass. I mean, definitely, there’s always Easter Eggs and things that people are pitching and like, you know, for one reason or another I think it’s just usually about choice, right? You just pick the one that everyone’s most excited by and that’s what gets in the show.”

While a Rocket Variant was not seen at the TVA on Loki, a potential Peggy Carter Variant was spotted in an episode. You can check out the Marvel concept art featuring Rocket below:

All six episodes of Loki are now streaming on Disney+. If you haven’t signed up for Disney+ yet, you can try it out here.