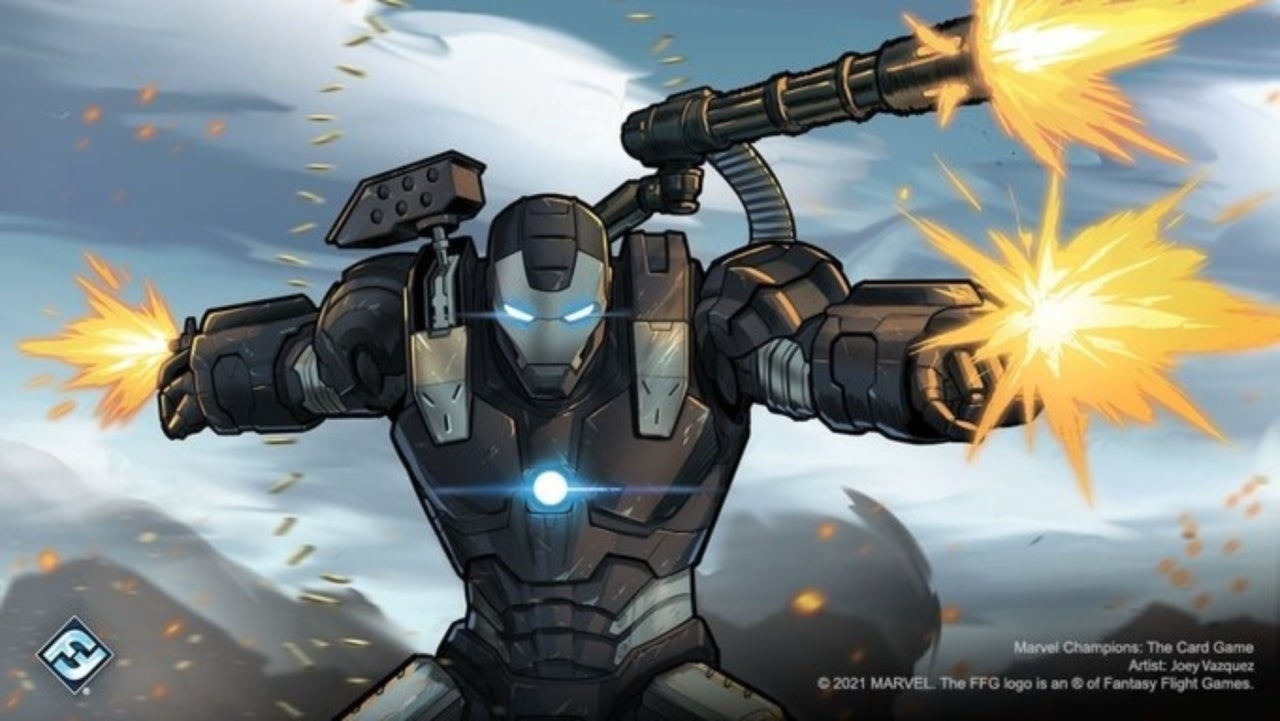 Marvel Champions: The Card Game has announced a new Hero Pack featuring War Machine. Earlier today, Fantasy Flight Games announced the War Machine Hero Pack for Marvel Champions: The Card Game. As with other Hero Packs, the pack comes with a pre-constructed deck containing everything you need to play as the armored hero in any scenario. War Machine’s abilities are built around the use and replenishment of ammo counters. Whenever War Machine suits up, he gains 5 Ammo Counters that are then spent when using various Event cards. Some cards give War Machine the chance to stock up on extra Ammo Counters, and switching back to War Machine’s alter-ego side causes him to lose all remaining ammo counters. War Machine comes with a variety of attacks, with cards having the ability to deal damage to all enemies or dealing a ton of damage to just one opponent.

Marvel Champions: The Card Game is a living card game, with new content added to the game every month. Players choose a single main hero and build a deck using cards unique to that hero, “basic cards” that can be added to any deck, and cards from one of four different aspects. The game comes with both standalone scenarios to play through as well as campaigns that give player the chance to upgrade cards and earn powerful bonuses as they progress through the storyline.

The War Machine Hero Pack comes with several new Leadership aspect cards that add new allies like Captain Marvel and Black Panther. While the Captain Marvel ally card costs a whopping 5 Energy to play on its own, the deck includes a potential combo with a card that allows an ally to enter play for one turn for no cost. Coupled with another card that gives you the ability to discard an ally card and deal damage equal to their printed cost, a player could hypothetically use the Captain Marvel ally card to deal a whopping 11 damage in a single turn before having her depart the field.

The War Machine Hero Pack will be released for Marvel Champions: The Card Game later this year.