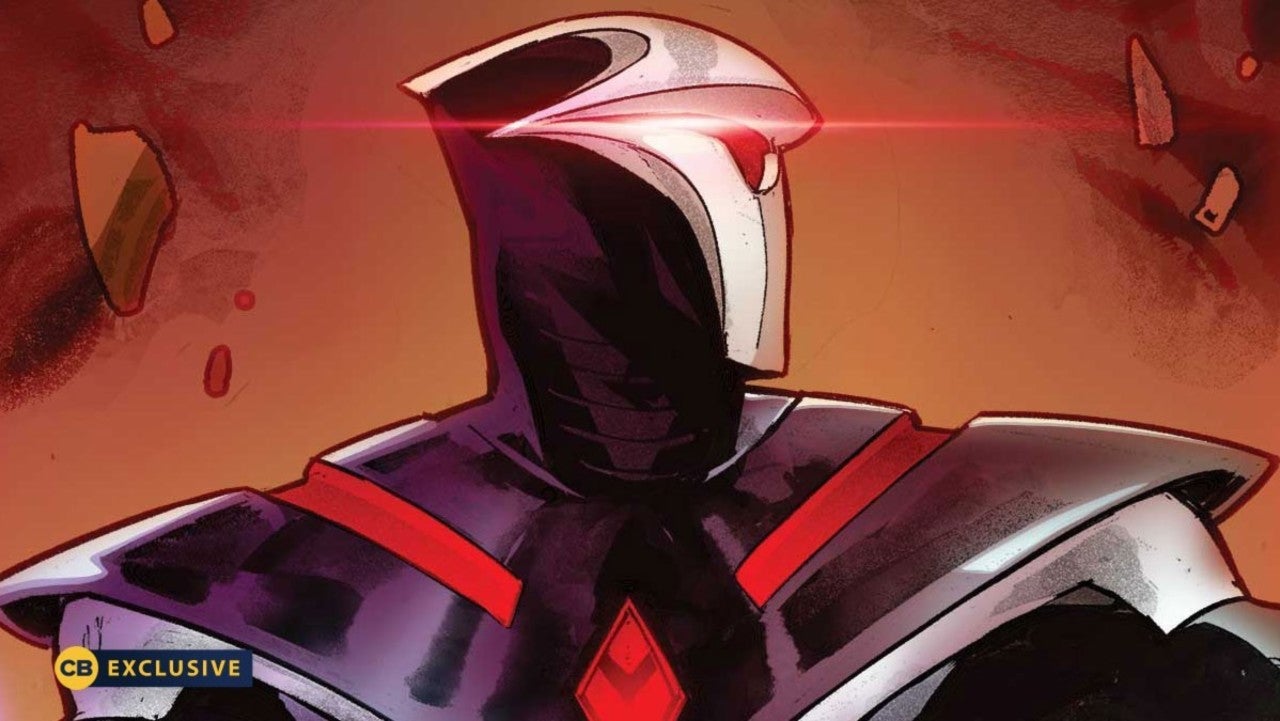 Marvel is ready to bring Darkhawk back into the spotlight with a new ongoing series, but it won’t be Chris Powell operating the suit this time around. Instead, it will be a new character stepping into the role, a young man named Connor Young, who is experiencing a life-changing diagnosis when he first comes into contact with the amulet. At the helm of the new series is writer Kyle Higgins, artist Juanan Ramirez, and colorist Erick Arciniega, and not only did we get an exclusive first look of the big first issue to share, but we also got a chance to talk to Higgins all about the upcoming series. First we wanted to tackle how Connor changes into Darkhawk, and Higgins is excited to explore new aspects of the whole swapping bodies with an android premise.

“So actually, that’s how it worked with Chris, too. At least initially. He wasn’t transforming into Darkhawk,” Higgins said. “His body was swapping places with an Android housed in Null space. That’s something I really wanted to get back to with Connor– it’s a dynamic I find super fascinating. There’s quite a bit of Miracleman in there and I can’t wait to dive in and explore it, especially with Connor’s diagnosis. What does maintaining a synaptic link — and control over the android — look like when you have a neurodegenerative condition like multiple sclerosis?”

The superhero aspects of Darkhawk are larger than life, but it’s the quite personal story of Connor’s struggles and aspirations that Higgins really loves about the premise.

“I think, similar to my other recent superhero work, like Radiant Black, Connor comes from a very personal place for me,” Higgins said. “I’m incredibly invested in his journey, navigating his diagnosis and his condition, as well as his life dreams that may or may not be possible. And all of that, in conjunction with becoming a superhero… and what that means for his M.S. I know I’m biased, but I think there’s so many interesting story avenues there that even I can’t wait to see what happens and who and what Connor is going to become.”

While Chris is no longer the book’s lead, Higgins did tease that his story and what happened to him are in play as Connor’s journey continues.

“If readers missed the Heart of the Hawk one shot we did earlier this year, I’d recommend they check it out. All three stories connect, as Juanan and I built the final page together to chronicle the final moments of Chris Powell, as he downloads his experiences to the Datasong and the Amulet,” Higgins said. “So, what does that mean for Connor? Will he be able to access that information? And what actually happened to Chris? Those will all come along. As Connor learns more about what he’s been drafted into.”

In previous Darkhawk stories, we’ve learned that as the armor becomes more compatible with its user, it can reveal additional abilities, and that is the case for Connor’s new suit as well.

“It is, yeah. Also, there’s another component to this version of the Android as well as some adjustments to the Amulet,” Higgins said. “I don’t want to spoil too much, but that’s part of the fun with a hero like Darkhawk– introducing some other weapons, tech, and possibly even forms. All as they relate to Connor’s journey as a new hero.”

Speaking of the armor, the new suit looks stunning, and Pepe Larraz nailed it from the very first sketch.

“Yeah, this was literally Pepe Larraz’s first sketch and we all loved it. It’s always tricky updating or redesigning a character, but I was really excited about the prospect,” Higgins said. “Honoring what came before, but pushing it down a new path for the 2020s. I love how stylish and modern this feels. Pepe really killed it.”

That new suit includes a gauntlet that even boasts some Wolverine-style claws. So, we had to ask, how does it stack up to Wolvie’s claws, and what else is the gauntlet and the new suit capable of?

“HA! I mean, few things stack up to Adamantium. I’m not sure how they’d do head to head– they’ve got some pretty cool tech behind them. And the amulet also powers a host of new weapons, all in crackling magenta tones,” Higgins said.

Before we departed we had to ask about the armor’s Fraternity of the Raptors origins, and if they will come into play at all. “There’s no Raptors in this first story, no,” Higgins said. “We’ll see what the future holds!”

Darkhawk hits comic stores this August, and you can check out the exclusive preview in the images above.

Are you excited for Darkhawk? Let us know in the comments and as always you can talk all things Marvel with me on Twitter @MattAguilarCB!