Marvel Legends What If…? Wave: Zombies, Hydra Stomper, The Watcher, and More 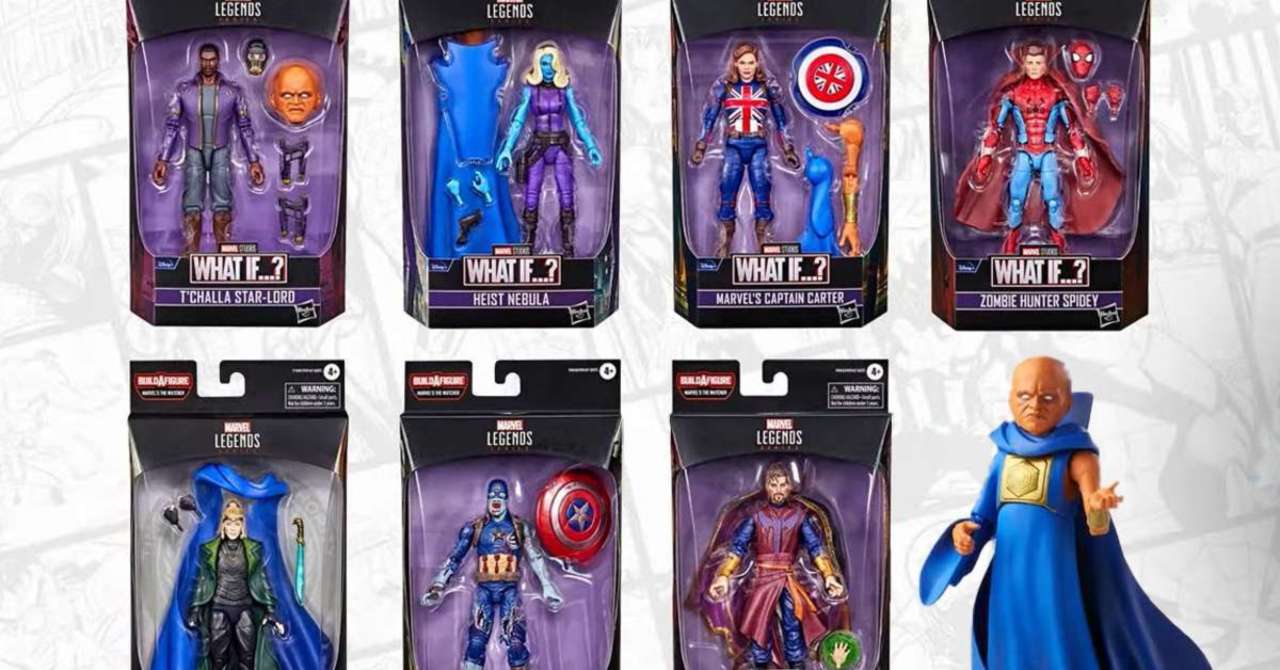 Hasbro’s Fan First Wednesday event took place this morning, and it included a ton of new figure reveals. Most of these reveals centered around the upcoming Disney+ animated series What If…? – including a very interesting The Watcher Build-A-Figure wave. Hasbro also unveiled a handful of random figures that include upgraded re-releases and army builders. Let’s break it down.

The Marvel Legends What If…? wave includes many of the multiverse characters that we’ve seen recently in Funko and LEGO releases. There’s Captain Carter, T’Challa Star Lord, Doctor Strange Supreme, Heist Nebula Zombie Hunter Spider-Man, and Zombie Captain America mixed in with Sylvie from Marvel Studio’s Loki series as part of a Build-A-Figure wave that includes pieces to assemble The Watcher. The What If…? lineup also includes a Deluxe Hydra Stomper that looks pretty massive. It even has grips that standard Marvel Legends figures can latch on to for a ride.

As for the general figures, Marvel’s Binary is coming to Walgreens as an exclusive, and an updated version of Vulture from Spider-Man Homecoming is headed to Target. A ’90s retro Tigra is launching as a Fan Channel exclusive along with a Black Hand Ninja army builder.

Pre-orders for the majority of these figures will go live tomorrow, July 29th at 10am PT / 1pm ET, and we expect that they will be available to pre-order here at Entertainment Earth right away. This article will be updated with full pre-order links and official images / details when they become available. Stay tuned.