Mumbai– Actress Mauni Rai was married to her boyfriend Suraj Nambiar on January 27. The couple got married in Malayalee and Bengali style. The couple’s wedding photos and videos were much talked about. Recently, Mauni was spotted with her husband during a dinner date, the video of which went viral on social media.

The actress has met her husband Suraj after a long time as they had gone to Dubai for work, due to which the two had to stay away.

In the video, Mauni Rai was seen in a brown short dress. The actress also wore boots. The actress had light make-up and left her hair loose. The actress looked very hot in this look. Looks handsome in sun light blue t-shirt and dark blue pants. Both are posing in front of the camera in a charming manner. Fans are really liking this video. 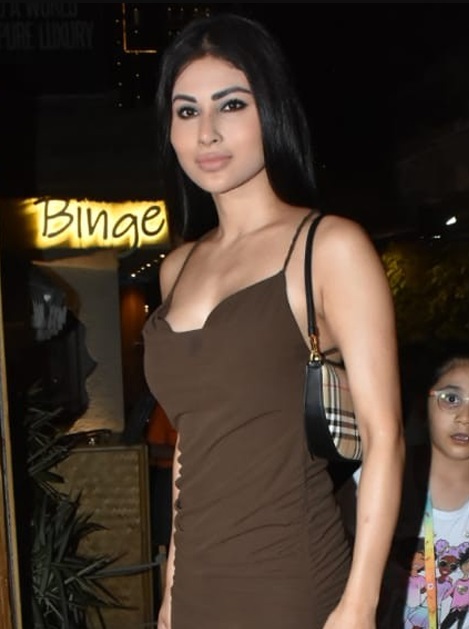 Speaking of work, Mauni will be seen judging ‘Dance India Dance Little Masters 5’. Apart from this, the actress will be seen in the movie ‘Brahmastar’. The film will star Mauni alongside Amitabh Bachchan, Ranbir Singh and Alia Bhatt.