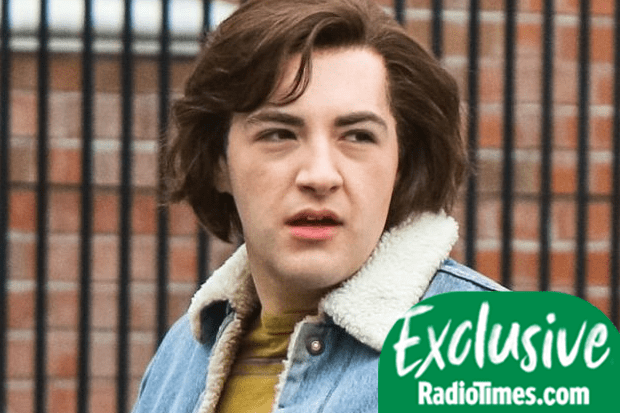 James Gandolfini’s performance as Tony Soprano was dream casting, and the character remains one of the most iconic to have ever graced the small screen. So anyone signing up to replace the late actor in the role would be understandably nervous – even if that person is James’ own son.

The Many Saints of Newark, a prequel to The Sopranos, is about to be released in cinemas and Michael Gandolfini will be playing a much younger version of Tony than we saw in the six series run of the show. The movie will show how he became the man he did, while also tackling issues that were rife in the area at the time, including the riots that were commonplace.
Music promotion
Michael has been talking to RadioTimes.com about embodying the beloved character and what it was like to play someone so closely linked to his father, who passed away in 2013.“There was a kind of pressure, obviously” Michael admits. “I want to make my dad proud, I want to make the fans proud, I want to keep the legacy of this character intact. But I have to say when filming started and even since, it’s sort of been these biteable chunks of getting the accent right, getting the body, learning the character, really understanding how different he is.”Of course, playing Tony means researching the character and his original portrayal – which meant Michael had to watch the show through for the first time. As you might expect, this proved to be an emotional experience for him.“The first time I was asked to audition was when I really felt emotions regarding fear, pressure and ‘Maybe I shouldn’t do this’. But there was no reason I shouldn’t audition. It’s good for a young actor to audition as much as possible, so I auditioned and then I began watching the series for the first time. That was absolutely emotional, but I created a system where I could have sort of an emotional dump with friends and fellows, then go home and study it like a character.”And the whole process has been an eye-opening one for Michael who had no idea how huge the show was or how strange his upbringing was as a result of it. “I’d honestly say I had no idea until I started this process. Growing up, I didn’t know any different. I was always on set with everyone, so I didn’t know it wasn’t unique. I was born during the first season so I had always been used to it.”

We’ll see how Michael encapsulates his father’s character when The Many Saints of Newark (directed by Alan Taylor) is released tomorrow.

Looking for something else to watch? Check out our TV Guide to see what’s on tonight, or visit our Movies hub for the latest news and features.