When the Phoenix, Arizona, police received a hysterical phone call informing them of a murder, they did not expect to arrive and find seven witnesses to the horrific crime. Yet, all seven children had to go through the terrifying ordeal of watching their mother, Michele Davis, get stabbed to death before their eyes. This brutal murder is a perfect example of how uncontrollable rage can break apart families. If you want to know more about this case and where Michele’s murderer is today, we have got you covered!

How Did Michele Davis Die?

Michele Davis lived in Phoenix, Arizona, with her husband, John Leo Davis. The couple shared eight children, out of which three were their very own. John had three children from his previous marriage, while Michele had two more from hers. With motherhood always a priority, Michele never gave up on her dreams and was studying to be a nurse. Described to have a lively and ever-helpful personality, she was adored in the community and is still missed sorely ever since her horrific slaying.

On March 26, 2015, the police received two calls informing them of a stabbing. One was made by Michele’s husband, while her 14-year-old daughter made the other call after witnessing her mother get stabbed. However, nothing could prepare authorities for the brutal scene they walked into. Michele Davis was lying unconscious in a pool of her own blood with multiple stab wounds in her back. The police immediately shifted her to a nearby hospital, where she later succumbed to her injuries.

Law enforcement also found seven of the couple’s children to be eyewitnesses to their mother’s stabbing (the eighth child was not at home during that time). Thankfully the children were unharmed, and the police immediately removed them from the house and placed them in the care of their relatives. However, with the news of Michele’s death coming through, the case was upped to homicide, and authorities were determined to bring the killer to justice.

John Leo Davis, Michele’s husband, was convicted of the murder in 2020. On the fateful day, John was scolding one of his children for playing video games. The argument soon turned violent as John hit the boy across the face in a fit of rage. In turn, the boy went to Michele and told her about John’s behavior. Michele decided to take it up with her husband, and the two soon began arguing. The argument escalated massively with John almost at the end of his patience. John let his anger take control as he reached out for a knife and chased his wife towards the front door from the kitchen.

This scene was seen by the children. Finally, John caught up with his wife near the front door and, in his frenzy, began stabbing her without any remorse. Michele was stabbed multiple times in the back, following which she collapsed with her blood pooling around her body. Moreover, seeing Michele being stabbed mercilessly, the couple’s 14-year-old daughter decided to take matters into her own hand and called 911 to report the incident.

Once John’s rage subsided, he was horrified at what he had done. He immediately took up the phone and called 911 to give a full confession. He appeared to be overcome with remorse and emotion as he confessed to stabbing his wife multiple times in blind rage. Once the police arrived, they immediately took John into custody without any incident.

During their investigation into John, authorities discovered that he had several prior records of domestic abuse. In the 1990s, John was reportedly arrested twice on suspicion of battery against a spouse. Reports also claim that he was allegedly arrested in 2006 for the same reason. Two years later, in 2008, John was arrested once more after authorities suspected him of assault and child abuse against Michele and his children.

Where Is John Leo Davis Now?

After John was arrested in 2015, law enforcement officials charged him with the first-degree murder of his wife. Furthermore, he was also charged with disorderly conduct and child abuse. When first produced in court, John pleaded not guilty to all three charges. However, prosecutors wanted to aim for the death penalty as they believed that he was in complete control of his senses during the crime. 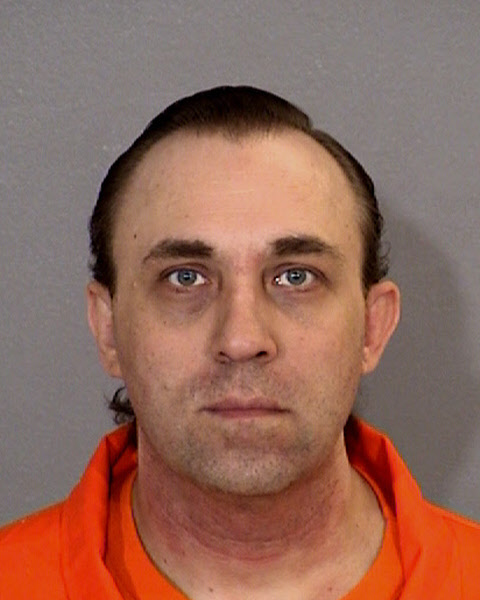 Finally, in 2020, John agreed to a plea deal where he would plead guilty to second-degree murder charges, and in exchange, the additional charges of disorderly conduct and child abuse would be dropped. Based on the plea deal, he was sentenced to 25 years in prison. Currently, John Leo Davis is incarcerated at the Rincon Unit of the ASPC Tucson in Tucson, Arizona, and will be eligible for release in 2040.