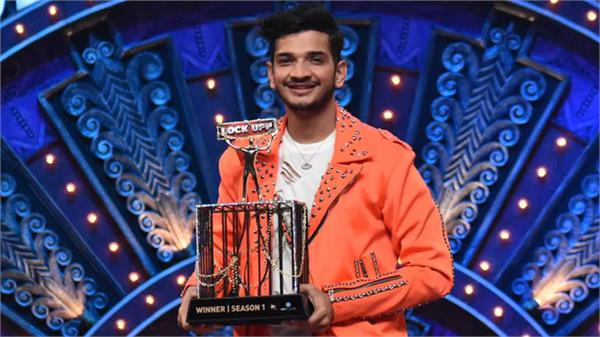 Mumbai (Bureau) – Kangana Ranaut’s popular reality show comedian Munawar Farooqi has finally won. After 70 days of hard work, they won the trophy. Munawar Farooqi’s game was already quite popular among the spectators. People were even telling him the mastermind of the game.

By winning the ‘Lock Up’, Munawar also proved that he was the real mastermind of the game. Even before the winner was announced, Munawar Farooqi was considered the winner of the show. There Munawar also lived up to everyone’s expectations and in the end won the trophy.

According to reports, Munawar Farooqi got more votes than Tejaswi Prakash, the winner of ‘Bigg Boss’. Munawar is a standup comedian by profession. With the entry in ‘Lock Up’, people got to see the real side of Munawar and maybe that is why he managed to win the hearts of the people.

Munawar also made some startling revelations about his personal life during the show. Apart from the trophy, Munawar also bagged a cash prize money of Rs 20 lakh and a foreign tour of Ortiga and Italy.