After the ‘Joint-Training Arc,’ it seems that ‘My Hero Academia’ anime is set to adapt the next two story arcs from the original manga series, ‘Meta Liberation Army’ and ‘Endeavor Agency,’ simultaneously. If that’s true, it’s an admittedly risky venture as so many things can go wrong, but if the anime writers can pull this off, it will be an incredible experience for the manga readers and show-only fans alike.

In ‘My Hero Academia’ season 5 episode 13, titled ‘Have a Merry Christmas!’, U.A. High School brings in Mt. Lady to teach students how to handle the media after a disastrous interview involving Shouto and Bakugou. The Hero Public Safety Commission requests the school to send the students for work studies. It’s Christmas, and the students of Class 1-A celebrates the occasion with Eri. Here is everything you need to know about the ending of episode 13. SPOILERS AHEAD.

The episode begins nine days before the current timeline at Deika City. Tomura Shigaraki appears and causes widespread devastation. It is later revealed that 19 other villains were with him, and together, they nearly destroyed the city within 50 minutes. In the present day, Shouto and Bakugou are interviewed for catching the Cider House gang. It goes as bad as anyone would have predicted. Bakugou snaps at the reporter after every question directed at him, while Shouto gives short and dry answers. When the hour-long interview airs, it is revealed that they have cut out all of Bakugou’s segments. Hanta and Denki find this hilarious, while Ochako and Asui believe that the reporters were trying to protect him. 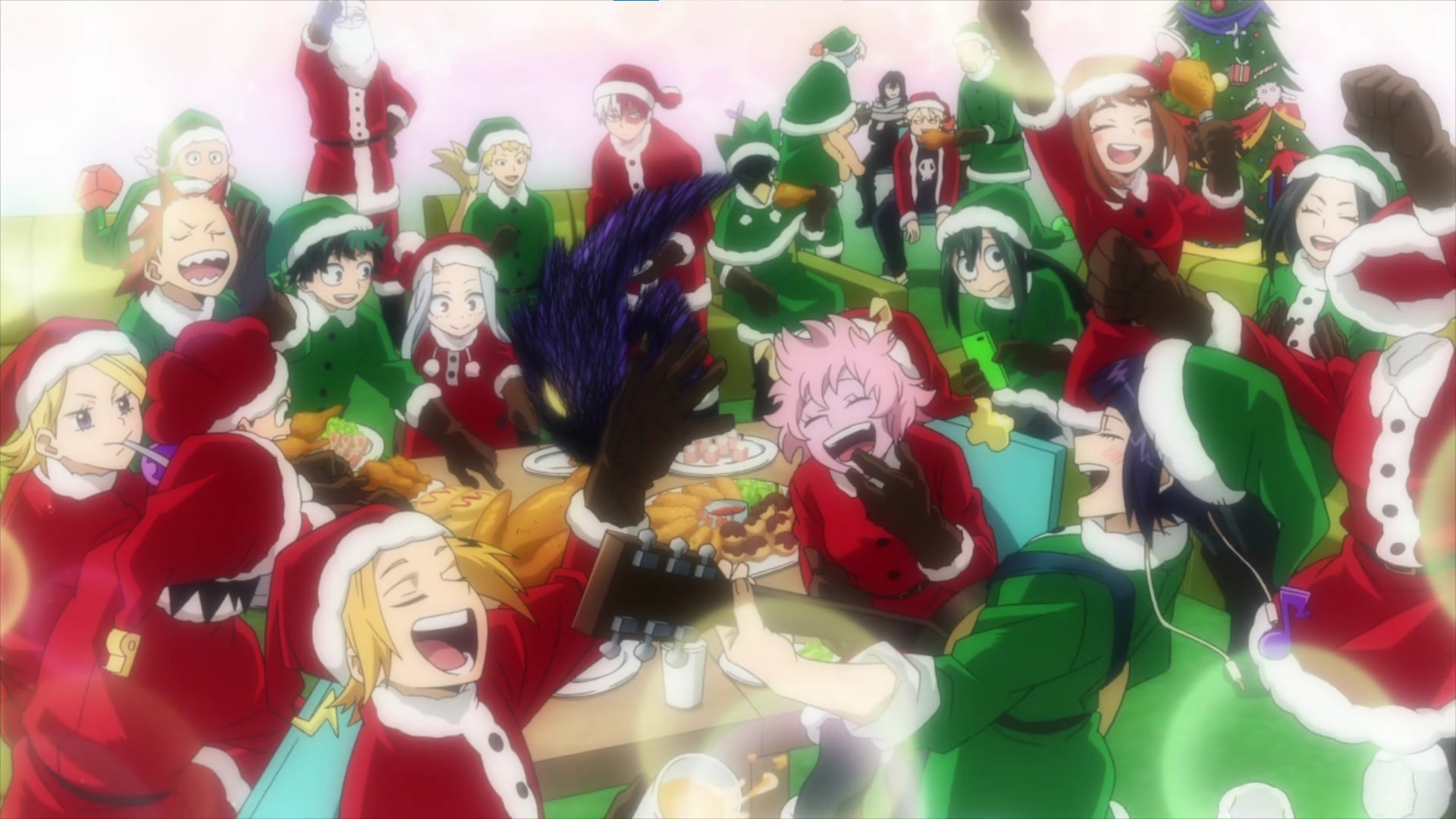 Soon, the students discover that they have a surprise visitor. The teachers have decided to get pro-hero Mt. Lady as a guest lecturer to help the students learn how to deal with the media. She speaks to each student individually and learns who they are and what makes them tick. When Midoriya’s turn comes, he freezes, making Kirishima wonder whether Midoriya can now harden his body like him. During his demonstration, Midoriya tries to activate Blackwhip. While only a wisp of black tendril comes out of his hand and doesn’t impress his classmates, Midoriya is extremely happy as he has willingly manifested the Quirk for the first time.

Later, Principal Nezu holds a conference with the teachers, during which he tells them the Commission has asked for the students to be sent to work studies. Class 1-A and Eri celebrate Christmas by exchanging gifts and eating the delicious food that Satou has prepared. Such an uplifting episode ends on a dark note as the voice-over of the older Midoriya observes that at the time, he wished that he and his friends would get to celebrate Christmas the following year as well, not knowing what was coming for them. In the post-credits scene, Shouto makes Midoriya and Bakugou an offer they can’t refuse.

My Hero Academia Season 5 Episode 13 Ending: Where Will Midoriya Do His Work-Study? What Does Shouto Propose to Midoriya and Bakugou?

During the meeting, the teachers figure out that the Commission thinks that the League of Villains is behind the Deika City incident. Although the teachers don’t know, Hawks apparently has infiltrated the League on behalf of the Commission. The teachers realize that the Council can’t outright ask the students to be mobilized, so they are using work-study assignments to keep them battle-ready. Most of the students decide to go back to the agencies where they previously did their work-studies when they were still optional.

Midoriya contacts Centipeder about doing his internship at the Nighteye Agency but is told that they can’t take him at this moment. Following Sir Nighteye’s death, Centipeder assumed the position of his former mentor at the agency and has been too busy with paperwork since to do anything else, including giving Midoriya proper training. Midoriya also apparently reached out to Gran Torino but was informed that he wouldn’t be able to do it either.

Bakugou seems to be in the same situation. Earlier, he interned at the Best Jeanist Agency, but the current No. 4 hero in the world has since gone missing. The last time Best Jeanist was seen was during his fight with All For One. He has apparently disappeared at some point after that. It is quite evident that Bakugou had formed a connection with Best Jeanist during his time at the agency. In Best Jeanist’s absence, Bakugou seems reluctant to go back there. 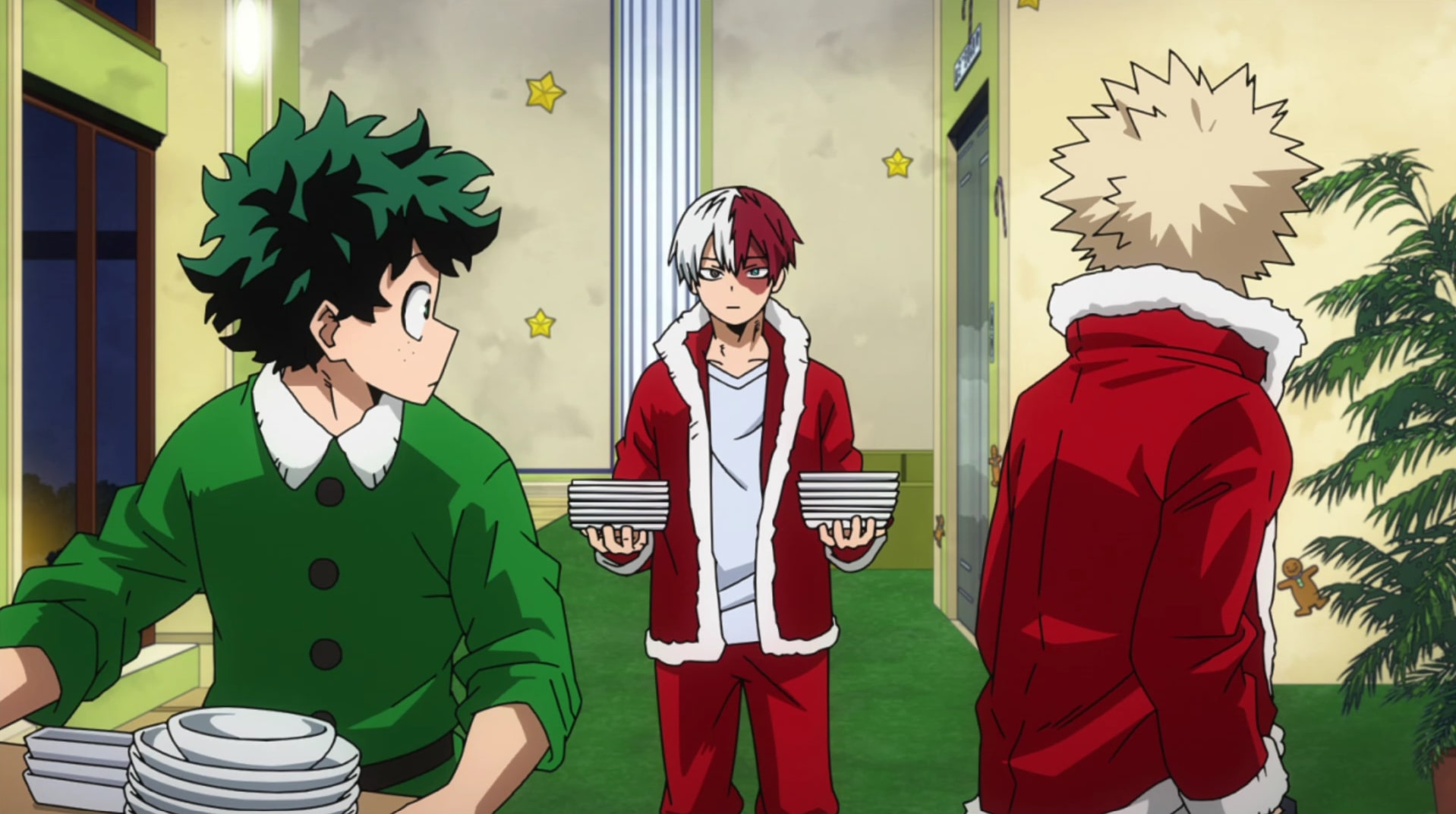 After the Christmas party, Shouto approaches Midoriya and Bakugou and asks them to join him to intern at his father, Endeavor’s agency. Endeavor is the current No. 1 hero in the world and one of the most relentless and driven characters in the series. Both Midoriya and Bakugou are likely aware of what this opportunity entails, and they will not let it slip away. Even the students have some inclination that things are rapidly changing around them.

People’s opinions about the heroes have become much more positive, especially since Hiroshi Tameda shouting “Can’t You See?” during Endeavor’s fight with High-End. However, the villains might consider this a challenge and try to change it by showing the people that heroes can’t save them. To prevent that from happening to them, Midoriya, Bakugou, and Shouto must train with the best, and that’s currently Endeavor.