‘Katla’ is a slow burn mystery sci-fi series set in a small Icelandic town in the shadow of an active volcano. With most of the residents having left, only a few stubborn townsfolk and rescue workers remain in the ash-covered ghost town, along with a team of researchers. The mysterious appearance of those thought to be dead sends the town and its residents groping for answers, and what follows is an intricate exploration of how each of them deals with the sudden reappearance of a loved one.

The search for answers leads the characters deep under their town and into their past. Some even consider the strange appearances to be an indication of poignant folklore coming true. If the mind-bending conclusion of ‘Katla’ season 1 has left you with a bunch of questions, this is the right place for answers. SPOILERS AHEAD.

The story opens one year after the volcano Katla began erupting and has since shown no signs of stopping. The small town of Vik lies mostly abandoned and ash-covered, save for a few residents and rescue workers, a lone policeman, Gisli, and a team of researchers. Most of the town’s residents have moved out to Reykjavik, and the remaining suffer from respiratory troubles due to the regular ash storms.

Grima is a rescue worker who is called when a mysterious woman caked in black volcanic ash is found at the research outpost near the glacier under which the active volcano is raging. The woman, it is discovered, resembles a woman named Gunhild that worked in the local hotel 20 years ago. However, the real Gunhild soon shows up at the hospital where the ash-Gunhild is being treated, making people suspect the latter of being an imposter.

Things get more mysterious when ash-Gunhild claims to be pregnant with Grima’s father’s (Thor) child. Soon after, Grima and her father are amazed by the appearance of Grima’s sister Asa, who was thought to be dead after going missing 2 years ago near the glacier. Like ash-Gunhild, ash-Asa also has no recollection of where she was before being found and how she got covered with black ash. 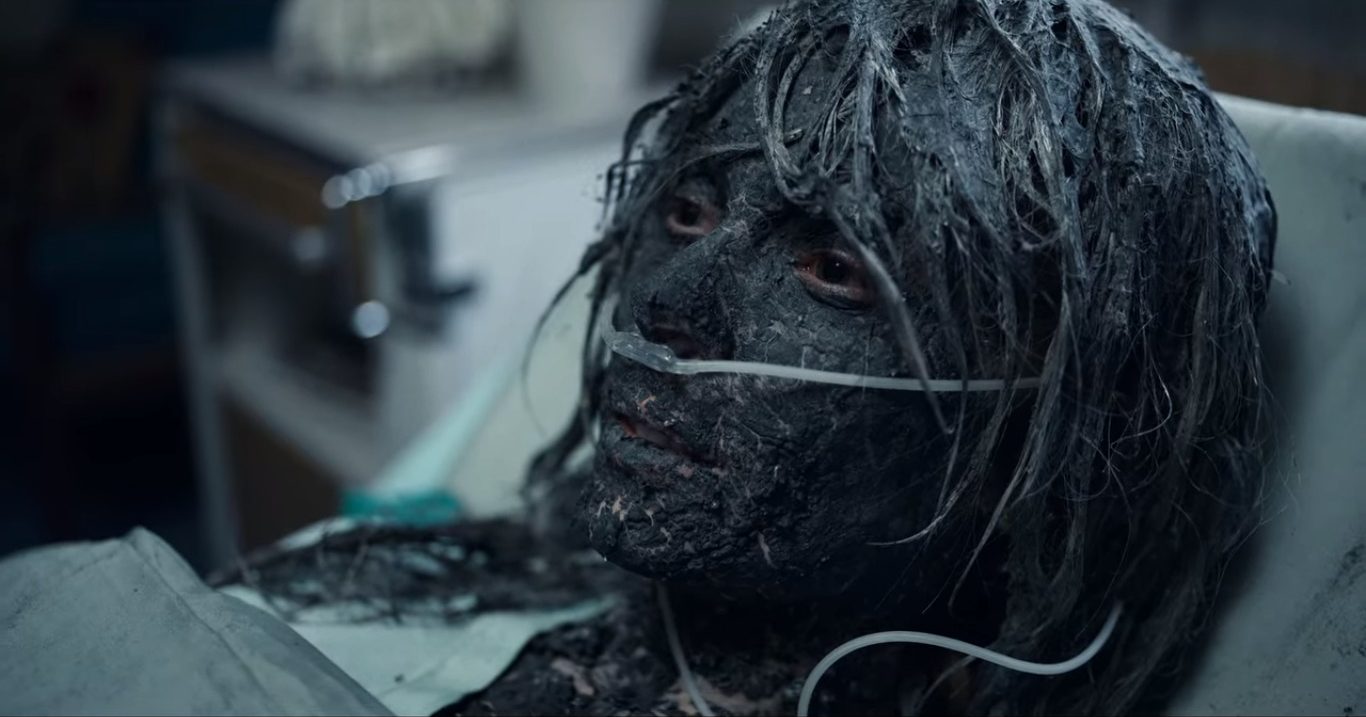 The next ash-covered person to mysteriously appear is Mikael, the young son of Darri, one of the researchers staying at the outpost near the glacier. Having seen his son die three years previously in a car accident, Darri is instantly skeptical and locks the young boy in a shed. When his wife Rakel finds out, she attempts to save ash-Mikael from Darri and runs away with the young boy. However, she soon realizes that the boy she thinks is her son harbors dark intentions that include killing her husband, and she abandons him. Meanwhile, Grima, whilst checking the research outpost for activity, finds a girl covered in black ash, who also claims to be Grima.

Grima, being practical, calmly asks her “ash” version about her memories, trying to decipher the source of the mysterious humanoids. Whilst the other town residents seem happy to have Asa back, and even Thor has begun to accept ash-Gunhild as the mother of his child, Grima continues to try and convince people that they are imposters. She finally finds allies in Darri and his wife Rakel, whose imposter son has since murdered an old couple. 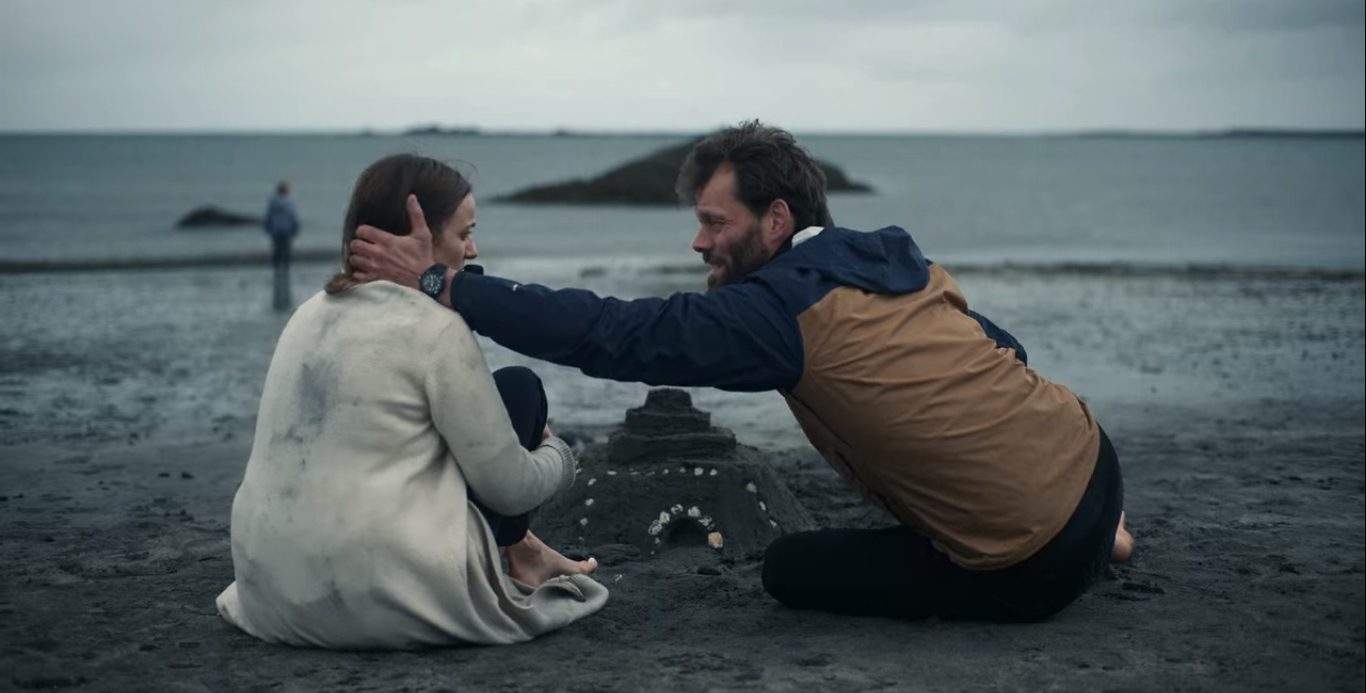 With Grima’s help, Darri collects rock samples from under the glacier and realizes that there is a meteor with strange life-giving properties buried there. He hypothesizes that it is the meteor that is responsible for creating the “ash” doppelgangers, and convinced that ash-Mikael is not his son, proceeds to drown him in the sea. Grima informs ash-Asa that she is not her sister, whose dead body has since been discovered, and watches as Asa also walks into the sea and commits suicide.

She then goes home and confronts ash-Grima. The two eventually decide to settle the question of who gets to live with a game of Russian Roulette, which one of the two wins. The closing scenes show us a happy Grima surrounded by her husband and father, playing the piano. Just before the credits, we are shown a montage of stone humanoid silhouettes deep underground and a quick glimpse at a hazy horizon beginning to fill up with dark, ash-covered figures heading towards the town.

The climax of the season finale — a tense game of Russian roulette with the two “Grimas” sitting side by side, dressed alike — leaves us wondering which one of the two ends up killing herself. We initially see the real Grima sitting on the right wearing brown, whereas ash-Grima is sitting on the left in a blue top. The closeups that follow make it impossible to know which one shoots herself for sure unless you count the clicks of the gun’s empty barrel whenever the trigger is pulled. 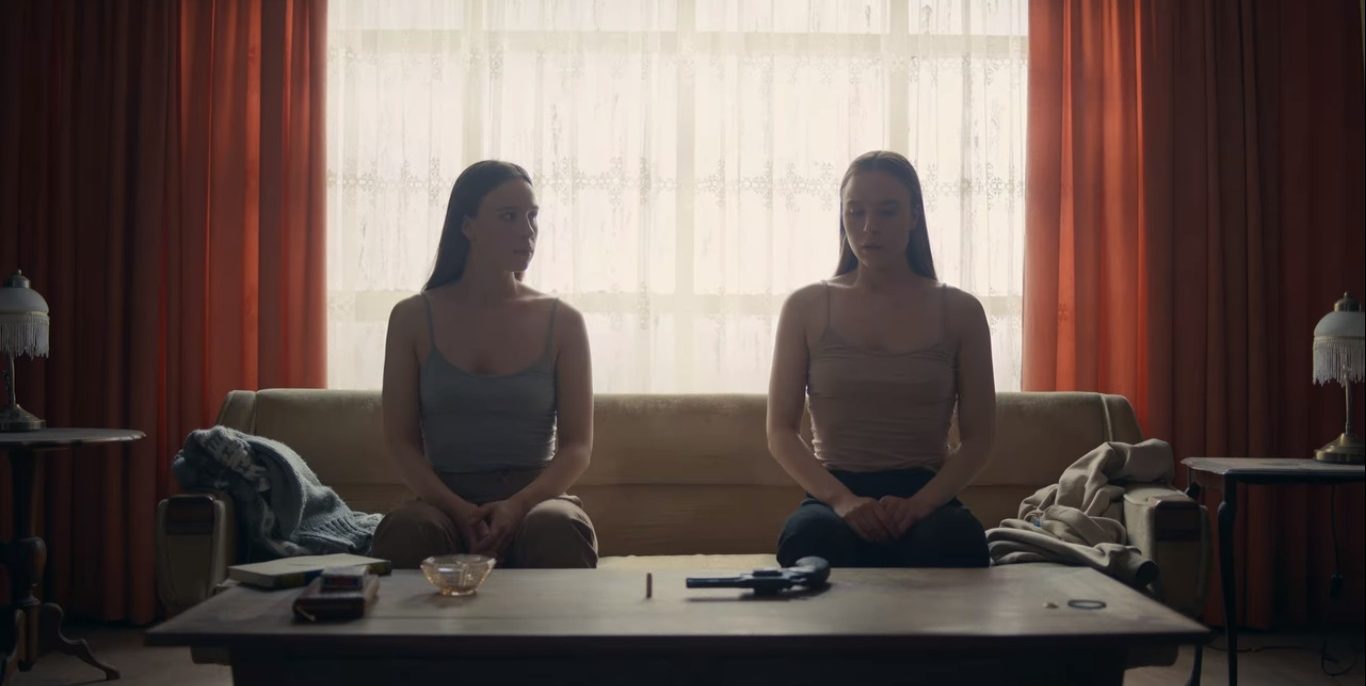 Are the Folktales Coming True?

Multiple folktales describing strange events occurring over the centuries every time the volcano Katla has erupted are narrated by the Vik Hotel’s superstitious proprietor. The first folktale, about an incident that took place in the year 1311, involves a young girl and her dog that go missing and are found many months later, alive and well, having inexplicably survived the harsh winter. The townspeople at the time refer to the child as a “changeling” — an offspring of the ominous “hidden people” that seem to be supernatural entities. 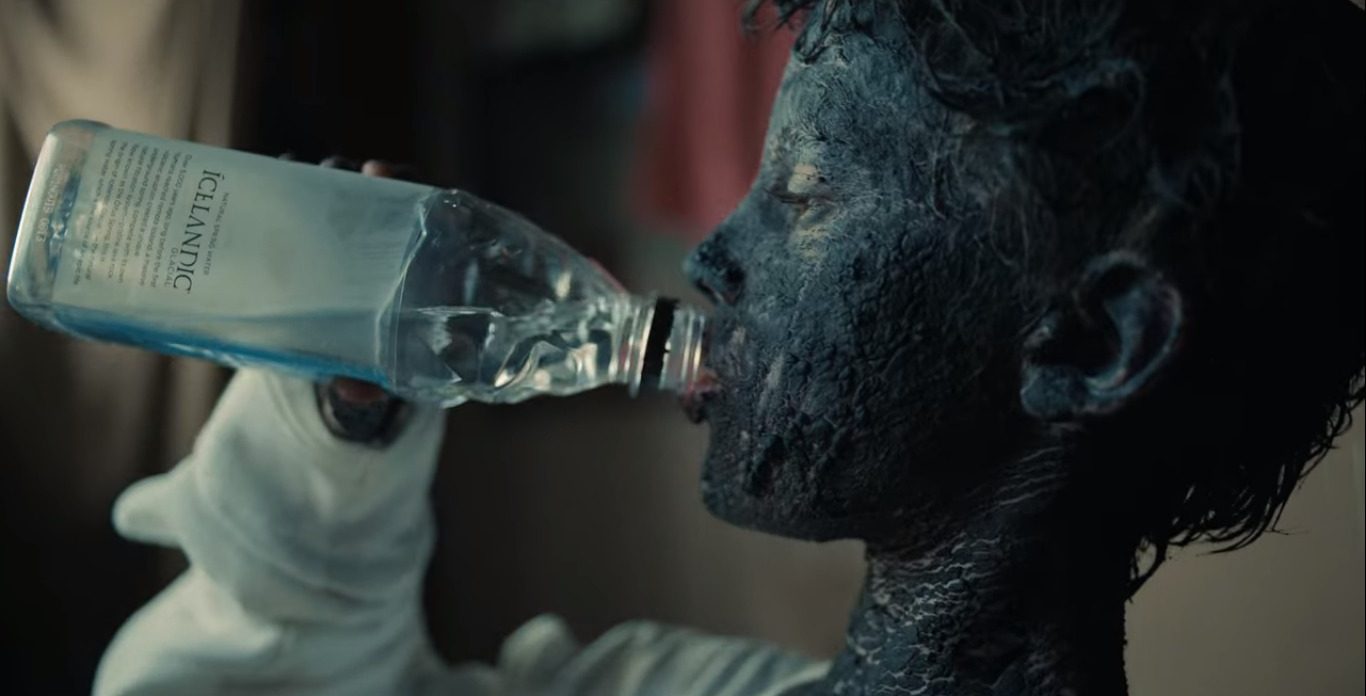 The second folk tale is set during Katla’s 1625 eruption when a mysterious child comes back after being abandoned by his mother and proceeds to murder her. Both these folktales sound eerily close to what is happening in the town of Vik, with the appearance of people closely resembling those thought to be dead. The story about the young boy abandoned by his mother rings particularly true as Mikael, who also has murderous proclivities, is abandoned by his “mother,” Rakel. Hence, the folktales do seem to be coming true.

This can be explained by the fact that the meteor, which has been under the glacier for over 2 millennia, is what inspired the folk tales in the first place with its peculiar life-giving attributes. The strange events seen at Vik during the current eruption of Katla are also caused by the meteor, hence showcasing actual folklore in the making. These instances are being caused by the otherworldly effects of the meteor.

What is the Meteor Doing?

The meteor, as hypothesized by the scientist Darri, is absorbing the most intense emotional feelings of separation that those closest to the glacier are having and recreating the people that are being missed. Both Mikael and Asa were sorely missed by their families after their untimely death, whilst Gunhild was missed by Thor. Grima’s husband Kjartan missed his wife due to her being constantly preoccupied with her sister, which resulted in Grima’s “ash” version being created as well, despite her still being alive. 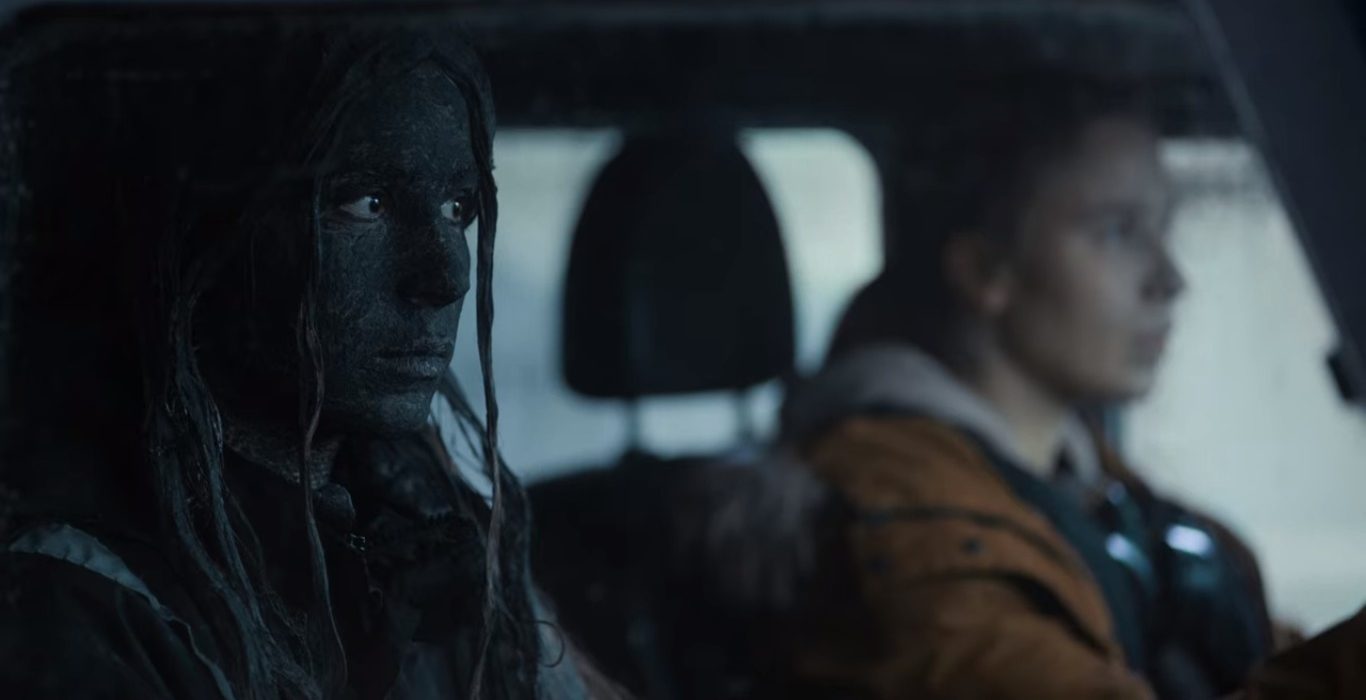 The humanoids created by the meteor are not exact replicas of those that they resemble but are instead molded by the thoughts that people have about them. This is why Darri takes responsibility for the dark, murderous nature of his “ash” son because he was formed whilst Darri was having negative thoughts about his impending divorce and the “death” of his relationship.

It’s interesting to note that most of the humanoids created by the meteor, despite mystifying and, at times, tormenting the townspeople, also help many of them move on from the deaths of their loved ones. We see this most clearly with how dealing with their “ash” son brings Darri and his wife Rakel closer together and also helps them make peace with their young son’s death. Ash-Asa helps Grima and her father move on from Asa’s death.

The “ash” humanoids are also not overly dominating or violent (except ash-Mikael) and are even happy to end their lives when they realize they have no further purpose, as is the case with ash-Asa as well as Grima’s “ash” doppelganger, who willingly shoots herself after losing a game of Russian Roulette. Hence, the meteor is creating beings who don’t seem to have any dark underlying motive but are instead molded by the thoughts of the town’s residents. As we see in the closing scenes of season 1, the meteor has created many more humanoids, and the few we have seen are just the beginning.

What is the Significance of the Raven with a White Feather?

A raven with a white feather is seen repeatedly, most often near Thor, who also seems to imbue some significance to it. However, when we see him bury the raven and another one shows up, we realize that there are multiple ravens, and each seems to have a particular white feather. Though not clarified so far, the raven seems to be the manifestation of the meteor’s power (of creating living creatures) being translated to birds. 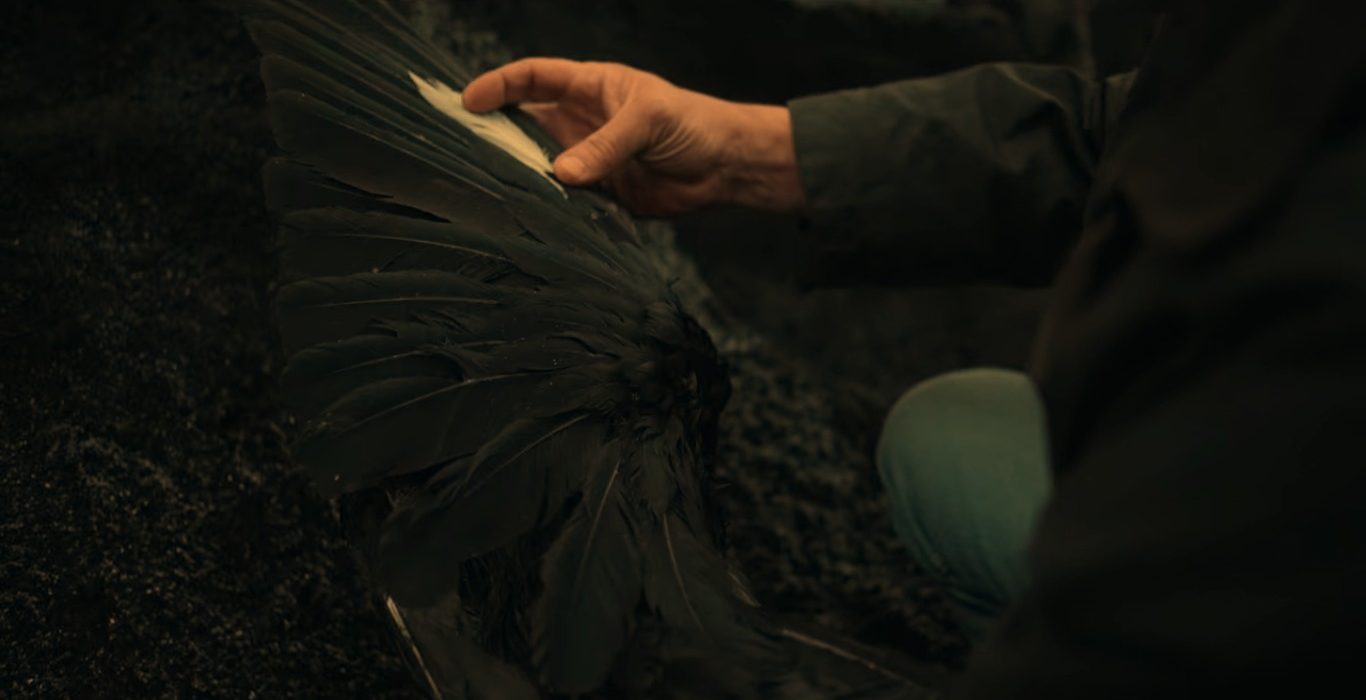