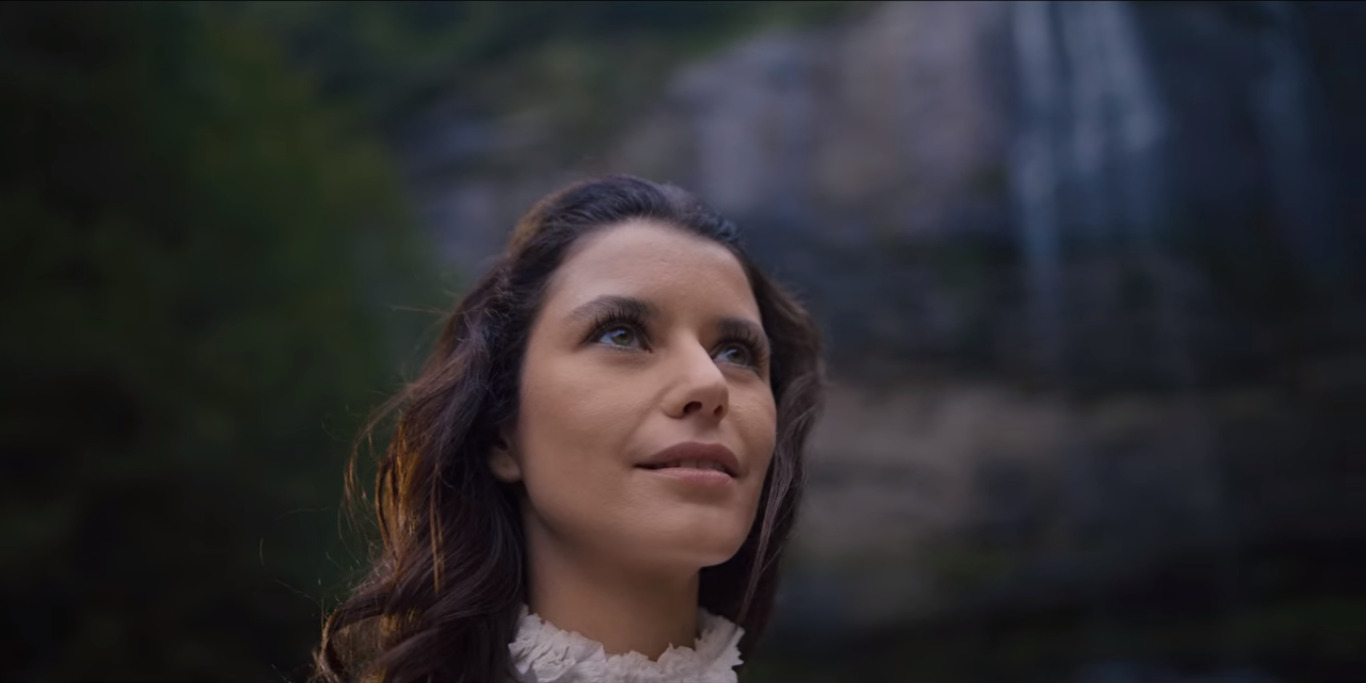 Running behind truth may not always lead to enlightenment — sometimes it leads to doom. The civilization is under invisible threat, but this is a series that does not ever give up on humanity. Ideated by Jason George and Nuran Evren Şit based on the book ‘Dünyanın Uyanışı’ by Şengül Boybaş, ‘The Gift’ (original title: ‘Atiye’) is an engrossing and esoteric Turkish-language mystery thriller series that attempts, above all, to make us familiar with our inner selves. If the first season takes us on a journey to uncover the archaic past, and the second season transports us to the moors of a bleak future, the third season brings the story back to a timeless present, guided by the genetic codes written in our collective consciousness.

The season introduces us to Atiye’s daughter Aden, and her character gives the story a whole new dimension. The befitting end of the epic drama is given an overarching closure. The anxiety and secrecy that marks the beginning of the season subside in the final moments of clarity, and rays of hope shine through the darkness as a new age reveals itself. However, some questions remain to be explored in further detail. Let us now decipher the ending, or is it the beginning? SPOILERS AHEAD.

Eight years have passed since the kidnapping of Atiye’s daughter. Atiye works as an art therapist, while Erhan gets fired from the university. On the brighter side, they are together in this timeline. Viewers are cursed with a dramatic irony since they know about Ozan’s involvement in the kidnapping, but the characters remain unaware until the right moment. Serder is repentant for his mistakes, and the season gives him a chance at salvation. Erhan reaches out to Serder to decipher the secret language of the protectors. Serder goes out looking for Erhan and Atiye’s daughter and comes to know that his son and wife are still alive. 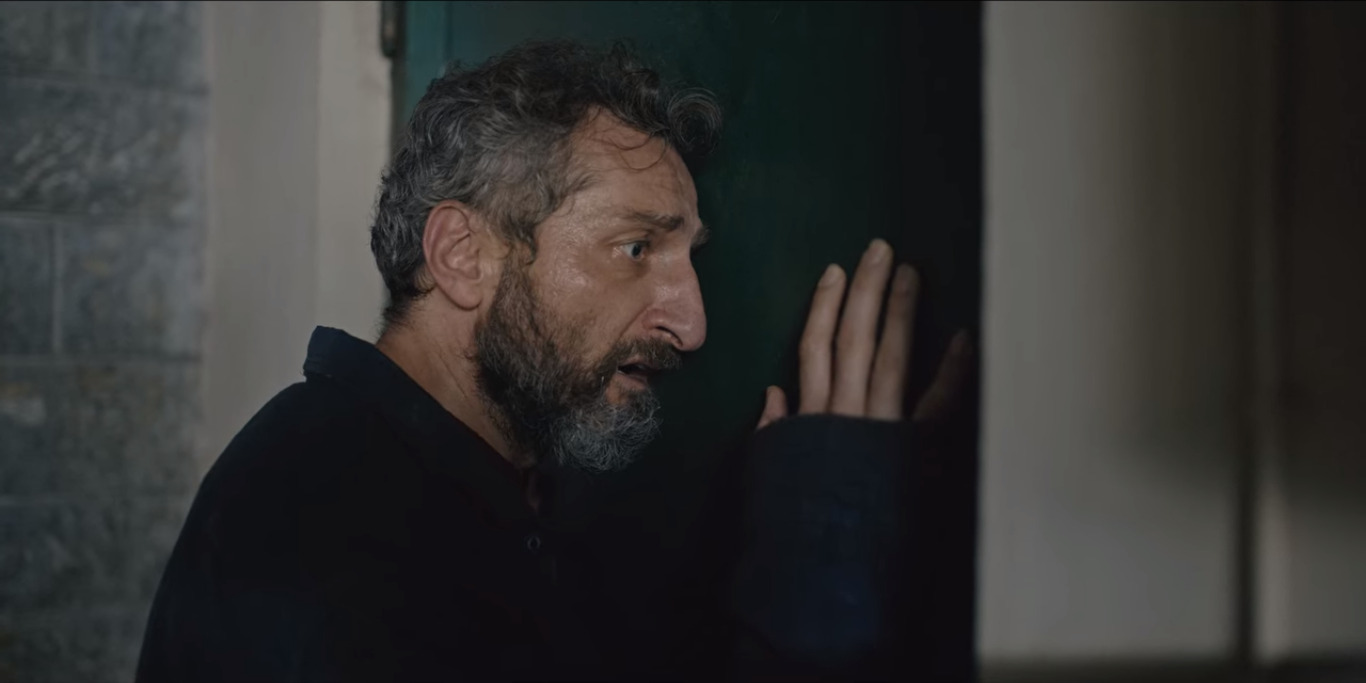 A pawn in Melek’s scheme and guided by a hatred for his father, Ozan is driven to commit patricide. Aden psychically communicates with Atiye, and following the breadcrumbs left by Serder, Erhan goes to meet the seer Umut. Following her directions, Erhan and Atiye come to the seashore house of Aden and discover a high-tech globe, while Cansu comes to recognize Aden at Ozan’s place. The couple arrives a little late as Melek and Aden have already left the place. But Ozan makes a promise, and the following day, Aden arrives at Atiye’s doorstep.

She still loves Ozan like a father, and the family has a hard time earning Aden’s trust. The globe conceals a prophecy, which sends Erhan and Umut to the historical site of the Saffron Monastery. Ancient Mesopotamian secrets wait to be revealed, and Atiye and Aden embark upon a journey of their own to find the tree of life in the ruins of the ancient city of Dara. Ozan confronts his domineering mother to devastating repercussions. Overarching villainy is revealed, and Atiye’s fear is materialized. But endowed with the knowledge of the past, Atiye chooses to make the present anew.

The Gift Season 3 Ending: Does the Apocalypse Happen?

The season is marked by a reversal, and the incident that put the non-linear mystery in motion turns on its head. In the first season, Serder wanted to bring Melek back from the dead, and that is why he went after Atiye. But as the third season reveals, Melek is tied to an ancient family of protectors, and it seems quite probable that she is the one behind the orchestration of the events. The drama goes back to the original timeline, and Melek returns to take up an important role in the finale. She takes orders from the same covert organization that guided Serder in the past two seasons.

And the penultimate moments reveal that she is the woman who was responsible for the massacre of Umut’s family. Driven by hatred, jealousy, and conceit, Melek is figured as a ruthless antagonist who would not budge before killing her family if that is what it takes to fulfill her desires. Melek is consumed by the dark spot in her heart, and she instills some of the darkness in the impressionable mind of Aden. Aden is increasingly conflicted by mixed signals, and she is manipulated by Melek into thinking that it is Erhan and Atiye who killed Ozan. But Aden’s complex mind conceals the memories of her ancestors, and she is more attuned to reality than Melek ever was. 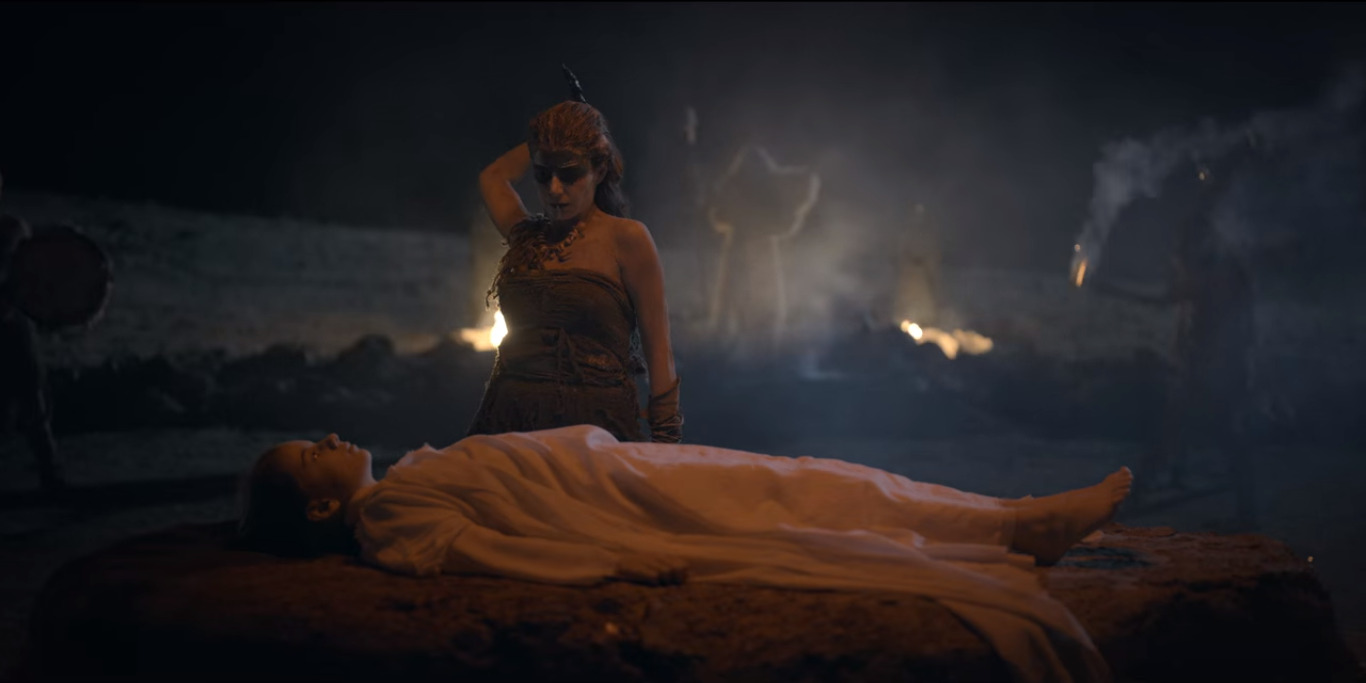 Throughout the season, we see a sequence that torments the mind of Aden – an ancient ritual where she is sacrificed by her mother. The finality of the events brings us back to the historical site of Gobekli Tepe. Aden is escorted by Melek, while Atiye and Erhan chase after them. The site of Aden’s vision comes to reality on an altar between two T-shaped megaliths. Melek’s desire for a complete collapse comes to reality on the day when the planets align with the Sirius and the Sun.

Comets hit the ground, and Atiye is reminded of Aden’s vision as she finds a sharp object on the ground. In the ancient past, she has sacrificed her daughter, but the present sees Atiye walking a different path. As Erhan and Atiye come to understand the complementing binaries hidden beneath their gender roles, Aden comes back to consciousness. Thus, the apocalypse has been averted in this reality.

Is Ozan Dead or Alive?

In the second last episode, Ozan finally finds his voice to openly oppose his mother. In the past two seasons, Ozan has been this volatile and secretive person crumbling under self-imposed pressure and attempting to meet the expectations of others. In the end, his character is redeemed by Aden and Cansu’s love. Ozan’s final demise adds a tragic dimension to the character.

We are devastated by his death, as we always knew that Ozan was a person intrinsically good at heart. In the first season, he blames himself for Cansu’s death, and in the end, helps the police get his father arrested. The mind-boggling ending of the second season sees Ozan kidnapping the newborn daughter of Atiye. After keeping Aden hidden for eight years, Ozan is directed by his mother to leave Aden with Atiye. He helps Erhan retrieve the stolen maps of the ancient Mesopotamian civilization, which helps him earn the trust of Erhan. 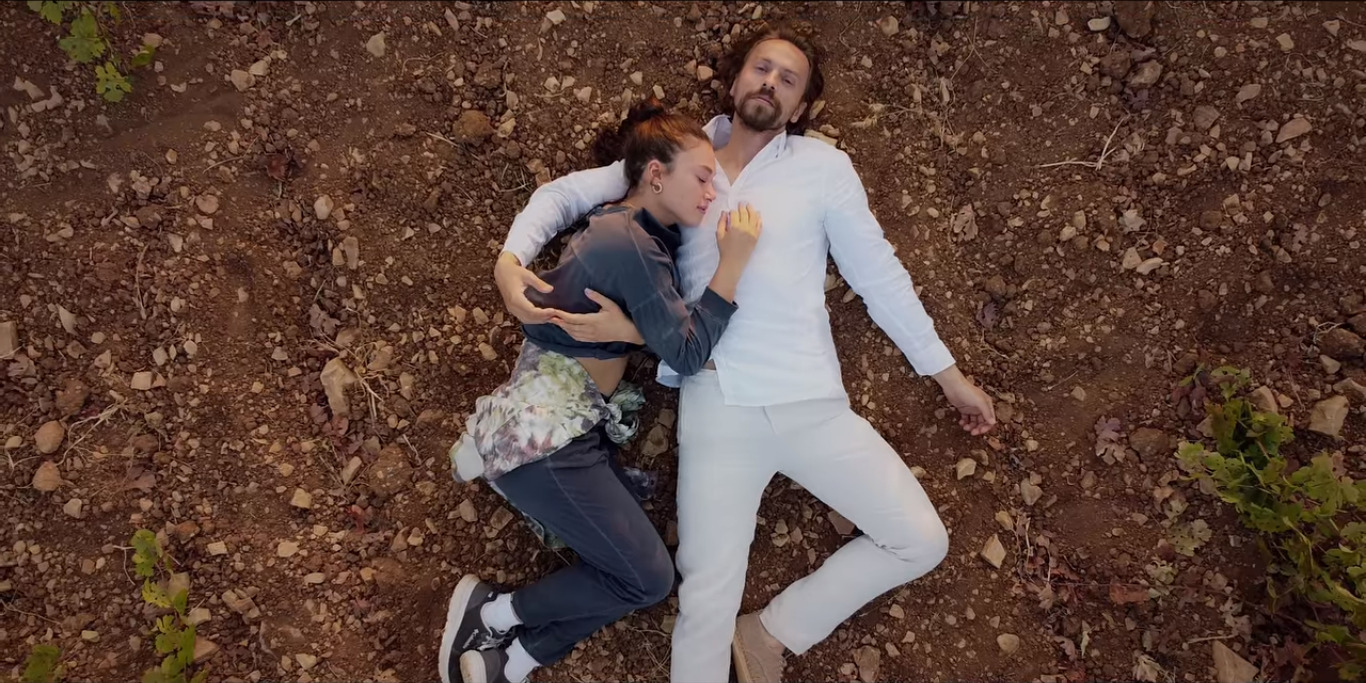 Atiye, an optimistic and compassionate humanist, never gives up on Ozan, even though she breaks off the marriage. In the finale, Ozan arrives at the monastery since he senses that Aden’s life is in danger. He threatens to shoot his mother, and we see the extent of the love that he has for Aden. But the cunning Melek pacifies him with beguiling words before throwing him off the rooftop. In this reality, he is certainly dead, but the idea of simultaneous realities imbued in the series convinces us that he is alive in other possibilities. In one possibility, he is happily engaged to Cansu, and in another, they are strangers sharing a glimpse.

What is the Significance of the Eye?

Aden adds an eye to the symbol of Atiye, in the place of the diamond. The eye gets a tangible representation in the final moment as it figures in the sky over Aden’s body. The series explores a mythical world full of symbols and hidden knowledge, and the Eye of Horus adds another layer to the intricate mythical world of the narrative. As pointed out by Erhan, the Eye of Horus plays a central role in Egyptian mythology as the omniscient eye of the divine judge. Erhan links it to Aden’s power, concluding that Aden’s role in the unfolding narrative is nothing less than that of the divine seer. 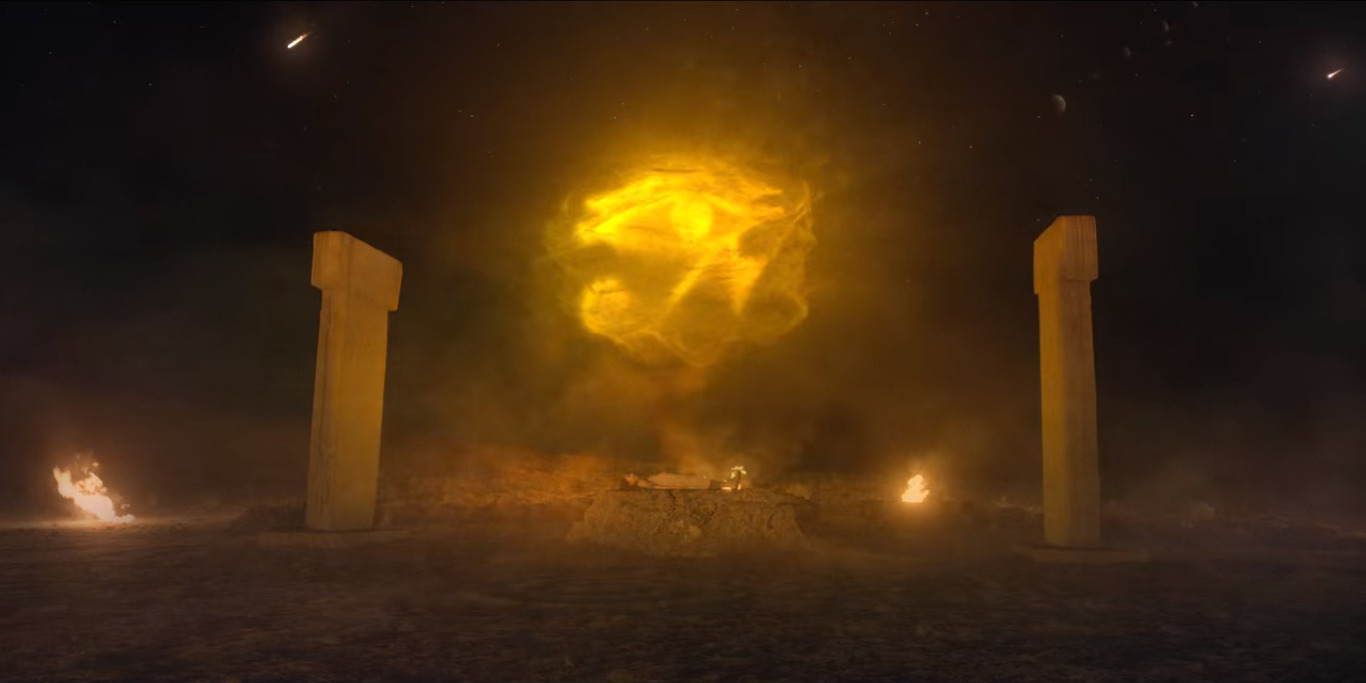 Aden’s right eye is yellow, and her left eye is blue in color. According to ancient Egyptian myth, the right eye represents the Sun, and the left eye, the moon. Seemingly, the contradicting binaries of sun and moon, man and woman, and good and bad find a perfect balance in the divine child figure of Aden, the girl who is destined to open the door to new life. If we probe further, we’ll find that a scholar named Rolf Krauss believes that the eye originally represented the transition of Venus from morning to evening, and if you may recall, Atiye and Aden are descendants of the line of goddess Venus. Therefore, the eye as a symbol holds manifold connotations in the story.

Which Organization is Sending the Orders?

From the beginning, we get the impression that the story goes beyond the immediate lives of the characters. The subsequent seasons only reinstate our faith. In the first and the second season, Serder receives orders from a covert organization he knows nothing about. The covert organization speaks in a secret language, of which there are various levels. In the concluding season, Melek receives orders from the same organization. They seemingly communicate in encoded frequencies. In the hollow compartment in the basement of Aden’s seaside shelter, Erhan finds a levitating globe. We see a symbol of a circular snake eating its tails. 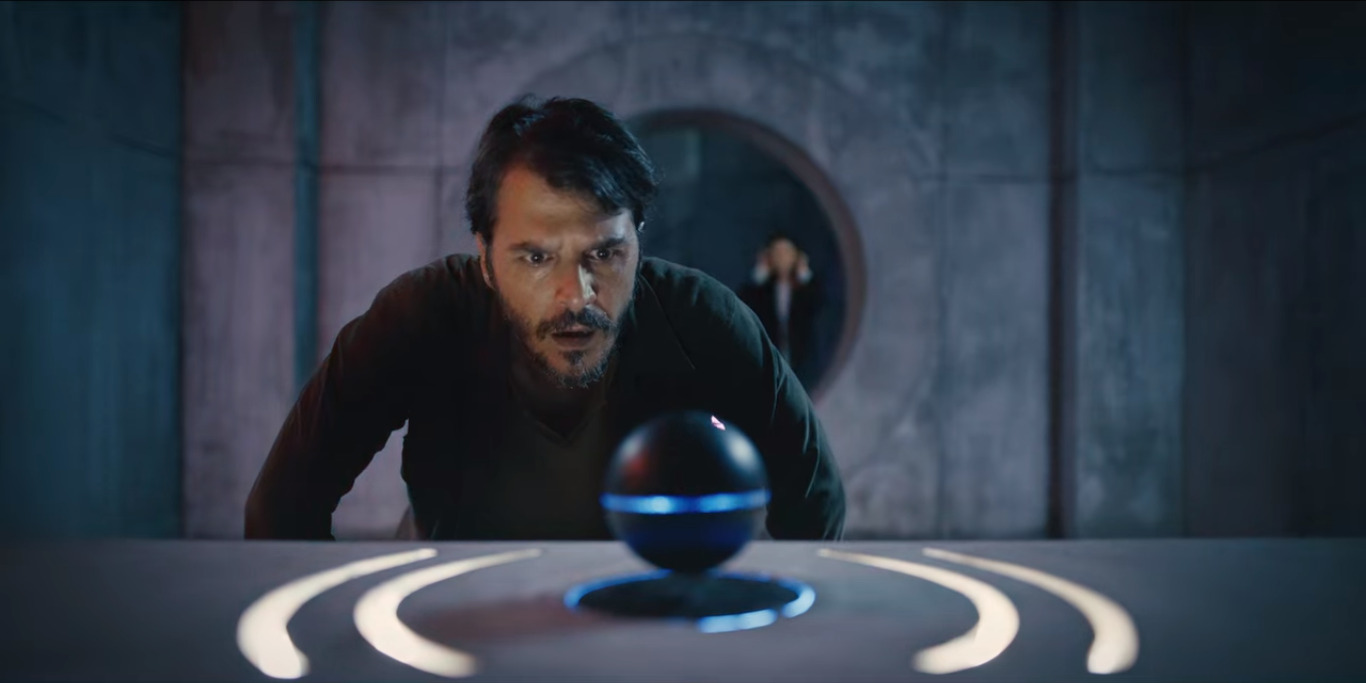 The symbol, known as Ouroboros, figures in many classical myths, and it represents the cycle of life and death. We find the same symbol in the key of Umut’s ancestral home, where Erhan and Atiye come across similar frequency-emitting screens. The secret organization seems to hold immense power, and they are the ones trying to harness the supernatural powers of Atiye and then Aden. The globe seems to be alien technology, and going by the theory that aliens were in contact with primitive humans, we believe that the organization’s scope goes beyond the realm of the Earth. An alien connection is perhaps implied, but unfortunately, there is nothing much to substantiate the theory.

What Happens to The Other World?

In the second season, we see a sinister world where pregnant women are dying. As the narrative seemingly brings us back to the timeline of the first season where Cansu is Cansu and not Elif, we do not know the finality of the other world. However, one thing is certain – Melek makes her journey to this world by the end of the second season. Ozan, in this timeline, is surprised to see the return of his dead mother, which means that Serder finally succeeds in reviving his dead wife.

The cost he has to pay, however, is hefty. On another note, we remember Atiye going back to the other world by the end of the previous season, but in this season, she is back with Erhan. This progression of the story does not add up, and it reveals a major plot hole. However, following Atiye’s theory of simultaneous realities, it is quite possible that the doomed world still exists. Following the finale of the second season, Atiye probably dies in the other world.