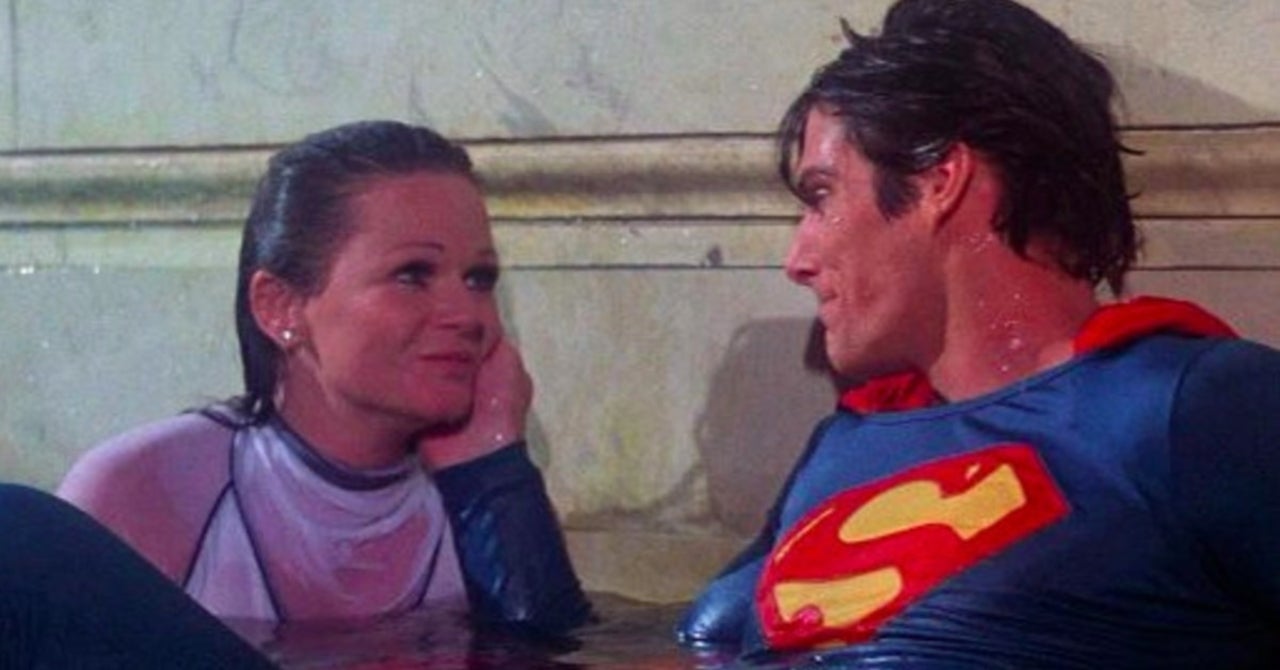 Valerie Perrine is a star who is best known for her Academy Award-nominated turn as Honey Bruce in the 1974 film Lenny, but many will recognize her as Miss Teschmacher from Superman: The Movie and Superman II. A new short-form documentary about Perrine titled Valerie hit Vimeo on Demand today and follows her unique career path from Las Vegas showgirl to her time in Hollywood. In addition to showcasing Perrine’s history, the movie also documents her current battle with Parkinson’s disease. The documentary features some big stars, including David Arquette and Jeff Bridges. One special person seen in the film is the great Richard Donner, who passed away at the beginning of the month. Donner directed Perrine in the first Superman film and can be seen in Valerie speaking about her dynamic presence onscreen.

“It was a happy set and she made it happy. It was a fun set, she made it more fun. She became Miss Teschmacher. Guys that had gone off the clock and should have gone home, everybody, the whole stage was jammed not to see Miss Teschmacher, but Valerie Perrine,” Donner shared. “Valerie, there’s only one Valerie, and if you can describe Valerie in one word, it’s ‘Valerie.’ Nobody will ever be Valerie,” the director added.

Valerie was helmed by Stacey Souther. You can check out the official description below:

“VALERIE is a short-form documentary (36 mins.) that explores the impact and legacy of legendary Hollywood actress Valerie Perrine. From her early beginnings as a Vegas showgirl, to her Academy Award Nominated and BAFTA & Cannes Film Festival winning role as Honey Bruce in the Bob Fosse directed LENNY, to her iconic role as Eve Teschmacher in the original SUPERMAN, and finally her inspiring battle with Parkinson’s and the resulting physical disabilities – VALERIE charts the high’s and low’s of the storied and beloved actress. Valerie has been a trailblazer and an inspiration for other actresses of her generation and for the greater public at large. This film is a love letter and a personal portrait of the woman who impacted so many people, is adored by millions of fans around the world, and changed the way women were forever perceived in the film industry. It’s a human story and a touching picture of a woman unlike any other and the legacy she’s built and will leave, long after her on-screen personas fade… The film features an amazing list of interviewees like Jeff Bridges, Angie Dickinson, George Hamilton, Stacy Keach, Richard Donner, Loni Anderson, and David Arquette just to name a few.”

Valerie is now available to watch on Vimeo on Demand.