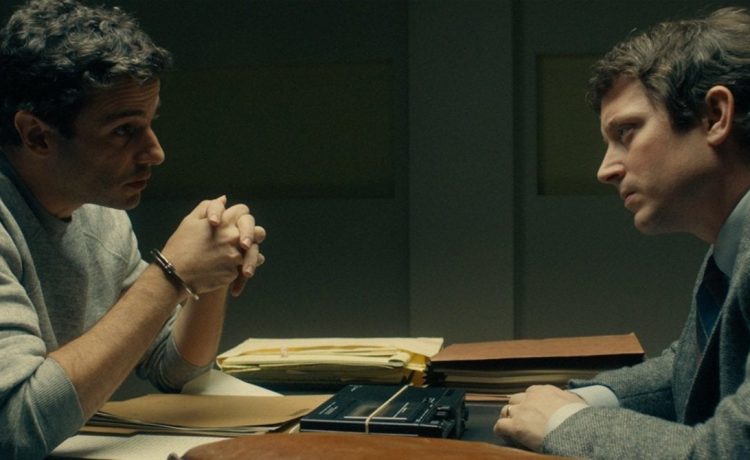 Ted Bundy is one of the most infamous serial killers in history, as he pulled off a number of murders in various parts of the country, often using his charm and looks to commit his vile crimes. In the new film No Man of God, rather than focusing on the carnage he created, filmmaker Amber Sealey focused on the later part of his life and his confrontation with his own mortality, as he spent time with FBI agent Bill Hagmaier to explain what motivated his unthinkable actions. No Man of God has earned the above trailer ahead of landing in theaters, On Demand, and Digital HD on August 27th.

In 1980, Ted Bundy was sentenced to death by electrocution. In the years that followed, he agreed to disclose the details of his crimes, but only to one man. No Man of God is based on the true story of the strange and complicated relationship that developed between FBI agent Bill Hagmaier (Elijah Wood) and an incarcerated Ted Bundy (Luke Kirby) in the years leading to Bundy’s execution.

The nature of the film meant that, rather than recreating the crimes he was known for, Kirby had to channel a much more complex mentality for the murderer.

“I was grateful that that wasn’t an aspect of the story that we were telling, for a multitude of reasons,” Kirby shared with ComicBook.com about having to emotionally capture the figure without depicting his violence. “But I was compelled by his need to survive by way of rejecting culpability or responsibility to his actions. That spoke to me in a larger context. Culturally, I have seen that behavior present itself, especially in like high seats of power, men who fancy themselves rugged individuals, present themselves as having it all figured out by virtue of their birthright. And the minute that they have been caught in an infraction, they turn tail and immediately reject their responsibility and determine that the world, writ large, is to blame. And that was a compelling aspect.”

He continued, “So it wasn’t especially draining. Although I will say that I, in playing the game of imagination, I did find the internal life that I imagined this guy lived with, especially as having been caught and having it be the last thing that he would have wanted, he did resemble kind of an ashtray by the end of his life, and that would have taken a toll. He was just a trapped individual by the end, so that was kind of taxing.”

No Man of God hits theaters, On Demand, and Digital HD on August 27th.