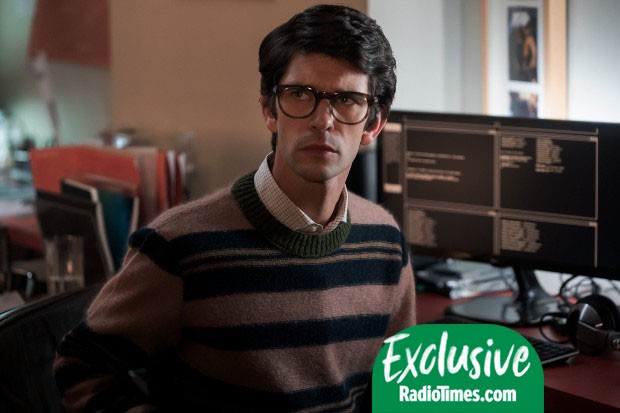 Ben Whishaw and Lashana Lynch reveal they tried not to think about “the weight” of wrapping up the current era of Bond.

The departure of Daniel Craig from the James Bond film franchise after No Time To Die poses a big question: will the series simply swap out its leading man – as has happened in the past – or are we looking at another reboot, à la 2006’s Casino Royale?

It’s as yet unclear whether Craig’s exit also means we’ve seen the last of his 007 era’s supporting cast, with Ben Whishaw – who’s played Q since 2012’s Skyfall – and Lashana Lynch – who debuts as 00 agent Nomi in No Time to Die – both insisting they’re still unsure if they’ll reprise the characters in future.

“I haven’t had a conversation about it – and that’s really the honest truth,” Whishaw told RadioTimes.com in an exclusive interview.

“I haven’t had a conversation about it [either] – and actually I’m glad,” said Lynch. “[My feeling is] just stay present, stick to this [No Time To Die].”

Lynch did add, however, that she suspects 007 series producers Barbara Broccoli and Michael G. Wilson have “ideas in their back pocket” as to where the franchise might go next.

“The last two years alone, while this film was on ice, we’ve experienced so much as a nation, as a people, as a world… so I would like to think that even the producers are just sticking with No Time to Die right now, and then keeping their ideas [for the future] in their back pocket, and letting us just really celebrate everyone’s hard work.”

No Time To Die director Cary Joji Fukunaga also told RadioTimes.com that he spent “hours” alongside Daniel Craig, Broccoli and Wilson debating exactly how the film would wrap up the current era of Bond – but Lynch and Whishaw said they tried their best not to think about the momentous nature of the movie as they were filming.

Lashana Lynch as Nomi in No Time to Die

“I don’t want to speak for him, but I think Daniel was quite adamant to be present and stay in the moment with this one,” said Lynch. “I do think personally it would be a shame to pre-empt the end and kind of wish the shoot away. So we stayed present – it felt like we were just making a movie, there wasn’t any weight over it at all. It would’ve been more of a weight to feel the end and I think more of a shame for Daniel to not have his moment that he’s been working 13 years for.”

Whishaw added: “I think generally speaking you have to sort of trick yourself – if you thought about it in those terms, about the weight or the importance, if you thought ‘I’m in a Bond film and it’s going to be seen by millions of people’, it would become overwhelming.”

No Time To Die will see a retired Bond return to active duty after his friend and CIA officer Felix Leiter (Jeffrey Wright) enlists his help in the hunt for a missing scientist. Reuniting with old friends like Q (Whishaw) and Moneypenny (Naomie Harris) and teaming with new 00 agent Nomi (Lynch), Bond must face off against the villainous Safin (Rami Malek), who plots to kill millions and who appears to be in some way connected to Bond’s beloved Madeline Swann (Léa Seydoux).

No Time To Die is released in cinemas in the UK on 30th September – visit our Movies hub for more news and features, or find something to watch with our TV Guide.