O My Dog movie will be of international quality, Sivakumar sharing interesting ideas 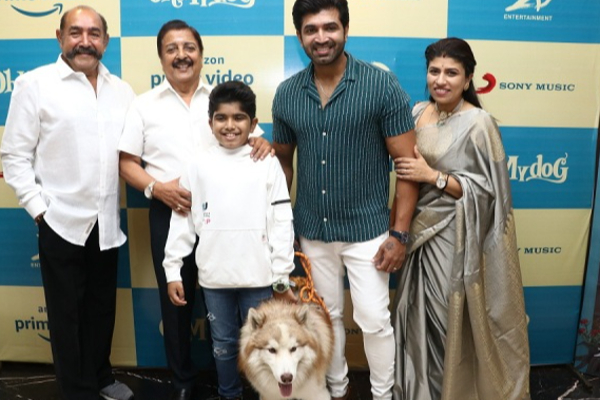 ‘O My Dog’ is an internationally acclaimed work like Disney’s ‘The Path of Surya’s Actor Sivakumar’ Open-minded Sivakumar ‘O My Dog’ Press Meet Actor Arun Vijay’s son Arnav Vijay will make his debut as a child star in ‘O My Dog’ on April 21 on Amazon Prime Released in video.

Director Sarov Shanmugam said, “I thought O My Dog should be made into a Walt Disney-produced children’s film. After preparing the nucleus of this film I thought it would be nice who made this. After that I met Rajasekar Karpura Sundarapandian, CEO of 2D. The moment I heard the story and immediately agreed was unforgettable. I think it was a blessing to meet Surya Sara after that. When I told him the story, he said he was the best. Two days later, Surya saw a photo of Arun Vijay with Arnav Vijay on a social networking site. ‘Meet Arnav and Arun Vijay and tell the story. If they agree to act, we can make this film. ‘

After meeting Arun Vijay and telling the story, he also agreed to introduce Arnav. After that I begged him to play you and your dad in this movie. They also agreed. It was because of their approval that the film came to be so great and quality.

We have created this as an international standard work for children. I firmly believe that Arnav will get the award for Best Child Star for this year.

Because of his dedicated hard work is featured in this film. I would like to take this opportunity to thank the parents for visiting the filming site with the children and for their full cooperation in the filming. The cinematographer of the film Gopinath, martial arts director Selva and composer Nivas K Prasanna have each given their full cooperation and sculpted this work. Released worldwide on Amazon Prime Video on April 21st. Please support. ” said.