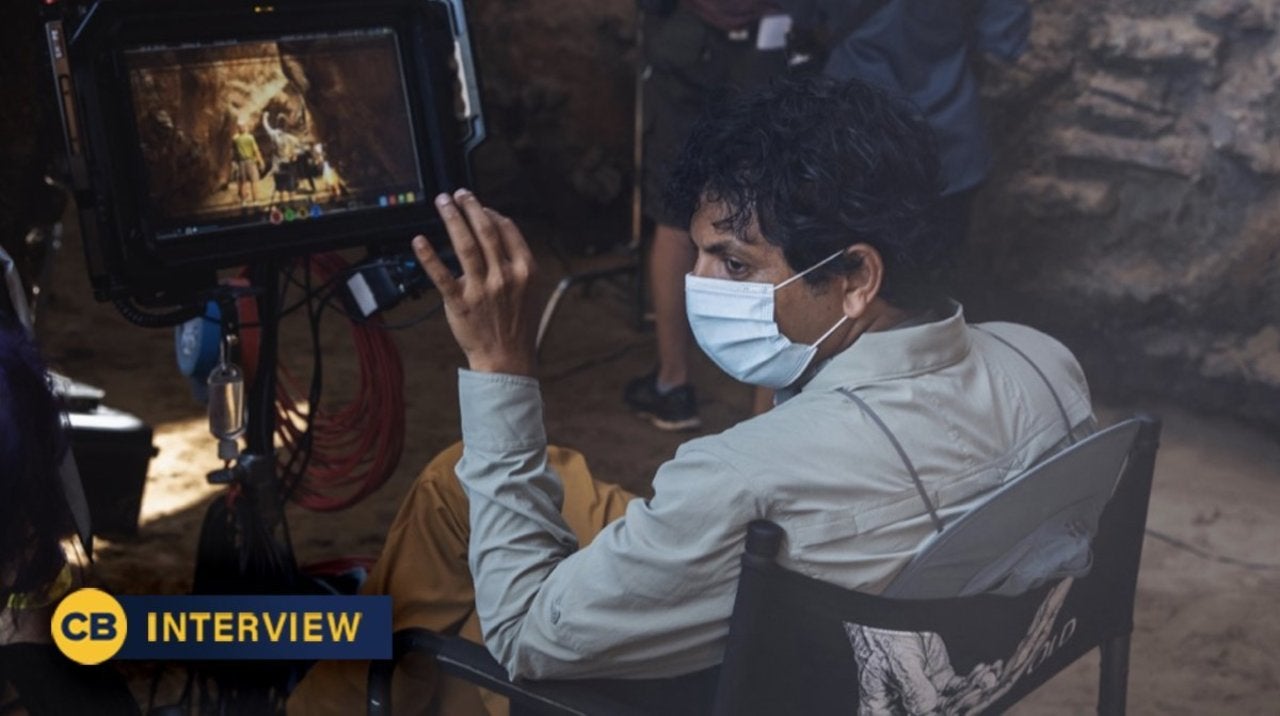 Dating back to his earliest projects, filmmaker M. Night Shyamalan has explored all corners of genre storytelling, delivering audiences grounded, complex, and compelling characters who are thrust into horrifying and fantastical situations, a trend he continues with his new film Old. Were the film to lean too heavily into the more grounded components, the otherworldly events would be unbelievable, and lean too much into the extraordinary, and audiences might not be as invested in the journey of the protagonists. Shyamalan recently broke down finding that specific blend to craft a creepy experience. Old lands in theaters on July 23rd.

“That’s the balancing act of getting the tone right of this multi-genre thing that I love so much,” Shymalan explained to ComicBook.com. “I tend to try to go from lower octane genres and slowly moving it up to a higher octane genre, so it’ll go drama then mystery then thriller then supernatural thriller then horror. You try to cadence it that way, but the drama, for me, is always the depth of it. You try to really care about the characters and their movement, their reaction to the supernatural is really the most important thing.”

The new film is described, “This summer, visionary filmmaker M. Night Shyamalan unveils a chilling, mysterious new thriller about a family on a tropical holiday who discover that the secluded beach where they are relaxing for a few hours is somehow causing them to age rapidly … reducing their entire lives into a single day.”

Another component of blending these tones is that, while he might dabble with fantasy and sci-fi, he often comes back to the horror genre, though he finds ways to explore new and seemingly disconnected themes within these ambitious narratives.

“Whenever I have some hankering to work on a romance or a comedy, I just incorporate it into the style of genre that I’m doing,” the filmmaker expressed. “So The Visit would be my desire to be more comedic. In general, these movies, the dark humor aspect of it, I’ve had more opportunity in these four movies to do that and I love that, that opportunity. For example, like Old, I wanted to talk about romance a little bit so there’s that [which] we’ve woven through.”

In some ways, Old taps into the inevitable fear everyone has of aging, whether that be worries about their own mortality or of those closest to them.

“The intention was … It was meant to work out all of these fears of my parents getting old and my kids growing up and all the things that were on my mind, and then when I got the graphic novel, it was such a fun, Twilight Zone version of dealing with this subject,” Shyamalan shared of the filmmaking process.