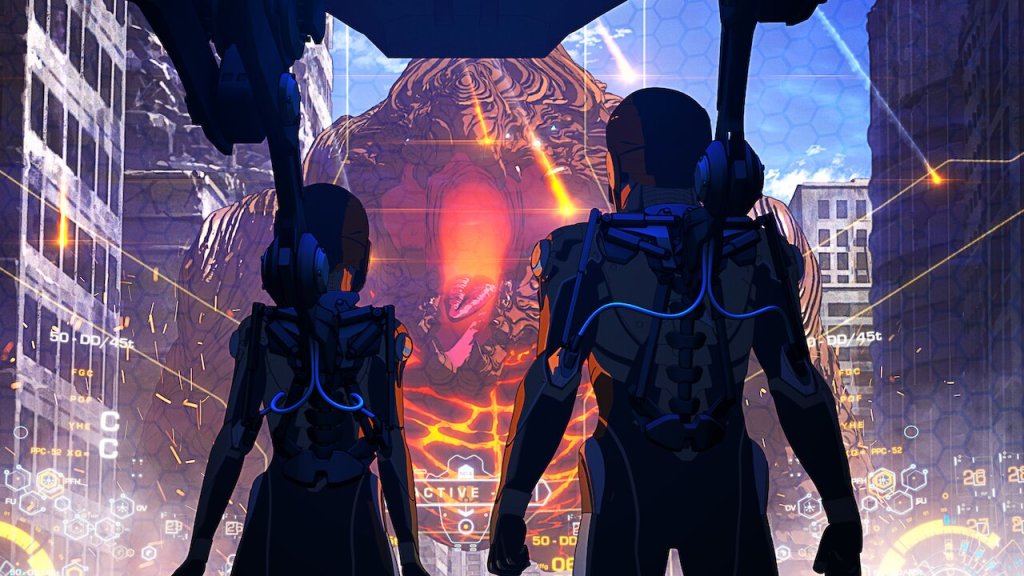 Pacific Rim: The Black Ending, Explained | Netflix Season 1 Recap When Guillermo del Toro released Pacific Rim, a love letter to mecha and kaiju sections of Japanese pop culture, in 2013, an anime exploration of this particular monsters vs. robots universe was always in the cards. Developed by Greg Johnson and Craig Kyle, Pacific Rim: The Black introduces new characters and adds novel elements to

When Guillermo del Toro released ‘Pacific Rim,’ a love letter to mecha and kaiju sections of Japanese pop culture, in 2013, an anime exploration of this particular monsters vs. robots universe was always in the cards. Developed by Greg Johnson and Craig Kyle, ‘Pacific Rim: The Black’ introduces new characters and adds novel elements to an already complex and extensive mythology.

The series revolves around siblings Taylor (Calum Worthy) and Hayley Travis (Gideon Adlon) as they try to make their way to safety through the post-apocalyptic dystopian Australia, which is overrun by kaiju. The heartbreakingly beautiful animation, combined with non-stop action and an engaging main plotline, makes the show a wholesome entertainment package. The ending answers a few of the questions that the inaugural season raises in its seven-episode run. Here is what you need to know about it. SPOILERS AHEAD.

The series is exclusively set in Australia, where multiple breaches caused the entire continent to be infested with kaiju. After putting up a brave fight in which they lost numerous jaegers, the mechanized monsters humanity use to fight the kaiju, the Pan Pacific Defence Corps was forced to order a retreat. The civilians were told to reach any of the following cities: Brisbane, Darwin, Perth, or Sydney.

Taylor and Hayley’s parents are pilots of a jaeger called Hunter Vertigo. After getting their children and others to a picturesque valley, they leave again to get help, promising their son and daughter that they will return. But five years pass, and they haven’t come back yet. The crowd of other children that originally came with Taylor and Hayley is gradually thinning out. When Hayley finds a training jaeger called Atlas Destroyer, she inadvertently alerts a Copperhead kaiju. It subsequently attacks the valley, killing everyone there except the siblings. They use Atlas to get away and hope to reach Sydney somehow. 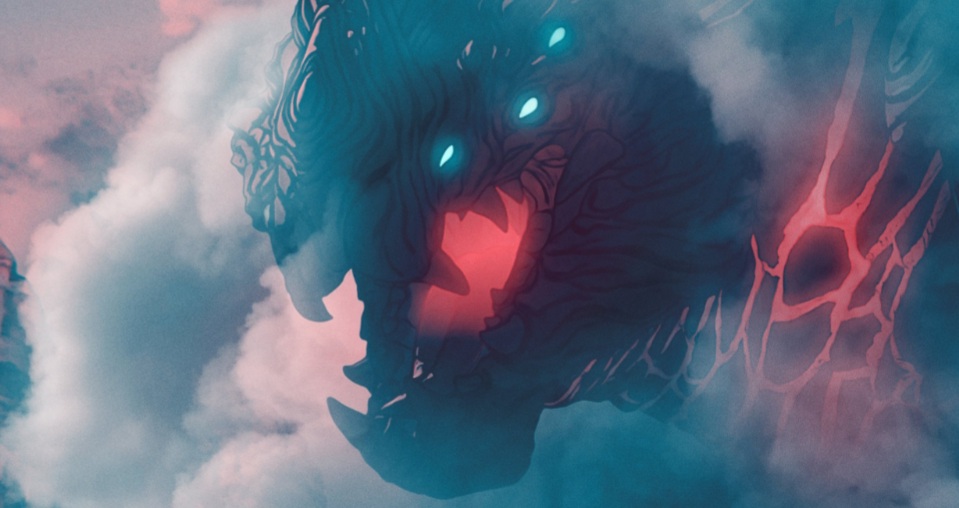 As the episodes progress, the Travis siblings rescue a young boy from a facility in Meridian City and start referring to him simply as “Boy.” They also have an unpleasant encounter with a man named Shane, who deals in both kaiju and jaeger parts. With the help of Mei (Victoria Grace), one of Shane’s associates, they manage to escape with Atlas.

In the season finale, the siblings track the signal from another jaeger to Clayton City, where they run into Mei again. They discover that the signal is coming from their parents’ jaeger, Hunter. However, there is no sign of their parents, so the siblings hope that their parents are still alive. This is when the Copperhead, tracking them since the valley, attacks, prompting Taylor, Hayley, Mei, and Boy to make one last effort to defeat their unrelenting enemy.

Pacific Rim: The Black Ending: Who Is Boy?

The prevalent question of the first season of ‘Pacific Rim: The Black’ is Boy’s real identity. As mentioned above, the siblings find him at a Meridian City facility, and he subsequently accompanies them in their journey. From the beginning, the siblings know that the child is unique. Taylor comes to believe that Boy is the product of human experiments, perhaps created for the war efforts against the kaiju. However, he fails to consider that they wouldn’t have left him behind during the evacuation if that were the case.

In later episodes, it is shown that neither poison nor even a bullet shot at a point-blank range has any effect on Boy. But he is so unassuming and quiet that his uniqueness is overlooked by most people who meet him and the siblings during their journey. Even Shane, who witnesses everything that Taylor has experienced when he undergoes the Drift with the younger man, fails to realize the true worth of the child traveling with the siblings. 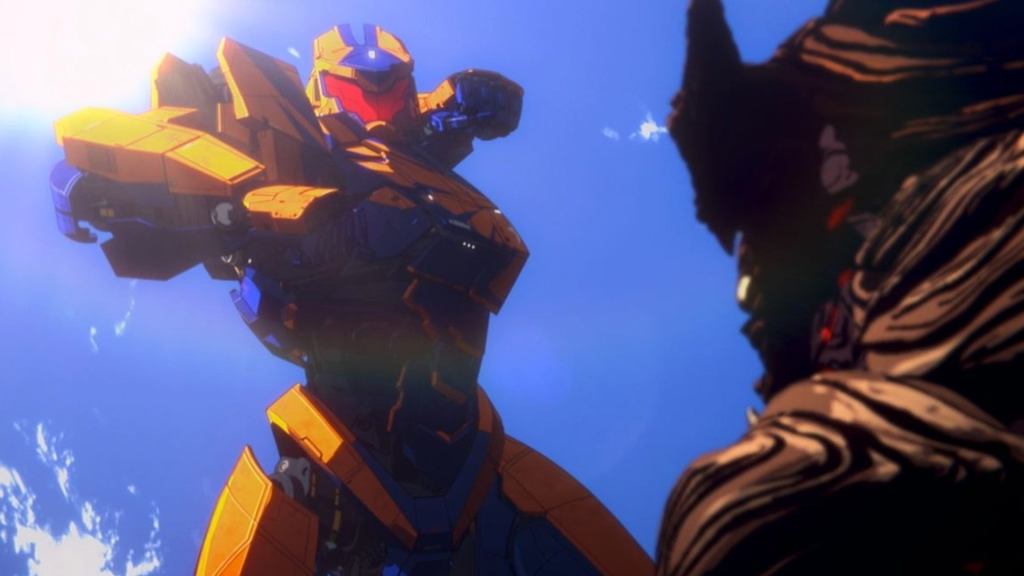 The siblings grasp the true potential of Boy during their encounter with the Biomech, with which the child communicates. In the finale, realizing that the people he cares about are in mortal danger, Boy transforms into a kaiju and protects an unconscious Hayley from the Copperhead. Meanwhile, Taylor and Mei pilot the modified Atlas together and arrive to fight the kaiju after Boy becomes trapped under debris. Mei gets her parents’ jaeger running and kills the Copperhead with the only remaining nuclear missile.

Afterward, for the first time, Taylor considers the possibility that Boy was created by the Precursors, the alien race from the Anteverse behind the breaches and kaiju attacks. A kaiju that looks like humans gives the aliens an unprecedented advantage in the war, and Taylor and Mei know it.

In the closing scenes, a group of women wearing masks arrives on the horse-like kaiju that the siblings encounter in Meridian City. They watch Boy from the top of a building, referring to him as the “Kaiju Messiah.” Considering that the Precursor society is structured like a clerical hierarchy, it is safe to assume that this cult, seemingly comprised of only women, has become associated with it. They likely even have some scriptures where a kaiju that can transform into a human has been mentioned.

What Are Some of the Unanswered Questions in Pacific Rim: The Black?

The whereabouts of the siblings’ parents are still not known. Taylor ardently believes that they are still alive, though his sister is not so sure. Both are likely aware that if their parents weren’t dead, they would have come for them. They face immediate danger from the kaiju cult. If they survive that in the following season, they might look for their parents. 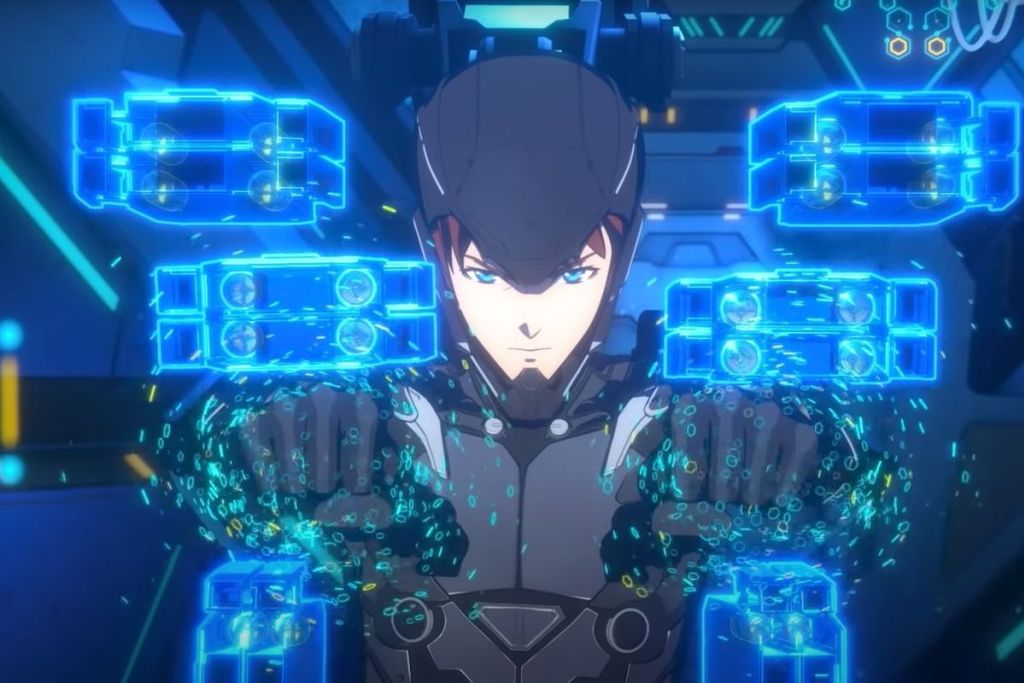 Another thing that remains a mystery is Loa’s (Erica Lindbeck), the A.I. inside Atlas, response when she sees the destroyed jaeger Horizon Bravo. She passes off her meltdown as an archive file being inadvertently accessed, but that is clearly not the case. Taylor knows this. He notices that she reacts that way only after seeing Horizon, while there are numerous other jaegers in that shared grave of monsters and mecha. When Taylor later brings it up, Loa adamantly refuses to answer. Clearly, there is a yet-to-be explored history between Atlas and Horizon and its crew.