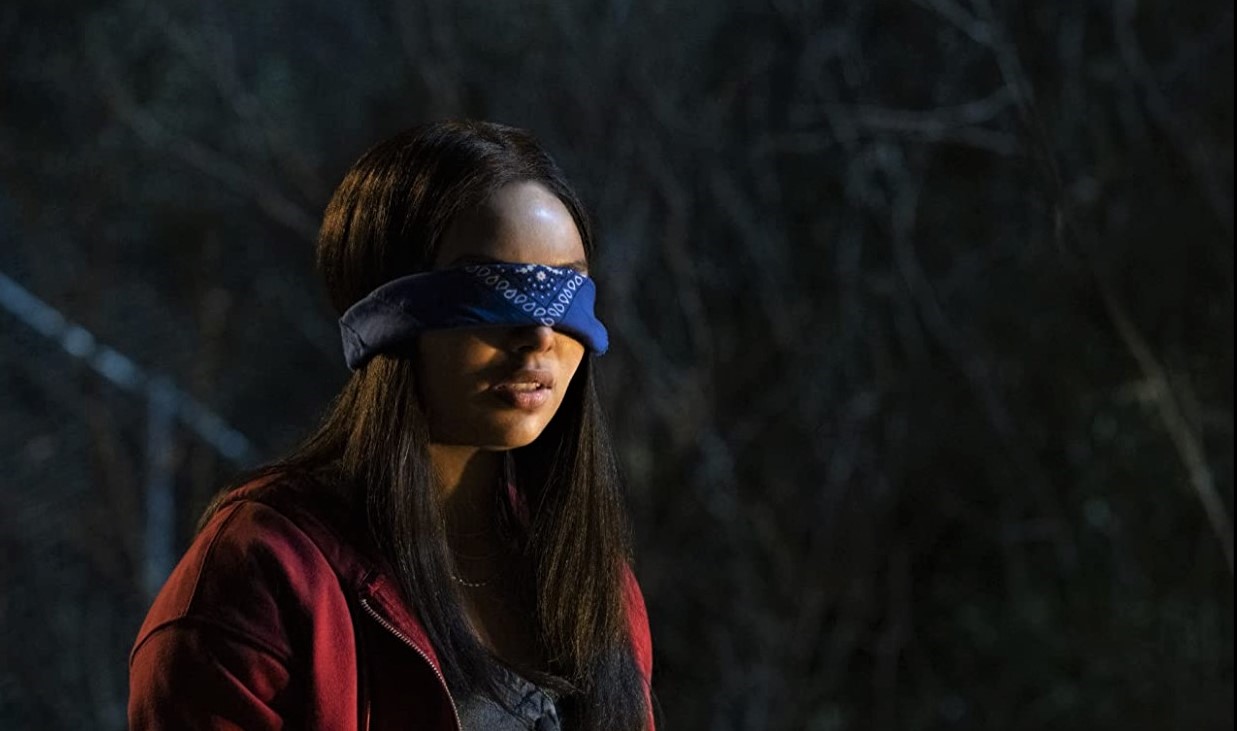 The young adult thriller series ‘Panic,’ based on author Lauren Oliver’s book of the same name, centers around a strange and deadly annual tradition in the sleepy little town of Carp, Texas. Upon graduation, the year’s most adventurous students embark on a series of increasingly dangerous challenges for a chance to leave their predictable, small-town lives behind. However, the mysterious tradition and its legacy hold dark mysteries which begin to bubble to the surface as the game gets steadily deadlier. Just in case its ending felt tangled, we’re here to help you untangle the frenzied teenage caper that is ‘Panic’ season 1. SPOILERS AHEAD.

‘Panic’ opens in Carp, Texas, with the town preparing for its annual graduation tradition before the beginning of summer. Panic, as the game is called, promises to change one winner’s life every year, but the victory comes at a steep price. The dangerous nature of the game has claimed many lives in the past, including those of two classmates just the previous years. On graduation day, we are introduced to Heather, Natalie, and Bishop, all of whom are discussing the upcoming edition of Panic. Bishop says it’s a pointless sport, and Heather wants nothing to do with it, but Natalie is excited by it and claims she will win.

After Heather has her savings stolen by her deadbeat mother, she is forced to enroll in Panic, which is offering a record-breaking $50,000 reward to its winner. Much to Natalie’s chagrin, Heather wins the first challenge. Due to the two deaths caused by the deadly game the previous year, the town’s police, led by Sheriff James Cortez, are hot on the trail of the organizers and manage to raid the second challenge. This causes friction amongst the participants or “players,” which is worsened by the abrasive Ray Hall.

Ray’s older brother Luke, who won Panic a few years ago, is following the current edition of Panic suspiciously closely. As players begin to suspect foul play, the police also begin to close in. Through multiple interviews, they are able to piece together that the death of one of the boys, Jimmy (killed the previous year), was also the game’s judge. Soon after, Heather undergoes an individual challenge that involves her rescuing her young sister Lily from a tiger. Heather manages to save Lily unscathed, but the tiger escapes and is now loose in the town.

It is then revealed that Jimmy, who was also the son of the town’s sheriff, James, killed himself knowingly. As the spotlight turns to his father, it slowly becomes known that the sheriff, who is trying to fulfill a long-standing vendetta against Luke and also solve his significant financial issues, is betting on the outcome of the game and has been doing so in the past as well. The explosive revelation comes just as the game’s final challenge, called Joust, is about to begin. 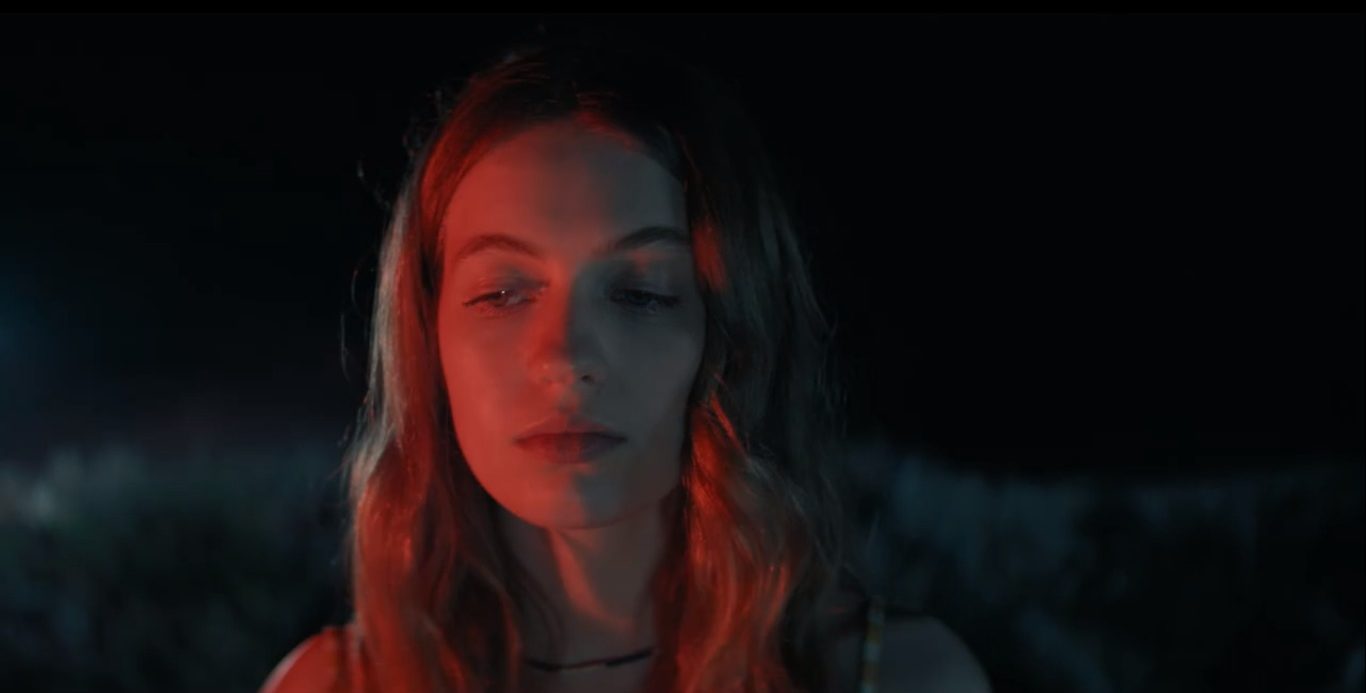 The final round of Panic sees Heather and the corrupt sheriff (disguised as Dodge) facing off. As they hurtle towards collision in a suicidal task that involves driving cars at each other, the tiger suddenly walks out in between them. Heather brakes in time, but the Sheriff loses control of his car, which crashes violently. A bruised and battered sheriff, then making his way through the forest to keep his identity a secret, is ambushed by his wife Melanie, who shoots him for his crimes. We then see Heather getting a secret package with the prize money, stating that she has won Panic.

In the season’s closing scene, however, Heather is shocked when a scarecrow with the game’s distinctive symbols painted on it is thrown at the windshield of her car. So is the game still on? In the aftermath of the tumultuous edition of Panic that has just concluded, we see the players involved heading out to pursue their lives. Bishop, who was the holder of the prize money, heads to university while Natalie, who is revealed to be one of the judges, follows her dream of moving to LA.

She also apologizes to Heather for being a part of the game and says that she will not continue the tradition of appointing next year’s judges, hence breaking the cycle and putting a stop to the game. However, the symbols on the scarecrow that accosts Heather look very much like the symbols used in the game to direct players to clues. It is also worth noting that with Heather receiving her cash winnings, the year’s edition of Panic is officially closed, making it all the more strange for a clue to show up now.

The only explanation for this is that even though the game is over for other players, Heather, who won, is now playing Panic at a higher level. Through the game’s shadowy past, it is hinted that it contains many layers, with the game’s actual creators and perpetrators remaining unknown. With the crooked sheriff and Luke, who were both guilty of fixing and betting on the results of Panic, incapacitated, likely, the true people who control the game are now reaching out to Heather. Considering her reason for joining Panic was to earn money for college, which she has achieved, it remains to be seen whether Heather will follow the clue or not.

Why Did Melanie Kill The Sheriff?

Melanie is the mother of the late Jimmy, a high school graduate who lost his life the previous year whilst attempting a Panic challenge. We are initially told that Jimmy died because someone replaced his fake Russian roulette gun with a real one. However, it is later revealed that Jimmy switched the gun himself, which he got from his father James’ gun cupboard.

James, who is the town’s sheriff, is also initially portrayed as a grieving father and the supportive husband of Melanie. However, as more and more of his nefarious plans are slowly revealed, we realize that James is obsessed with arresting Luke. He is also heavily in debt and is described as unstable by his wife as she recounts having to lock his gun due to fear for her own life. It is therefore finally revealed that James was not shattered by the death of his son but was a twisted figure from even before the fateful event.

In the end, after serendipitously surviving a suicide attempt, Melanie realizes that the root of all her misery is her husband, James. Together with Dodge’s mother, Jessica, who has also had encounters with James in the past and possibly knows of his manipulation of Panic, Melanie confronts James as he stumbles through the forest after his crash during Joust. By killing him, Melanie destroys one of the most ominous stakeholders of Panic. However, there is a high likelihood that even darker figures lurk in the upper echelons of the ancient competition.

Did Ray Use Heather to Try and Win?

Ever since the opening scenes of ‘Panic,’ where a boisterous Ray bullies Heather’s friend Bishop, the loud and abrasive crowd favorite is at odds with the show’s protagonist. The two are portrayed as opposites, with Ray being popular and fearless whilst Heather is cautious and generally not the life of the party. Heather and her best friend Natalie also, on multiple occasions, express a strong distaste for him. It, therefore, comes as a surprise when all too soon, Heather and Ray begin to surreptitiously see each other.

This also coincides with the time when Heather, in her unexpected entry into Panic, wins the opening challenge and is in the lead. After being caught with Ray, she is berated by Natalie, who tells her that she is being used by Ray so he can get ahead in the competition. Heather is visibly upset and crestfallen by the apparent betrayal. Ray is then seen manipulating others and even showing a remarkable presence of mind when it comes to cheating and getting ahead in the game. This is evidenced by his picking the yellow blindfold during the bridge challenge, which allows him to see where he’s going on the treacherous bridge.

Heather and Ray’s romance is one of the most unexpected aspects of the story, and though it seems initially that Ray is just using her, by the end, we see enough proof to realize that Ray genuinely likes her. This is most strongly evidenced in Ray’s secretive interview with the game’s hosts, where he describes Heather as a free-flying bird and himself as dead weight. Even at the end, their uneasy connection continues, and it remains to be seen whether two people as different as Ray and Heather can have a relationship or not. However, it is clear that Ray’s feelings towards our protagonist are genuine and that he was not, as she feared, using her to try and win Panic.