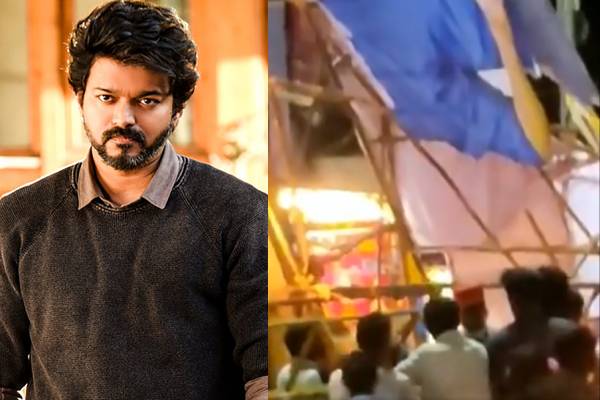 The Beast movie directed by Nelson and starring Vijay will be released worldwide in a few days.

All bookings for the film are taking place at various locations across Tamil Nadu.

In the meantime the fans who have just started celebrating have started to put the cut-outs of the Beast movie.

In this situation, Vijay’s Beast movie cut-out in Villianur, Pondicherry has been kept by Vijay’s fans in the theater there.

But at midnight the police removed the cut-out of Vijay with bulldozers. The angry Vijay fan got into an argument with the police.