Power of the Dog ending explained: What happened to Phil Burbank? 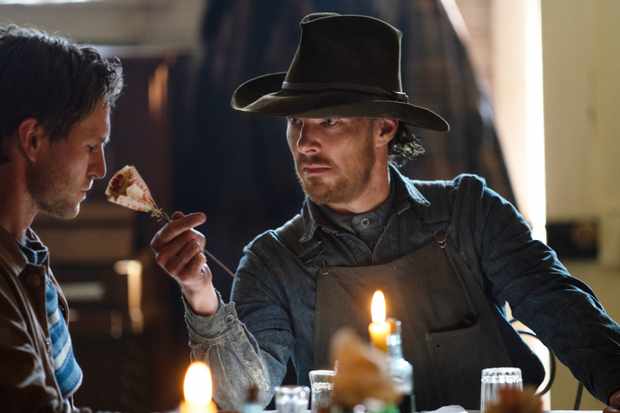 Only certain people can see what is on the mountainside.

The balance of power at the ranch shifts after George falls for widowed restaurant manager Rose Gordon (Kirsten Dunst) and the two go on to marry.

Moving to the ranch with George, Rose finds herself tormented by the presence of Phil.

However, events on the ranch take an even more unexpected turn when Rose’s son Peter (Kodi Smit-McPhee) comes to stay at the ranch too.

Events build to a chilling climax that may have viewers pondering its meaning and what director Jane Campion was trying to say with the film.

Here is the ending explained for The Power of the Dog.

**Spoiler warning for The Power of the Dog**

The Power of the Dog ending explained

After initially tormenting and bullying the effeminate Peter on the ranch in front of the ranch employees, Phil begins to take the teenage boy under his wing and they spend more time together.

The closeness of Phil and Peter causes Rose to spiral into alcoholism.

As they take part in the business of the ranch, Peter slowly opens up to Phil, revealing that he found his father’s dead body after committing suicide.

Phil, meanwhile, begins to plait a lasso for Peter but when Rose sells the cattle hides Phil was using to buy gloves in a move to get back at him, he can’t continue.

Peter produces a hide from a dead cattle for Phil to use and slowly, Phil begins to open up about his closeness to his own late mentor, Bronco Henry, who he still idolises.

Phil also cuts his hand while on a fencing job with Peter.

During one conversation, Peter notices the shadows on the mountainside that appear as a snarling dog, which impresses Phil as only a few tend to notice it.

While working on the lasso into the night at the barn, Phil recalls an occasion when he and Henry huddled together for warmth in freezing weather, Peter asks if they were naked. Phil doesn’t answer, hinting at his repressed homosexuality.

The next morning, Phil does not show up for his breakfast, prompting George to check on him in bed and he is sick with his wounded hand infected.

A sick Phil is intent on handing the finished lasso to Peter but is taken away to the hospital.

Phil dies and George buries his brother. At the funeral, a doctor confirms that Phil probably died from anthrax poisoning.

While anthrax is handled on the ranch, George notes how careful Phil was with his work.

At home, Peter reads the bible verse Psalm 22:20: “Deliver my soul from the sword; my darling from the power of the dog.”

We then see Peter – with gloves on – place the completed lasso under his bed.

Watching his now sober mother Rose in a happy embrace with his step-father George, Peter smiles.

The implication here is that Peter poisoned Phil through his open wound and killed Phil to help save his mother.

Earlier in the film, Phil had been caught by servant Lola (Thomas McKenzie) dissecting a dead rabbit and studying diseases.

His peculiar morbid interests and medical studies imply he would have been well-equipped to subtly murder Phil.

His cold-hearted approach to dissection also implies he has the makings of a killer.

What has Jane Campion said about The Power of the Dog?

So what was director Jane Campion trying to say with The Power of the Dog?

She told Indiewire in regards to the bible passage and title of the film: “As the title stands, it’s a kind of warning.

“The power of the dog is all those urges, all those deep, uncontrollable urges that can come and destroy us, you know?”

This certainly fits with the finished product!

How does The Power of the Dog book end?

Jesse Plemons and Kirsten Dunst in The Power of the Dog

The film adaptation from Jane Campion is very much a faithful adaptation of Thomas Savage’s 1967 novel and the ending of her film is too.

Savage appeared to draw much from his personal experiences growing up in Western rural towns and on ranches, along with his experiences of having a mother who struggled with alcoholism.

He wrote about sexual repression and the boundaries exposed on individuals by rural settings.

Savage was married to novelist Elizabeth Fitzgerald but has been described by The New York Times as “a closeted gay man” who “drew on his formative years living and working on a Montana ranch”.

The Power of the Dog is available now on Netflix and in UK cinemas.

Looking for something else to watch? Then do be sure to visit our TV Guide.