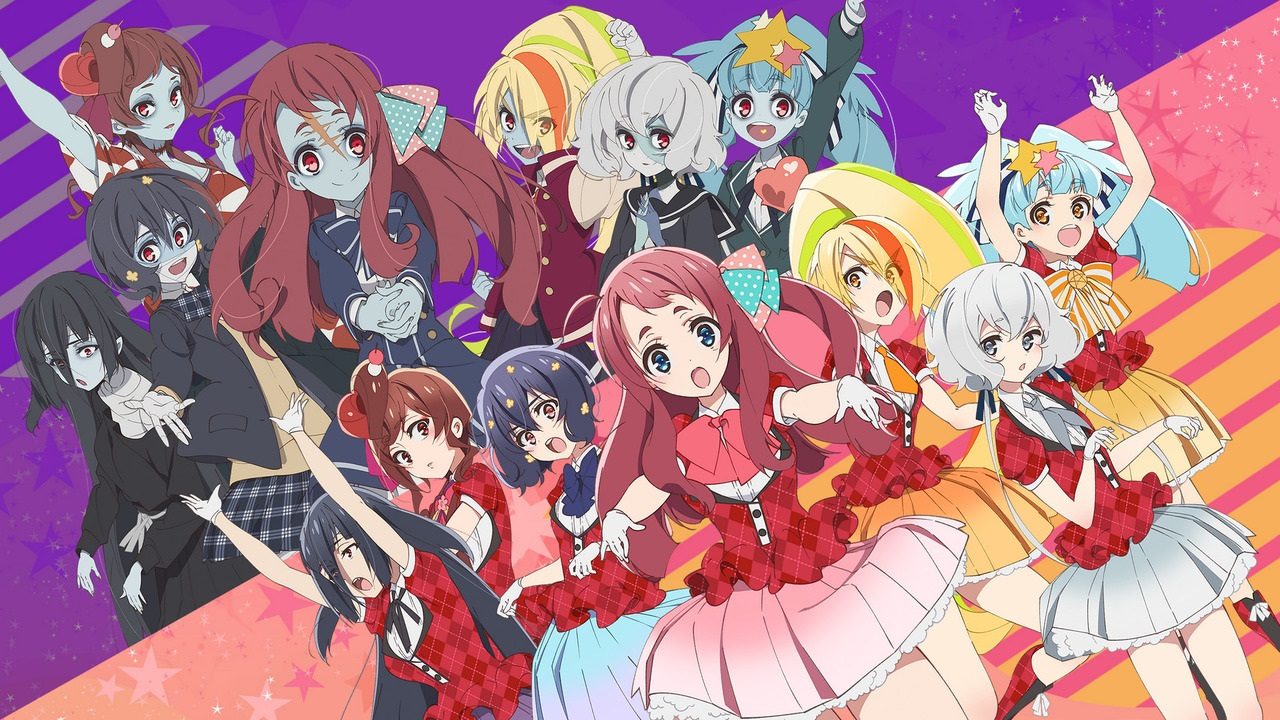 Developed by Studio MAPPA in collaboration with Avex Pictures, Dugout, and Cygames, ‘Zombieland Saga’ is an original horror-comedy anime. The story revolves around the fictional idol group Franchouchou (alternatively, Fran Chou Chou). Formed by the eccentric producer Kotaro Tatsumi, the group is exclusively made up of zombies. Kotaro resurrected legendary musicians from the history of Saga prefecture, hoping to bring about positive changes in the region. ‘Zombieland Saga’ season 1 aired between October 4, 2018, and December 20, 2018. On July 27, 2019, the announcement was made that the series had been renewed for the sophomore season, which premiered on April 8, 2021. Here is everything you need to know about the upcoming episode of the series.

Zombieland Saga season 2 (also known as ‘Zombieland Saga: Revenge’) episode 11, titled ‘All It Takes Is for You to Be There SAGA,’ is set to premiere on June 17, 2021, in Japan. The episode will be available at various times on AT-X, Tokyo MX, SUN, TVQ, Saga TV, and BS11. Munehisa Sakai served as the primary director, and Shigeru Murakoshi led the writing staff. Yasuharu Takanashi collaborated with the pop group Funta7 on composing the music, while Kasumi Fukagawa designed the characters and served as the chief animation director.

Both the opening and ending themes, “Taiga yo Tomo ni Naite Kure” (“O Saga, Cry with Me”) and “Yume o Te ni, Modoreru Basho mo Nai Hibi o” (“Spending the Days with a Dream and Nowhere to Go Home”) were performed by the voice actresses portraying the members of the zombie idol group Franchouchou.

Funimation is set to air the dubbed versions of the episodes of ‘Zombieland Saga’ season 2 or ‘Zombieland Saga: Revenge’ for its subscribers. The episodes are simulcast on Crunchyroll with original Japanese audio and English, Spanish, and Portuguese subtitles. Viewers in Australia and New Zealand can watch the episodes on AnimeLab. Muse Asia will stream the episodes on their YouTube Channel in several countries in Asia, including Bangladesh, Bhutan, Brunei, Cambodia, India, Indonesia, Laos, Malaysia, Myanmar, Nepal, Philippines, Singapore, Thailand, and Vietnam.

The first part of episode 10 recounts the events between Franchouchou’s success at Arpino Stadium and their disastrous outing at the Ekimae Fudōsan Stadium. It also depicts how the girls didn’t give up after that and slowly but surely made their way back to popularity. In the present time, Kotaro declares that he wants the girls to go back to perform at Ekimae on the same day as the year before, claiming that it will be perfect revenge for the group. After initial reluctance, the girls agree with his plan.

As the day of Franchouchou’s second performance at Ekimae rapidly approaches, Arata comes to meet Kotaro and reveals to the latter his findings. He accuses Kotaro of profiting off the dead. In response, Kotaro tells him that no matter what article the journalist publishes, Franchouchou will perform at the stadium in the following month. Kotaro later speaks about the exchange with Xu Fu. It is revealed that Xu Fu gave a prophecy according to which Saga would be hit by a cataclysmic event.

Suddenly, the lights go out amidst a violent storm. As Xu Fu begins to experience pain, he realizes that the catastrophe has arrived. Episode 11 will likely delve into the aftermath of the disaster. Kotaro might admit to the girls the exact circumstances of their resurrection. The concert just might end up saving the prefecture.