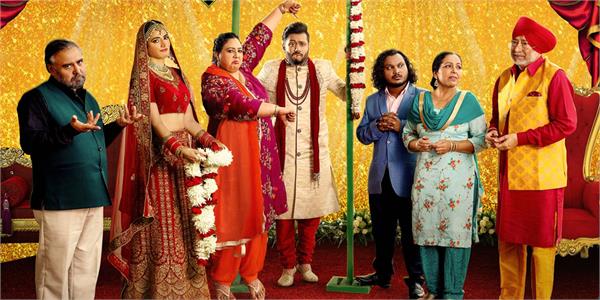 Chandigarh (Bureau) – You may have seen a lot of romantic-comedy films but the story of ‘Mahi Mera Nikka Jiha’ looks completely different. So far only the poster has been released but the title of the film suggests that the story will be based on the unmatched height of the bride and groom. Girls and boys usually have a lot of dreams and expectations for the appearance, height and personality of their spouses so that they are the best match.

However, the film’s lead actress Hashneen Chauhan will marry male lead Pukhraj Bhalla, who is short. Now it will be interesting to see how they get to know each other, how they get ready for marriage despite their shortcomings and how they make a good marriage. Will this love be marriage or at the request of the family? What will be the reaction of their family and society to their unusual pair? Generally in Indian society it is natural for the wife to be shorter than the husband but if the wife is taller than the husband then it becomes a topic of discussion. With all these questions, the team of the film has made the audience curious to know more about the film and the release of the film is eagerly awaited. The film is set to release worldwide on June 3, 2022. Apart from Pukhraj and Hashneen, the famous cast of the film includes Jaswinder Bhalla, Karanveer Deol, Anita Devgan, Sukhwinder Chahal, Seema Kaushal, Honey Mattoo and many other well known actors from the Punjabi film industry.