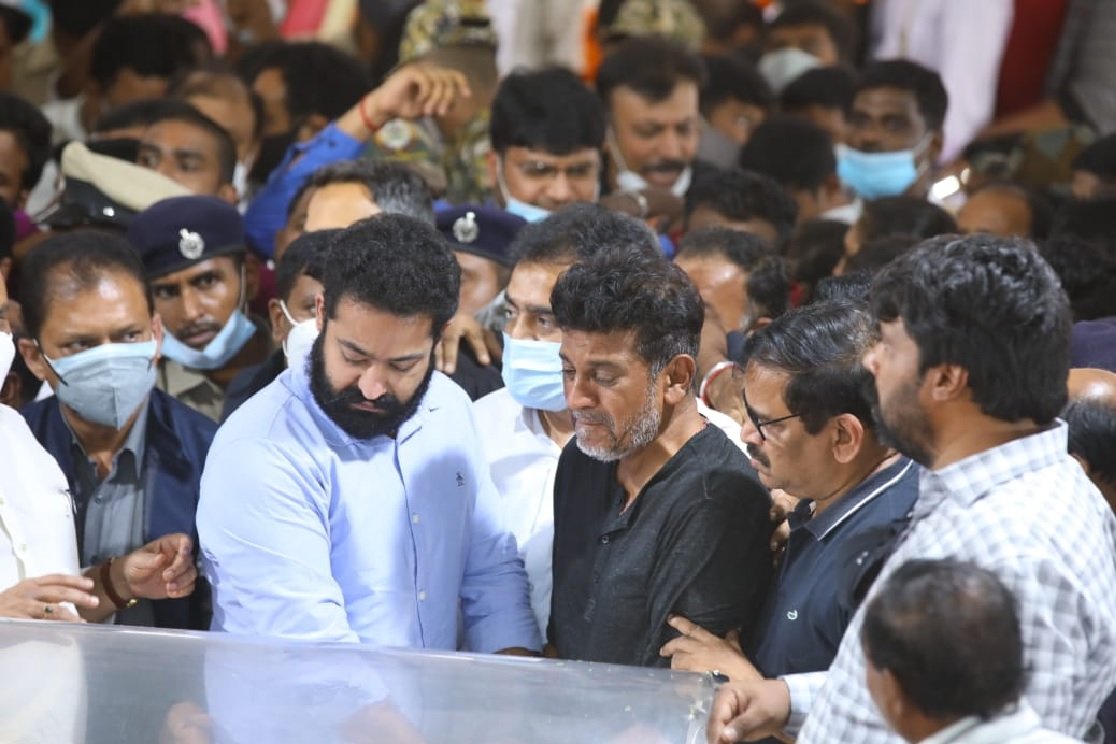 Kannada film superstar Puneeth Rajkumar passed away on Friday, 29 October due to a heart attack. His death has dealt a deep blow to the entertainment world. The actor’s body has been kept at the Kanteerva Stadium where a huge crowd of fans has come to pay his last respects. Police are also deployed there to handle this crowd of the stadium. Seeing the crowd, it is getting an idea that what is going on in the hearts of people while leaving their favorite star. Puneet Rajkumar’s funeral is being attended by many high-profile personalities.

Balakrishna & Jr NTR also reached to bid a final farewell to thier favorite star. During this, both of them cried seeing Puneeth’s body. Thousands of people have gathered at Kanteerva Stadium at this time. Everyone is desperate for the last glimpse of their favorite star. Karnataka Governor Thaawarchand Gehlot and Chief Minister Basavaraj Bommai have also reached for the last glimpse of Puneet Rajkumar.

Funeral Will Be Done With State Honors

Karnataka Chief Minister Basavaraj Bommai on Friday said that actor Puneeth Rajkumar will be cremated with full state honours. Meanwhile, the Bangalore Police has directed all liquor shops in the city to remain closed for two nights as a precautionary measure. Police said that intensive patrolling is necessary to ensure that no untoward incident takes place. His daughter, who lives in the US, is waiting for the funeral. Puneeth Rajkumar will be given a final farewell only after he reaches India.

Prime Minister Narendra Modi also expressed grief over the death of Puneeth Rajkumar. He shared a picture with him on Twitter. In this picture, PM Modi and Puneet Rajkumar were seen posing with a smile on their faces. PM Modi said that this was not the age for Puneeth to go.

Also Read- Happy Dhanteras 2021: Wishes, Images, Quotes Of Dhanteras You Can Send To Your Family & Friends