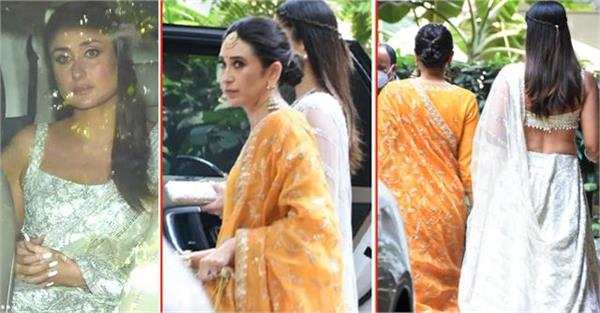 Mumbai –After much speculation, the pre-wedding ceremonies of Alia Bhatt and Ranbir Kapoor have started. The couple’s wedding will take place at their Vastu home in Bandra. On April 13, Alia Bhatt and Ranbir Kapoor will create Mahindi. Many stars have left for the couple’s Mahindi ceremony. The Kapoor sisters are also all set to make a splash at their brother’s wedding. The two sisters who left the house are looking very beautiful. Speaking of looks, Karisma is looking beautiful in a yellow suit. They complete the look with minimal makeup. Mang Tikka, with bracelets on the hands and earrings in the ears are making the look perfect. Speaking of Kareena, on the other hand, she is wreaking havoc in a silver lehenga. She was wearing a sleeveless backless bralet style blouse with this lehenga. Bebo completes her look with studs and minimal makeup. Bebo’s fans are fascinated by this look. 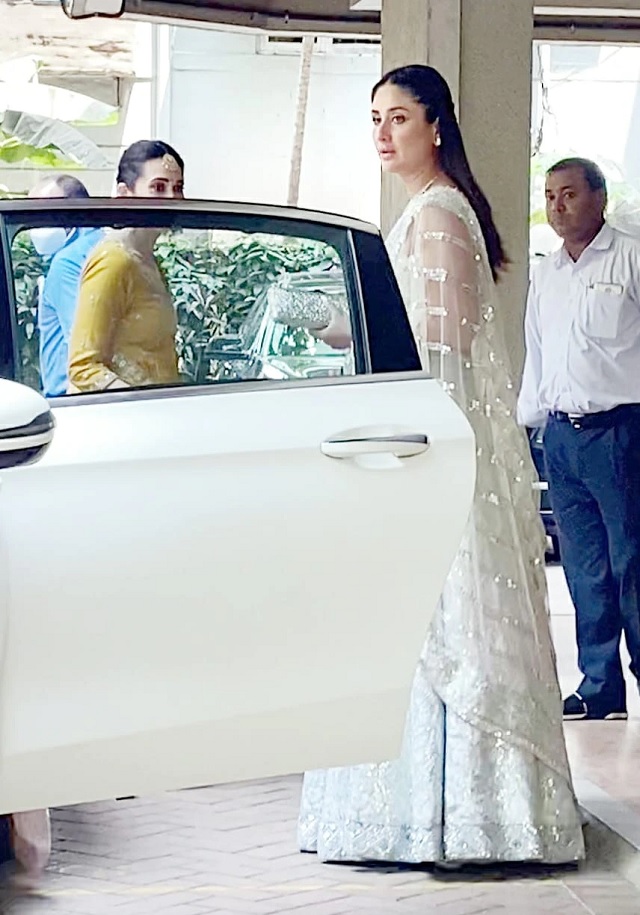 It may be recalled that at 2 pm on April 13 at Ranbir’s Pali Hill home, Vastu, a patriarchal puja was performed in memory of the late Rishi Kapoor and all the great ancestors. Which was attended by family members of both. This was followed by Ganesha worship. Along with the Mahindi celebrations, a cocktail party with special friends has also been organized. It is said that an event will be held at Krishna Raj Bungalow.

According to reports, the couple will visit a five-star hotel on April 17 according to Punjabi customs. Many media reports are claiming that Ranbir and Alia’s wedding will take place at Hotel Taj.