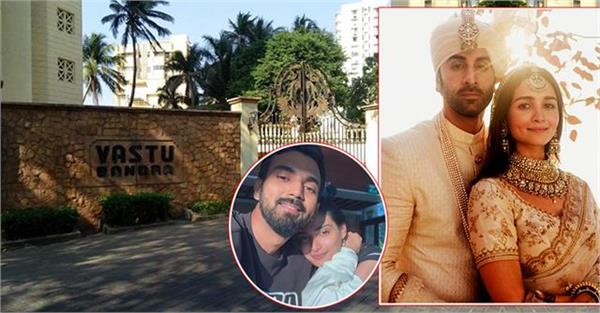 Mumbai– Actress Athiya Shetty and cricketer K.L. Rahul is always in the discussion about his relationship. The two have been dating for a long time. Athiya and K.L. Rahul may get married this year. Now there are reports that the two have decided to live in a live-in and have also got a rented house worth Rs 10 lakh a month which is located on Carter Road in Bandra and has a 4BHK apartment but now it is being said that the couple Has bought the entire flat. Athiya and Rahul will live in the neighborhood of Alia Bhatt and Ranbir’s ‘Vastu’ house. According to reports, the apartment is located on the 9th floor of the Pali Hill building in Mumbai. Until the house is properly repaired, Rahul will be living in his rented house worth Rs 10 lakh. K.L. Rahul’s future mother-in-law and Athiya’s mother Mana Shetty will design the new house. Athiya and KL will be staying with Rahul in the Sandhu Palace apartment on Pali Hill. Let it be known that Athiya and KL Rahul’s house is just two buildings away from Ranbir and Alia’s Vastu house. Some sources say that the building was bought by Sunil Shetty for his daughter. He has already visited the building with his daughter and wife.