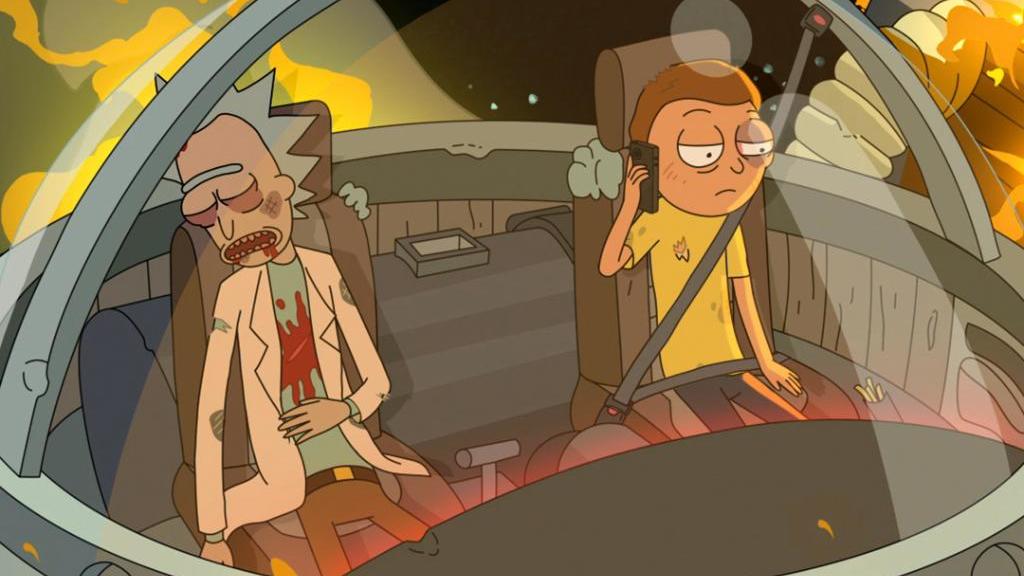 ‘Rick and Morty’ season 5 premiere is a stellar episode that highlights everything we love about the animated series. It is a classic story of Rick being selfish and Morty messing things up that is packed with pop culture references and nihilist philosophy. The episode introduces us to Rick’s enemy Mr. Nimbus (voiced by co-creator Dan Harmon), and as the two get together for dinner, things turn ugly. If you are curious to find out what new trouble our favorite grandfather and grandson duo have been up to, here’s everything you need to know about the episode’s events and ending. SPOILERS AHEAD!

‘Rick and Morty’ season 5 episode 1 is called ‘Mort Dinner Rick Andre’ and opens on a distant planet where things have gone sideways for Rick and Morty on a mission. Rick is badly injured, and Morty puts him in their spaceship, which is bent out of shape. With little hope of surviving, Morty calls Jessica, and she asks if he wants to watch a movie. Just like that, Morty’s despair disappears, and he saves himself and Rick. However, the spaceship lands in the ocean, which is the territory of Rick’s nemesis and King of the Ocean, Mr. Nimbus. 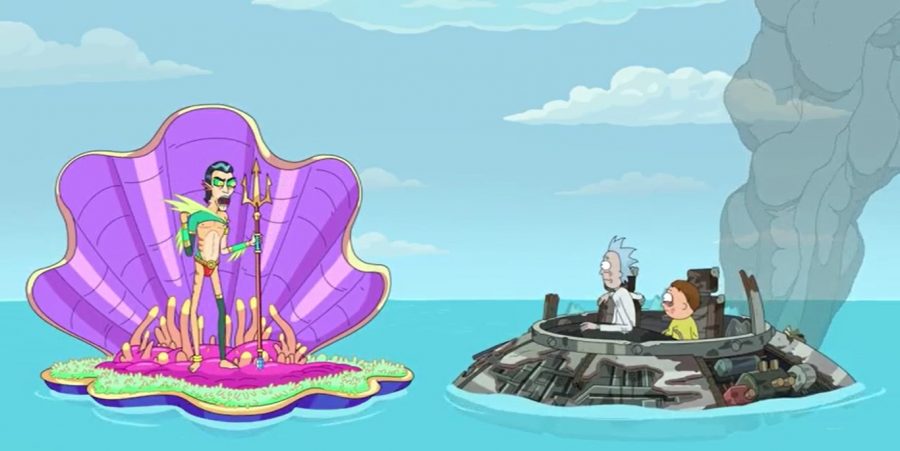 Rick and Morty Season 5 Episode 1 Ending: Is Mr. Nimbus a Friend or a Foe?

As the episode progresses, Morty’s menial task of retrieving wine, which Rick sent to a world (Hoove World) with time dilation (meaning a few seconds on Earth is a few years on the planet, hint: Narnia) so that it can finely age, becomes a complicated task. The inhabitants of that world, the anthropomorphic horse-like creatures, believe Morty to be a devil, and their entire culture is built around stopping him. After Jessica gets trapped in the Hoove world, Rick arrives to save her and Morty but is quickly outmatched. Finally, Mr. Nimbus intervenes and saves them all. In the end, just as it seems Rick and Mr. Nimbus have decided to set aside their enmity, Summer arrives with the seashell. Feeling betrayed, Mr. Nimbus beats up Rick and has the police arrest him.

Throughout the episode, Rick regularly refers to Mr. Nimbus as his nemesis and constantly expresses his disdain for the King of the Ocean. On the other hand, Mr. Nimbus comes off as a self-absorbed asshole, pretty much like Rick, but shows little signs of actually hating Rick. The two have an argument about their long-standing enmity, and both say mean things to each other. Mr. Nimbus’ words have a touch of concern for Rick and the loneliness he is engulfed in. Mr. Nimbus also mentions Rick’s wife, Diane, hinting that the two have a long history. After saving Rick, Morty, and Jessica, Mr. Nimbus reveals that he and Rick were actually friends before they turned into enemies. 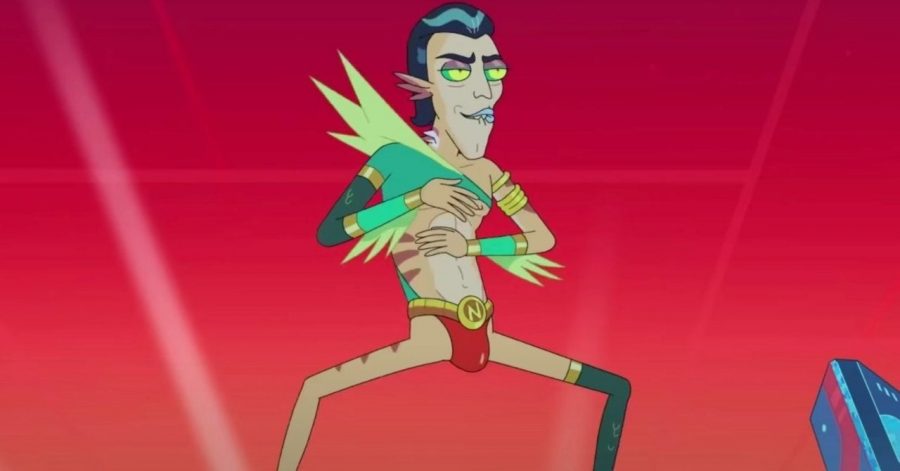 It is possible that all this while Mr. Nimbus wasn’t really Rick’s enemy, but because of Rick’s foolish self-arrogance, he was blind to the fact that he actually had a friend in Mr. Nimbus. The fact that the two enemies have a peace treaty suggests that neither wants to harm the other. It is also possible that, like at the end of the episode, Rick betrayed Mr. Nimbus in the past that began their rivalry in the first place. Ultimately, Rick’s feeling that his intellect makes him superior to others is the reason he has so many enemies. Whether Mr. Nimbus is actually one of them remains to be seen. Finding the answer will require Rick to rise above his self-pity, which sets up a compelling arc for the character.

What is Jessica’s Epiphany?

At the start of the episode, Jessica is appeased when Morty calls her, and she is excited to spend time with him. It seems like Morty’s feelings will finally be reciprocated. During their date, Jessica makes the first move and kisses Morty. The two also talk about how things have never really worked out between them due to bad timing. Later, Jessica inadvertently ends up in the Hoove World, and by the time Morty arrives to save her, years have passed. Jessica has been frozen and therefore doesn’t age. However, her time in the Hoove World changes her philosophy. 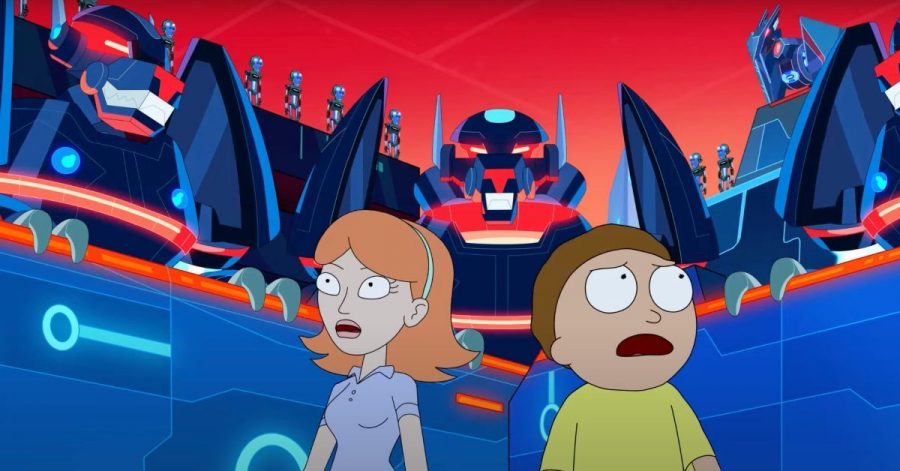 Jessica has an epiphany and realizes that time without purpose is a prison. Ultimately, this window into eternity leads her to the hilarious conclusion that she and Morty should just be friends. The entire subplot is a hysterical escalation of Morty and Jessica never finding the right timing. The fact that Morty and Jessica’s date takes place at the same time as Rick’s dinner with Mr. Nimbus also underscores the same. The time dilation gimmick of the Hoove World is likely a metaphor for Morty missing his moments to be with Jesica. Jessica’s epiphany can be interpreted as a sign from the cosmos that she and Morty aren’t meant to be together.