Rick and Morty Season 5 Episode 3: What To Expect? 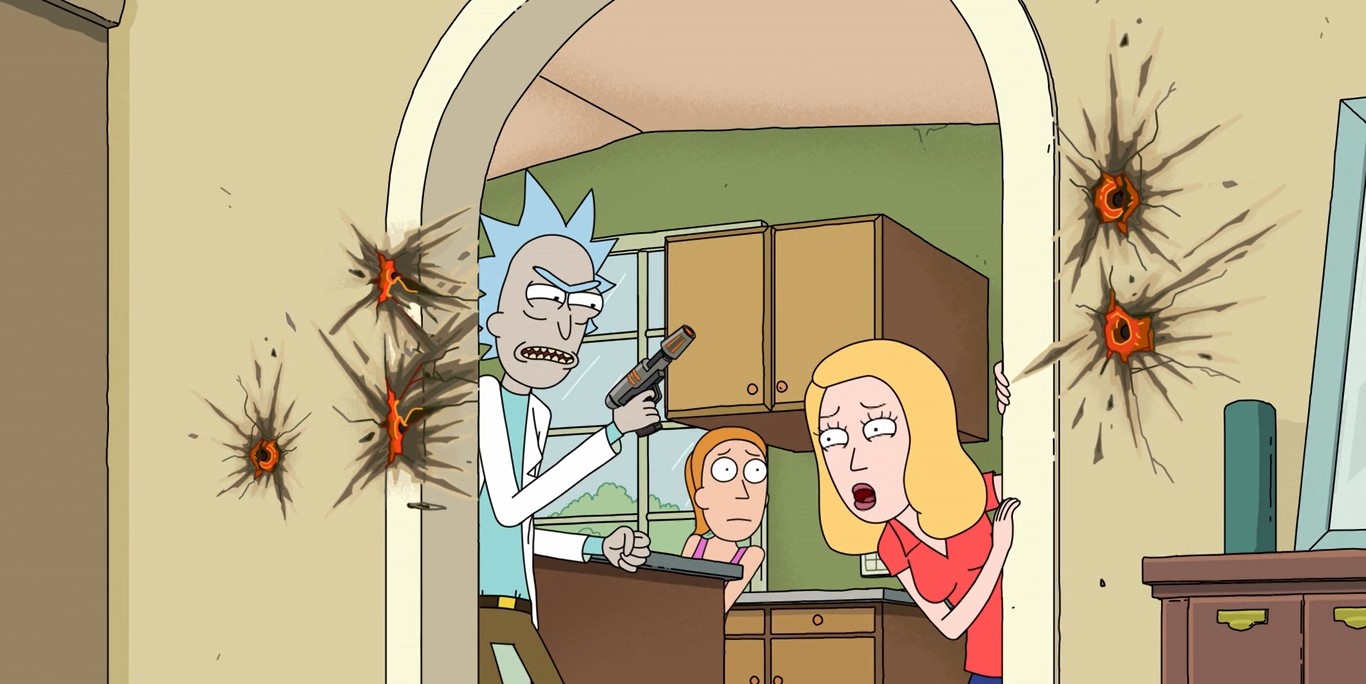 ‘Rick and Morty,’ season 5 episode 2 is a complex and layered yet irreverent and hysterical adventure of the titular duo. The episode is an interesting take on the synthetic life trope of sci-fi films made popular by the works of Isaac Asimov. It opens with a decoy version of Rick’s family being killed by a group of squid aliens. From there, a tantalizing trail of fakeouts forms to reveal that there are multiple decoy families who are at war with each other.

It is riveting to watch the various decoys come to terms with the truth of their existence in unique ways. Through these decoys, the episode explores the flaws in the family. The episode also highlights Rick’s latent need to protect his family despite him being the source of the constant dangers they face. As the episode closes out, it leaves us desiring for more, and for those of you who are impatiently waiting for the animated comedy’s next episode, here’s a look at what you can expect from ‘Rick and Morty’ season 5 episode 3.

‘Rick and Morty’ season 5 episode 3 is set to air on July 4, 2021, at 11 pm EST, on Adult Swim. The fifth season comprises 10 episodes with an approximate run time of 22 minutes each. New episodes of the show are released weekly on the network every Sunday.

Where to Watch Rick and Morty Season 5 Episode 3?

To watch ‘Rick and Morty’ season 5 episode 3 on your television screens, you can tune in to Adult Swim at the given date and time. You can also head to Adult Swim’s official website and log in by using your active cable subscription to watch the upcoming episode. Alternatively, you can opt for live TV streaming services such as DirecTV, Sling TV, YouTube TV, Hulu Live TV, and Spectrum. The new episode will also be available to purchase on Amazon Prime.

The third episode of ‘Rick and Morty’ season 5 is titled ‘A Rickconvenient Mort’ and is an idiosyncratic reference to the 2006 environmental documentary film ‘An Inconvenient Truth.’ The new episode will most likely deal with environmental themes such as global warming and rising pollution while putting its own sci-fi twist on it. Morty will be enamored by an environmentalist superhero who is dedicated to the reduce and reuse mantra.

As usual, Rick’s selfish plans are likely to intercept Morty’s romantic pursuits. The new superhero provides an opportunity for some interesting meta-commentary about the environment and the superhero genre. Morty will possibly find himself in an inconvenient situation while trying to woo his new crush. Morty might himself take on a superhero identity to impress her. Rick’s reaction to this is sure to be hilarious. In contrast, Rick might show some character development by helping out Morty in his romantic pursuit for once.