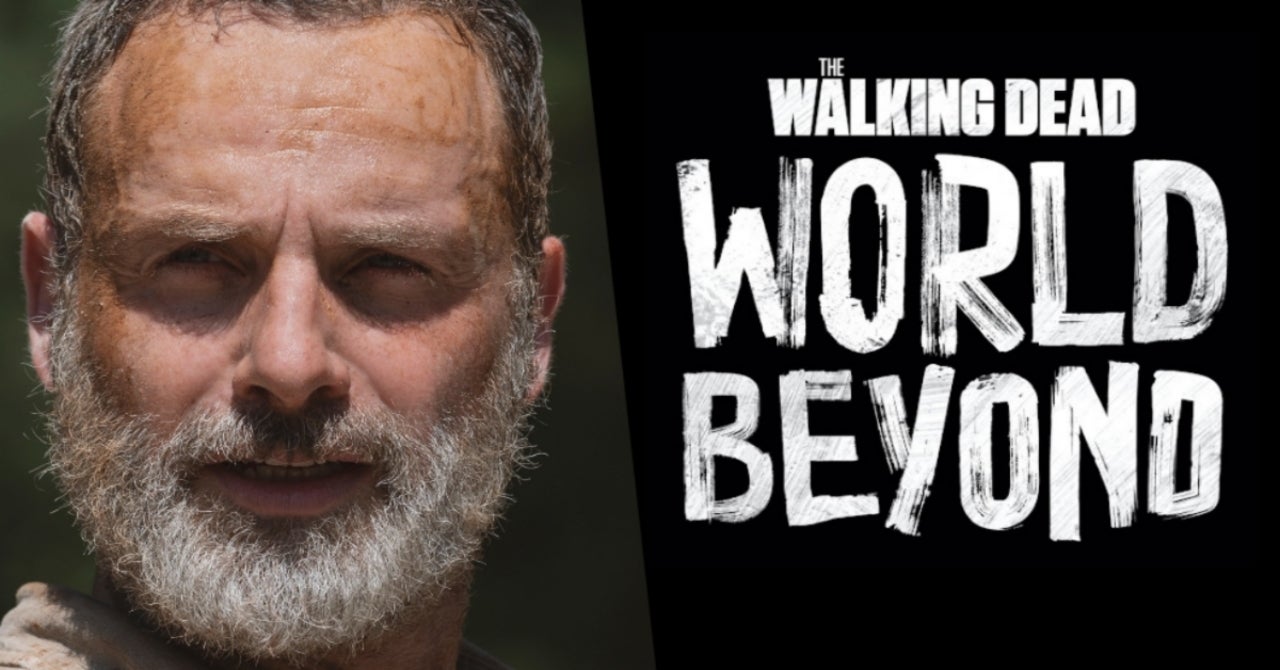 Rick Grimes will return — but not in Season 2 of The Walking Dead: World Beyond. The zombie apocalypse survivor played by Andrew Lincoln on nine seasons of The Walking Dead disappeared aboard a helicopter piloted by the Civic Republic Military, the shadowy villains after sisters Iris (Aliyah Royale) and Hope (Alexa Mansour) and their friends Elton (Nicolas Cantu) and Silas (Hal Cumpston) in the second and final season of the Walking Dead spin-off. Ahead of Lincoln’s return to the Rick Grimes role in the untitled Walking Dead Movie in development from TWD Universe chief content officer Scott Gimple, the World Beyond co-creator rules out Rick appearing in the new season premiering October 3 on AMC.

“Two words: more grout. Lots more grout. This season especially tells sort of these in-between stories to some really big things that are happening in the universe that really do join it together,” Gimple said when asked about connective tissue to the wider TWD Universe during a Season 2 panel at virtual San Diego Comic-Con. “Grout is not the most elegant stuff in the world, but not a bad analogy here. It really does fill in some story gaps, or story knowledge, that the audience doesn’t have.”

Gimple continued: “It actually gets more and more intense that way as the episodes go on. There will be a moment where — specific to that joining of the worlds, or at least getting other information about the world — there are some very big moments and some very big aspects to this season.”

Season 2 of the two-season limited event series will connect to the planned movie trilogy and elsewhere in TWD Universe, including a CRM presence in Season 7 of Fear the Walking Dead, but the plan is for Rick to return only in theaters.

“There’s a tapestry being woven here. You look at Fear, which is many years before [World Beyond], and you look at Walking Dead [Season 11], which is maybe now a little ahead of this, and bigger things that are going on in the universe — it all weaves together,” Gimple said of the CRM. “The thing that I’m proud of between these shows — and the work of the showrunners, the work of the casts, the work of the writers and the crews — is they’re owning their own piece of it, but it serves the other pieces. And they’re telling real stories with that raw material.”

Gimple previously revealed Season 2 would go to “crazy different places” where Rick might have been in the six-plus years he’s been away from his family and friends on The Walking Dead, but has made clear the spin-off is not building to a reveal of Rick’s return.

“I’m happy to be definitive with people. It is not,” Gimple told ComicBook when asked to reveal if World Beyond‘s endgame is Rick Grimes. “That’s one, I don’t know if people are being cagey about that. But I feel that one’s important not to be cagey about. I think people could watch this show and learn a lot about the mythology that Rick Grimes is caught up in. And they might even see places where Rick Grimes has been.”

“He’s not swinging around the corner,” Gimple added. “And I don’t even know if I’m making people upset saying that, but I just don’t like people watching it, sort of expecting Rick.”

The Walking Dead: World Beyond Season 2 premieres Sunday, October 3, at 10pm ET/9c on AMC. Follow the author @CameronBonomolo on Twitter for all things TWD.