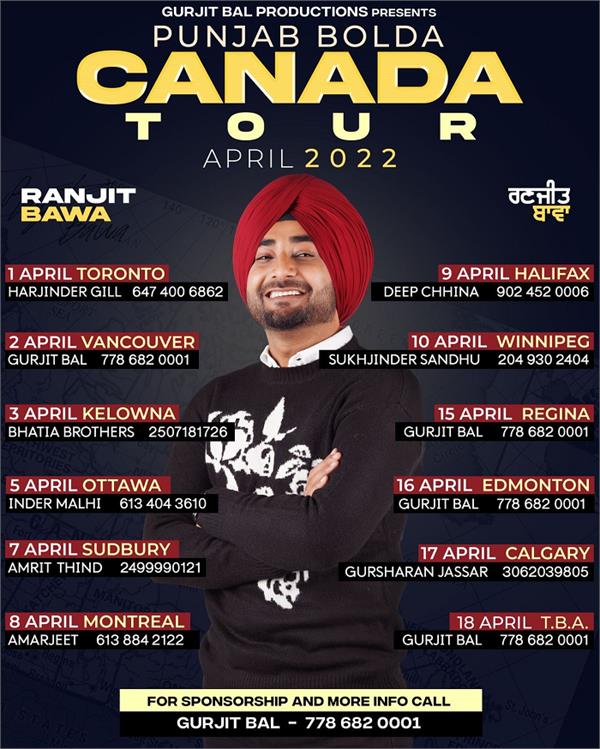 Jalandhar– Famous singer of Punjabi industry Ranjit Bawa has created a distinct identity in the hearts of the audience with his melodic voice. Every song sung by him is loved by the audience. Ranjit Bawa’s singing is very popular not only in Punjab but also among Punjabis living abroad. Punjabi singer Ranjit Bawa’s ‘Punjab Bolda Canada Tour’ which started in April recently has caused a stir across Canada. Hosted by Gurjeet Bal Productions, the concert has so far captivated audiences in major cities like Toronto, Vancouver, Montreal and in the coming days on April 15, 16, 17 and 18 in Regina, Edmonton, Calgary. Shows in India have also been sold out. 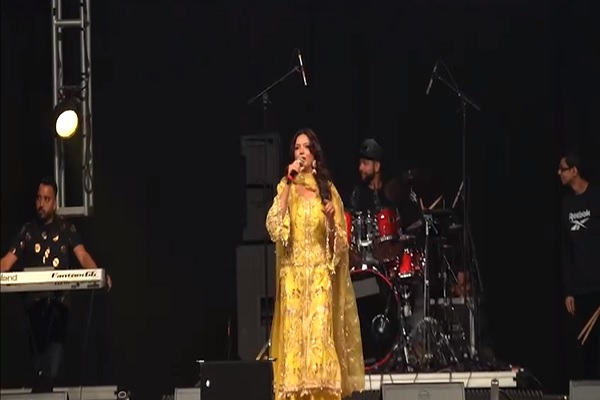 Let me tell you that all the shows of this concert are being hosted by Satinder Satti and this tour is proving to be a complete success so far.