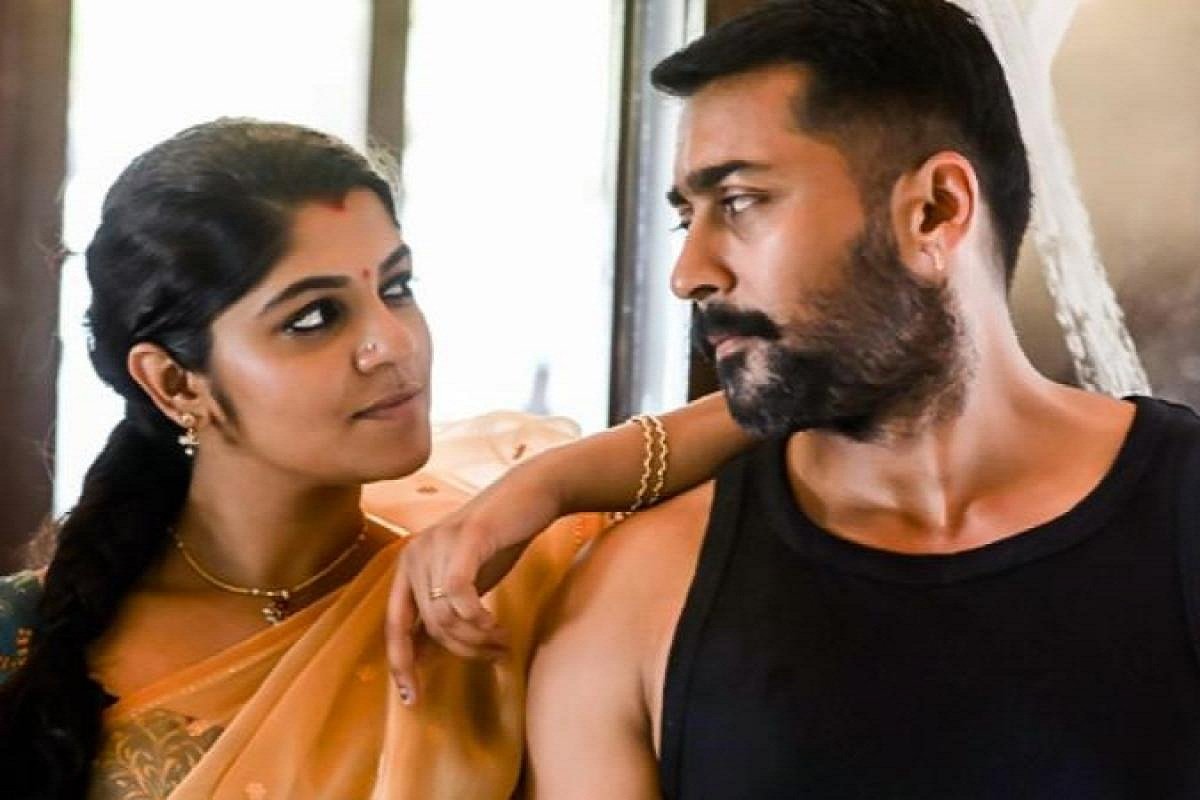 Soorarai Pottru is an upcoming movie in the Tamil language featuring Suriya, Aparna Balamurali, and Jackie Shroff in the main leading role which is going to release on Amazon Prime Video. The film is directed by Sudha Kongara and produced by Suriya and Guneet Monga. The film was initially titled Suriya 38 but somehow on April 13 in 2019 the official title of the fil, was out as Soorarai Pottru.

The trailer of the movie is out today at 10 AM on YouTube by Amazon Prime Video India. The film is a biopic movie of G. R. Gopinath played by Suriya. Soorarai Pottru is going to release on November 12 this year in 2020 on Amazon Prime.

Watch the trailer below

As per the trailer, the film is about a villager that is full of actions and rejections. The film is about his struggles and ambitions throughout his journey that he has endured while bringing his dream Air Deccan, and made it a reality. As it is a South Indian movie the film is going to have many action sequences as well.

On the occasion of Suriya’s 45th birthday, one of the songs from Soorarai Pottru was released titled Kaattu Payale and it already became a hit in the list of fans. The movie dubbed version is going to release in Telugu and the title is Aakaasam Nee Haddhu Ra. Fans are eagerly waiting for this film to release on Amazon Prime Video.

The original date to release this movie was in August 2020 but due to the Coronavirus and NOC, it got postponed. And now finally the trailer of the film is finally released after getting NOC yesterday as the makers of the movie were only waiting for permission. Soorarai Pottru is the most preceded movie of Kollywood and fans are excited to know what’s more coming to the movie.