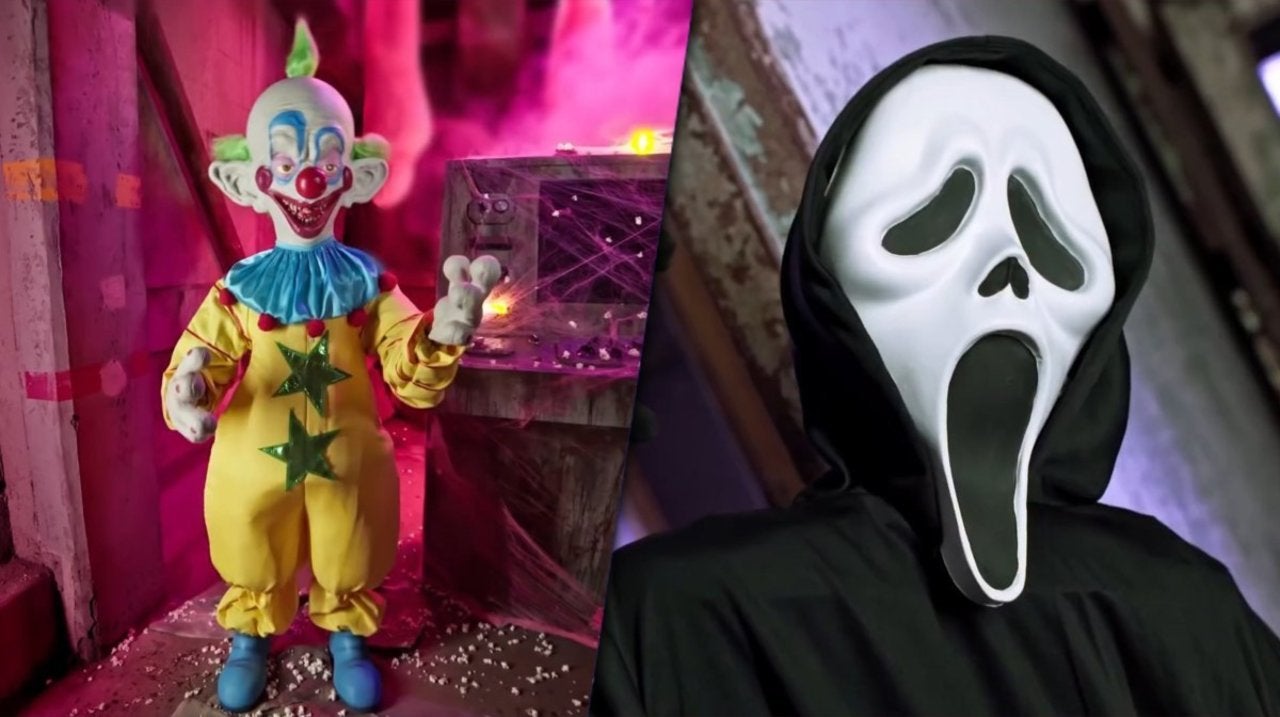 With the temperatures outside still getting higher, the minds behind Spirit Halloween are also heating up, as they aim to deliver a number of unsettling and entertaining props and animatronics to get Halloween fans in the “spirit” of the spooky season. Keeping in the tradition of previous years, Spirit will unleash not only various original characters and creations, but will also offer officially licensed and beloved figures from all corners of the horror genre. This year will include animatronics honoring “Shorty” from the cult classic Killer Klowns from Outer Space as well as the iconic “Ghostface” from the Scream franchise. Check out a trailer of the creepy figures above.

Joining Shorty and Ghostface in the “Graveyard Shift” of animatronics will be characters like Wacky Mole, Mr. Howle, Buzzsaw, Henry Hustle, Night Stalker, and Beetlejuice.

You can head to Spirit Halloween’s official website to see their full roster of characters.

The 5-foot Shorty animatronic is described as follows:

The 5.4-foot Ghostface is described as follows:

You can head to Spirit Halloween’s official website to see their full roster of characters.

Will you be adding these figures to your collection? Let us know in the comments below or contact Patrick Cavanaugh directly on Twitter to talk all things Star Wars and horror!